White House Social Media Director Dan Scavino Jr., was recently blocked from commenting by Facebook which has yet to provide an explanation for the action.

Facebook recently blocked the Dan Scavino Jr., the White House Director of Social Media and Assistant to the President, from commenting on Facebook. So far, the social media giant has not provided an explanation for blocking Scavino’s commenting abilities. Scavino called Facebook out in a post to his page which included a screenshot of the notification he received when attempting to comment.

Scavino wrote: “AMAZING. WHY ARE YOU STOPPING ME from replying to comments followers have left me – on my own Facebook Page!!?? People have the right to know. Why are you silencing me??? Please LMK! Thanks.” 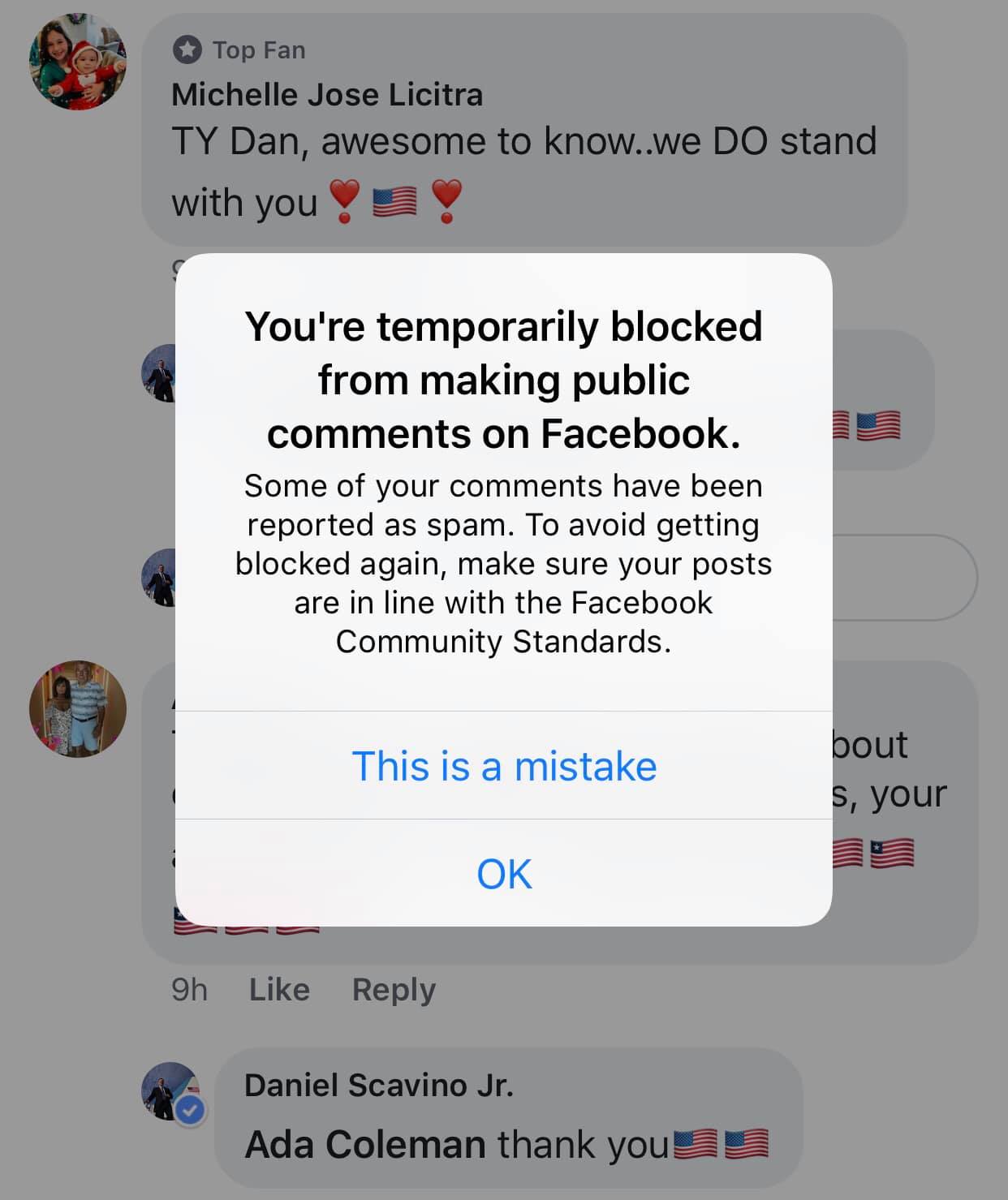 As I’ve been saying. This is a disgusting abuse of power, and of course it only goes one way. https://t.co/aQh2QN3X8j

President Trump posted a link to an article discussing Scavino’s comment block to his own Facebook page with a quote from the article which reads: “‘Facebook abruptly censored the account of President Trump’s chief social media guru, blocking him for simply responding to a question from a reader.’ #StopTheBias”

Breitbart News reached out to Facebook about the issue and was informed that the social media firm is “currently looking into” the issue but has yet to provide further explanation as to why Scavino was blocked from commenting or if this block will be removed. President Trump also posted a tweet yesterday calling out the left wing bias across social media.

Facebook, Google and Twitter, not to mention the Corrupt Media, are sooo on the side of the Radical Left Democrats. But fear not, we will win anyway, just like we did before! #MAGA

Breitbart News will be following this story closely and will report on any changes to Scavino’s account.