Shortly before the White House summit on social media, Twitter crashed unexpectedly both in many areas of the United States and in other countries.

Social media website Twitter crashed today shortly before the White House summit on social media was set to take place. Users attempting to access the website were greeted with the message seen below, stating “Something is technically wrong.” The site assured users that it was “going to fix it up and have things back to normal soon.” As of 3:55 p.m. Eastern time, some areas are reporting service restored while some users are not yet able to access the site.

A screenshot of the error can be seen below: 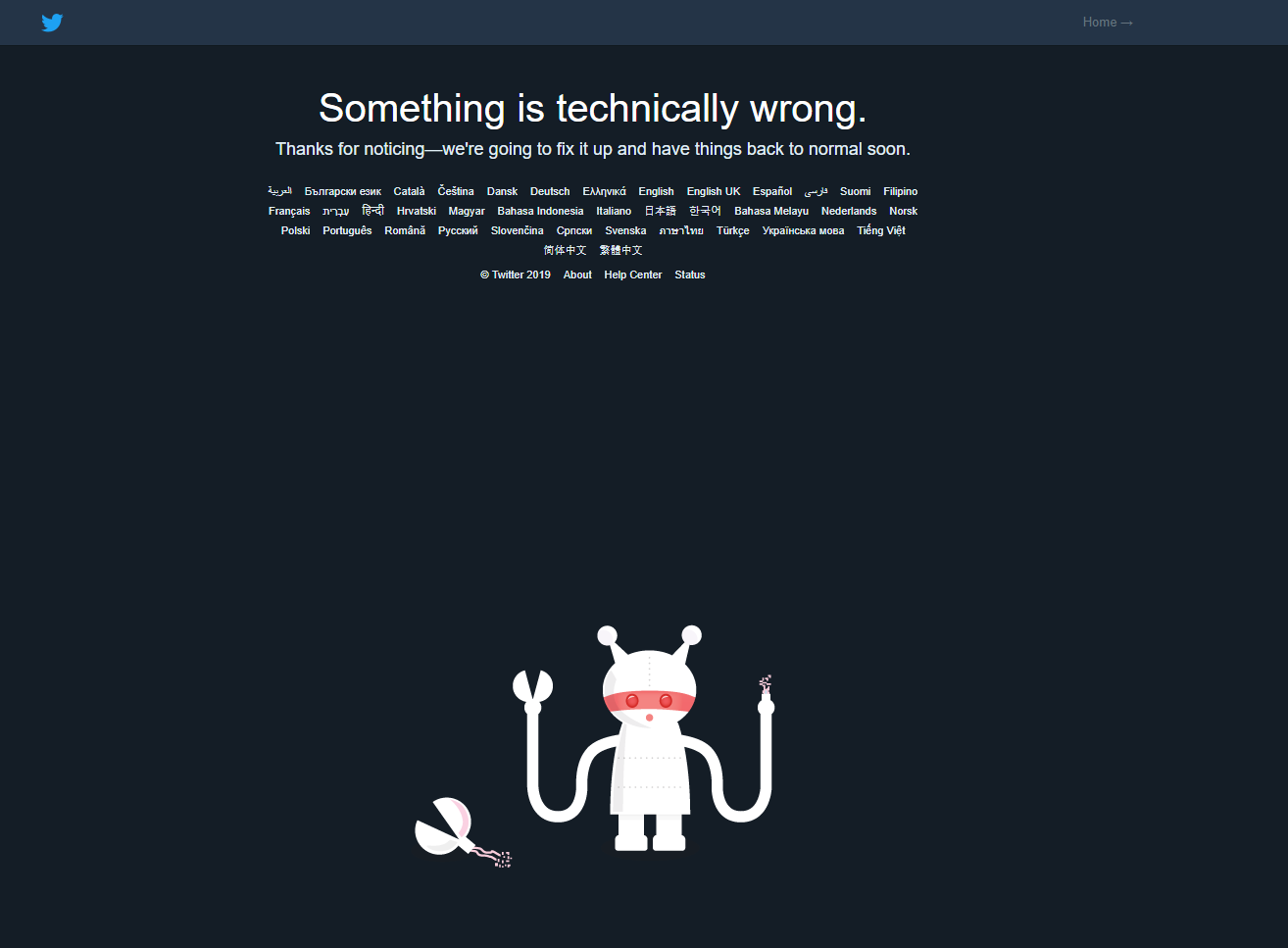 The website DownDetector.com showed that at its peak, there were 69,687 reports of Twitter users experiencing issues with the site. The reports reached their peak around 3:00 p.m. As can be seen by the outage map from DownDetector below, the areas most affected appear to be located in the United States and Europe:

The comment section of DownDetector.com hit over 8,000 comments at the time of the writing of this article and was growing with more users reporting issues with the site.

The White House is holding its social media summit today where it will discuss the many issues surrounding social media and Silicon Valley tech firms. “This event will bring together digital leaders for a robust conversation on the opportunities and challenges of today’s online environment,” White House Deputy Press Secretary Judd Deere said to Breitbart News.

The president said in a tweet earlier today which is currently inaccessible:  “A big subject today at the White House Social Media Summit will be the tremendous dishonesty, bias, discrimination and suppression practiced by certain companies. We will not let them get away with it much longer.”