A bioscience and genetics company named Colossal has reportedly raised $15 million as part of a project aiming to bring the extinct woolly mammoth back to life.

For years, the idea of bringing extinct animals back to life was seen primarily as science fiction. If you were to mention the concept to the average person, they would first recall the popular film Jurassic Park in which scientists use dinosaur DNA found in a mosquito preserved in amber to bring the huge scaly lizards back to life with disastrous consequences.

Now, it appears that real-life scientists are attempting a similar experiment. The Guardian reports that a bioscience and genetics company called Colossal, co-founded by tech and software engineer Ben Lamm, and George Church who serves as professor of genetics at Harvard Medical School, are attempting to revive the woolly mammoth. 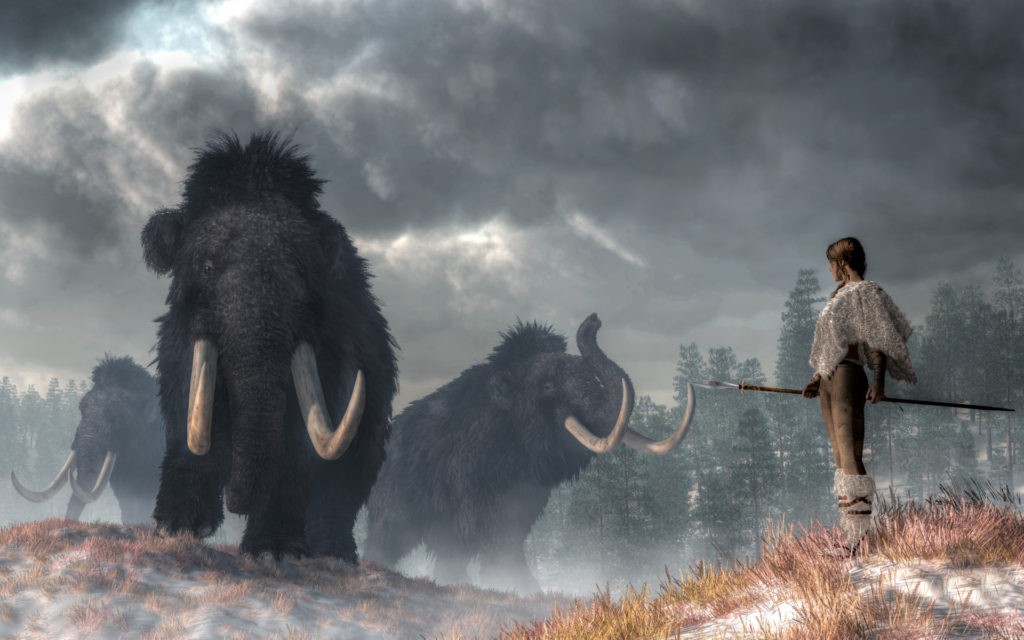 In a prehistoric wilderness, a woman faces the Gods of Winter. Three woolly mammoths emerge from the cold Pleistocene mists. The woman, dressed in white fur, holds a spear at her side. 3D Rendering (iStock/Getty)

Colossal has reportedly raised $15 million with the aim of creating an elephant-mammoth hybrid by making embryos in a laboratory that carry mammoth DNA. The project will begin by taking skin cells from Asian elephants, which are currently threatened with extinction, and reprogramming them into versatile stem cells carrying mammoth DNA.

The genes that are responsible for mammoth hair, fat layers, and various cold climate adaptions are identified by comparing the genomes extracted from a mammoth that was recovered from the permafrost with those extracted from the Asian elephants.

The embryos would be carried by a surrogate mother or potentially in an artificial womb, it has not yet been decided which is direction will be taken. The researchers are aiming to see the first set of mammoth calves born in six years.

Church told the Guardian: “Our goal is to make a cold-resistant elephant, but it is going to look and behave like a mammoth. Not because we are trying to trick anybody, but because we want something that is functionally equivalent to the mammoth, that will enjoy its time at -40C, and do all the things that elephants and mammoths do, in particular knocking down trees.”

Read more at the Guardian here.