Facebook continues to stonewall journalists on the decision-making process that led to its suppression of the New York Post’s pre-election reporting on Hunter Biden, and the role of Anna Makanju, Joe Biden’s former adviser on Ukraine policy, who held a senior content moderation role at Facebook when the story was censored.

When Facebook made its censorship decision, less than a month before the November presidential election, its policy communications director Andy Stone took to Twitter to explain that the story had been suppressed and that a “fact check” was pending.

“While I will intentionally not link to the New York Post, I want be clear that this story is eligible to be fact checked by Facebook’s third-party fact checking partners. In the meantime, we are reducing its distribution on our platform,” said Stone at the time. 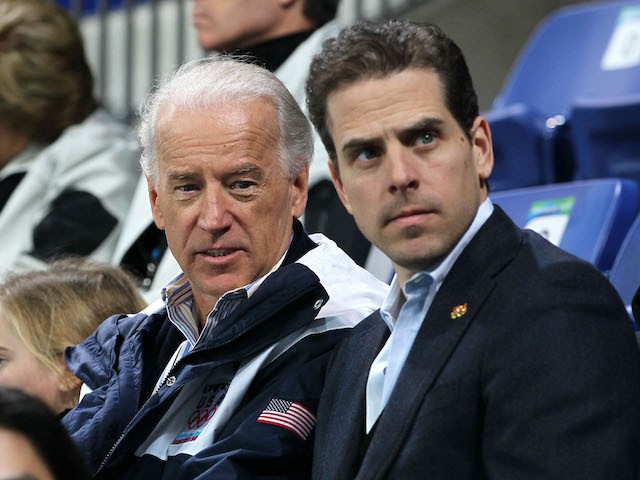 “This is part of our standard process to reduce the spread of misinformation. We temporarily reduce distribution pending fact-checker review.”

But the “fact-checker review” never came. Or, if it did, Facebook has never spoken a word about it in public.

This is part of our standard process to reduce the spread of misinformation. We temporarily reduce distribution pending fact-checker review. https://t.co/vf3CBvLmjj

Journalist Glenn Greenwald attempted to secure an answer from Stone — who, as Facebook’s policy communications director, is paid to respond to queries from journalists — but received only silence.

Amazingly, Facebook and @andymstone — having interfered in our elections by suppressing a story that the CIA, the Intercept and other media outlets lied about by claiming it was Russia disinformation — now refuses to answer questions about the outcome of that "fact-check." 👇 pic.twitter.com/9Zl6s1qJiv

Greenwald asked two questions of Stone, neither of which were answered:

1) Did Facebook in fact conduct the “fact-check” on the reporting about the Biden family that Mr. Stone referenced in your October 14 tweet announcing its suppression and, if so, what was the outcome of it? If such a fact-check was performed, does Facebook intend to make its findings public at some point?”

2) what is your reporting relationship to Anna Makanju, if any, and did she play any role in Facebook’s decision to suppress this reporting?

The last question related to a senior employee at Facebook with deep ties to Joe Biden, specifically in relation to his contacts with Ukraine, a matter at the heart of the New York Post’s reporting about Hunter Biden, which shed further light on payouts from the Ukrainian gas company Burisma to the Biden son. 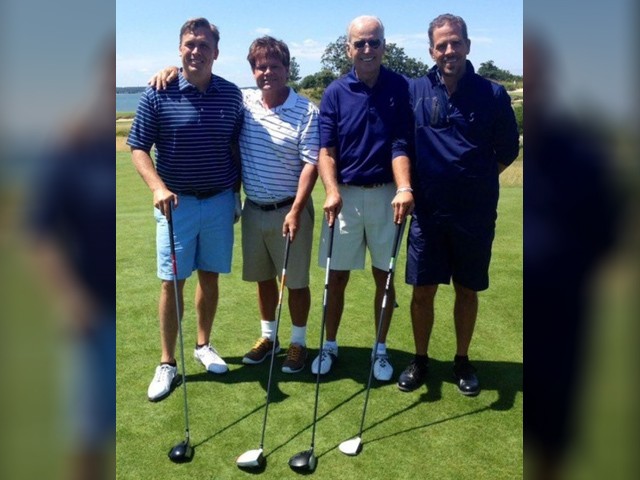 Former Vice President Joe Biden and his son Hunter golfing in the Hamptons with Devon Archer, who served on the board of the Ukrainian natural gas company Burisma Holdings with Hunter.

A 2019 article in the Washington Post notes that Makanju — now in an influential position allowing her to steer Facebook’s content moderation — also specifically defended Biden, her former employer, from allegations of wrongdoing with regards to Ukraine.

The article notes that Makanju was Biden’s senior policy adviser for Ukraine, and that she listened to the former Vice President’s calls with Ukrainian officials.

At the time of Facebook’s suppression of the New York Post’s reporting, Makanju served as the social network’s global policy manager for content regulation, which would have given her an opportunity to influence the decision. Facebook has never revealed whether Makanju was involved in its decision, or to what extent. Makanju herself, who Breitbart News reached out to at the time, has also remained silent.