Frances Haugen, the former Facebook employee who testified before the Senate commerce committee today, has a history of left-wing activism and is working with the same lawyer who represented the alleged Ukraine whistleblower who sparked the second bogus Trump impeachment.

Haugen testified before the Senate Commerce Committee today after getting the celebrity treatment from the establishment media, including a full-length interview on 60 Minutes. 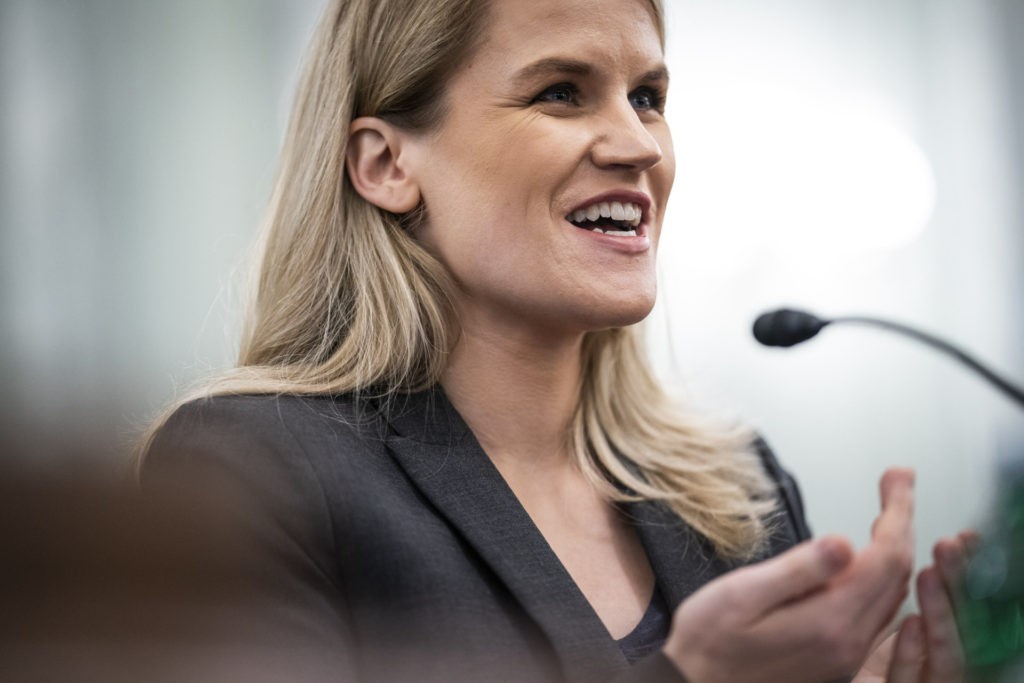 Haugen, unlike other Facebook whistleblowers who have been ignored by the media, has called for more censorship of the platform, not less — and, according to her remarks at the hearing today, wants the government to step in to make it happen.

Not only that,  but she believes that she, and people like her, should be in charge of regulating Facebook.

“There needs to be a regulatory home where someone like me could do a tour of duty after working at a place like [Facebook], and have a place to work on things like regulation,” said Haugen.

According to reports, Haugen is being advised by Whistleblower Aid, the same group of leftist lawyers who advised the “whistleblower” who sparked the bogus Ukraine impeachment of President Trump — which helped direct attention away from allegations of corruption against the Biden family over their business affairs in that country.

In particular, it directed attention away from the allegation that Joe Biden, while Vice President, pressed the President of Ukraine to drop an investigation into Burisma, the energy company that was paying his son Hunter. Leaked emails reveal officials at Burisma told Hunter that his “ultimate purpose” as an agent of the company was to thwart investigations.

Other reports have highlighted Haugen’s track record of leftist agitation and political activity, which includes pressuring Google on gender diversity, the creation of a tool that allows users to filter searches by skin tone at Pinterest, and frequent donations to Democrats, including the Democrat Senatorial Campaign Committee.

It was, of course, Democrat senators who were responsible for inviting Haugen before the committee today.