WikiLeaks founder Julian Assange on Monday won the first stage of his effort to overturn a U.K. ruling that made possible his extradition to the U.S. to face espionage charges.

The High Court in London gave the Australian permission to appeal the case to the U.K. Supreme Court. But the Supreme Court must agree to accept the case before it can progress, AP reports.

“Make no mistake, we won today in court,” Assange’s fiancee, Stella Moris, said outside the courthouse before noting he remains in custody at Belmarsh Prison in London.

“We will fight this until Julian is free,” she added.

Assange is wanted in the U.S. over the publication of thousands of classified documents in 2010 and 2011.

If he had not won the right to seek an appeal, Assange’s case would have gone directly to Home Secretary Priti Patel for a final decision on whether he should be sent to the U.S.

Lord Burnett, the Lord Chief Justice, said Assange’s case had raised a legal question over the circumstances in which judges received and considered assurances from the U.S. about how he would be treated in prison. 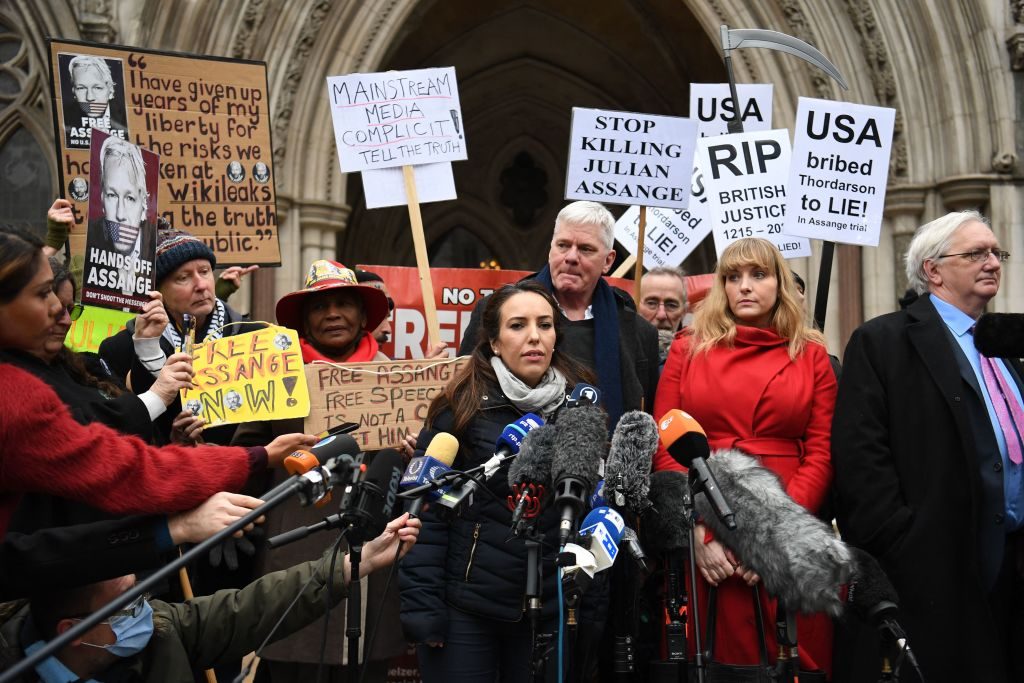 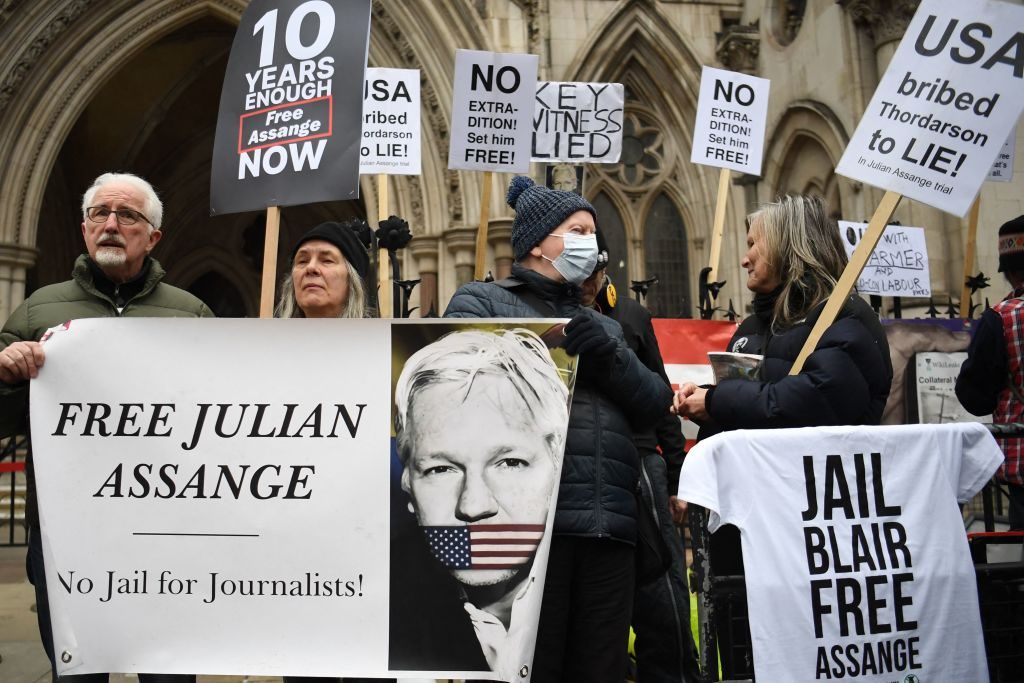 Supporters of WikiLeaks founder Julian Assange hold a placard during a protest against his extradition to the U.S. outside the High Court in London on January 24, 2022. (DANIEL LEAL/AFP via Getty Images)

Assange has no guarantee of a hearing despite being able to petition the Supreme Court. In practice this means his case may take many more months to come to a conclusion, the AP report outlined.

The Wikileaks documents alleged the U.S. military had killed hundreds of civilians in unreported incidents during the war in Afghanistan, while leaked Iraq war files claimed some 66,000 civilians had been killed and prisoners tortured by Iraqi forces.

The U.S. says the leaks broke the law and endangered lives but Assange says the case is politically motivated.

Assange’s lawyers now have 14 days to make the application to the Supreme Court.

The BBC reports the Committee to Protect Journalists cautiously welcomed the High Court ruling and said if Assange were to be prosecuted in the U.S. it “would set a deeply harmful legal precedent.”