Messaging and social networking app Telegram, which has built a reputation for guarding users from invasive government surveillance and censorship, appears to be buckling under official pressure, shutting down two dissident channels in Hong Kong following threats from regulators.

The South China Morning Post reports that the two channels were shut down for allegedly disseminating the personal information of government officials. 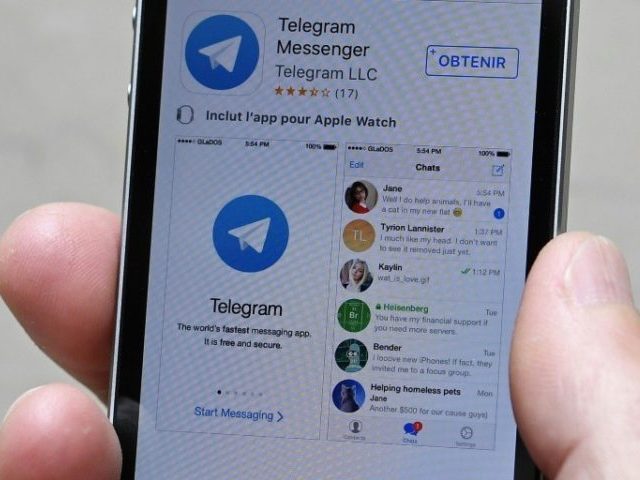 Telegram on Friday shut down two channels for allegedly disseminating private information without consent after they appeared under the same name as an account that was previously blocked following a report filed by Hong Kong’s privacy watchdog.

But two channels with the same name appeared shortly after the main account was shut down. The channels, identifying themselves as “main” and “ancillary” accounts, had allegedly shared the personal information of some pro-establishment figures. They had about 1,000 and 650 subscribers respectively.

In a Post check on Friday, all messages had been removed from the two channels, with a label saying both had been “blocked for distributing the private information of individuals without consent (doxxing)”.

Telegram’s decision came following threats from Hong Kong’s privacy regulator, the Privacy Commissioner for Personal Data, to shut down Telegram in the Chinese territory following the alleged targeting of government officials. Bloomberg reported last month that the regulator was considering curtailing public access to the platform.

At the time, Telegram sought to project a balance between protecting dissidents and compliance, telling Bloomberg that it supports free speech and the right to peaceful protest, but that “content that discloses personal information without consent (doxing) is not allowed and routinely removed.”

Last week, Der Spiegel reported that Telegram has also begun to comply with western governments, handing over user data to the Federal Criminal Police (BKA) in child abuse and terrorism cases, although the company is reportedly still reluctant to hand over data related to other crimes.

Telegram continues to claim on its website that “to this day, we have disclosed 0 bytes of user data to third parties, including governments.”