“The American Republic will endure until the day Congress discovers that it can bribe the public with the public’s money.”

In part one we discussed how there are only two forms of government. In part two we discussed the history of those two forms. Now we’re going to discuss how the BG (Big Government, aka statist) types have infected our political system.

We’ve all heard the sordid history of Communism and hard socialist countries, which are all totalitarian dictatorships. Nations like North Korea and Zimbabwe are economic basket cases which have famines and moribund economies; police states in which human rights are non-existent. Cuba keeps its citizens prisoner and rations food. These are just a few examples of what happens when BG systems are taken to their extremes.

Human beings operate mostly out of self interest. BG systems allow an elite class to have complete control over every aspect of the public’s lives. Those who love power love to abuse it.

By contrast America has the longest running, continuous Democratic-style government in the world. As writer Mark Steyn put it: “After 215 years, the U.S. Constitution is not only older than the French, German, Italian, Belgian, Spanish and Greek constitutions, it’s older than all of them put together.” The U.S. is also wealthiest nation in the history of the human race. It has the freest economy (or did). We have liberated many millions of people around the world from tyranny and we’ve engaged in more charity and aid work outside our borders than any nation on earth.

But all of that is under the threat of ending. Ending due to a systematic erosion of the very principles that have made us great.

Our LG (Limited Government) system has been beset on several fronts. We know that in the past the BG Communists and Hard Socialists have been trying to undermine our society for almost 100 years. We now know that radical Islamists want to tear us down and have been at it for awhile. But the BG statists have failed in many of their goals. The worst threat to our country has come from within — from some of our own elite and political class. 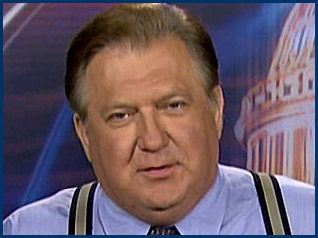 Many American elites were enamored of the control that a Marxist government promised. It meant mastery over every aspect of society. In the minds of these elites, it could be used to create a utopia of their own devising. These people called themselves Progressives. They started in the 1880s before the Soviet revolution. They did not agree with Marx entirely, but they liked his theories overall. They wanted to break up the power structures in America in order to redirect industry toward their goals. They moved to prevent blacks, illiterates and immigrants from voting so they had more control over the results. They pushed political and moral reforms including prohibition, to try to control behavior and the direction of the country.

They saw the Constitution as a hindrance to their efforts because it limited the powers of the leaders. It promised rights that people would not want to lose without a fight. In order to convert the United States to the system they wanted, people would have to lose those rights. So they began to change the system from within.

The first progressive president was Theodore Roosevelt. He increased regulation of businesses, which was a progressive mandate. Many of these moves were good at the time, like the Meat Inspection Act of 1906 and the Pure Food and Drug Act which tried to shut down snake oil remedies. He also finished the Panama Canal and earned a Nobel Peace prize for helping to end the Russo-Japanese War. “Teddy” Roosevelt left office as a popular president and even has his face on Mt. Rushmore, But when he tried to run again for president later, against Republican William Taft, he split the vote and Democrat Woodrow Wilson was elected in 1912. That is where the problems really started. 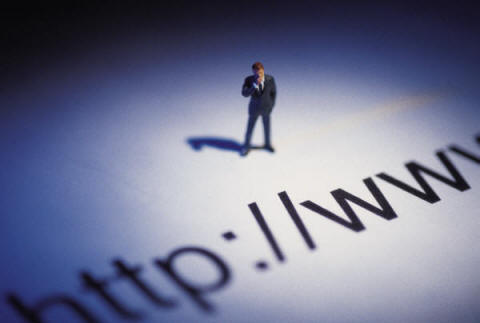 Wilson gave us the Federal Reserve, which was designed to prevent depressions and bank problems. He gave us the “progressive” income tax which was designed to pay for the expansion of the federal government. He gave us the League of Nations, an the early form of the United Nations. It was designed to prevent wars. Only the income tax “worked,” but not as promised. It was originally supposed to be a marginal 7% tax on the rich. They promised that was as high as it would get. But they raised it to 75% on almost everyone in short order. The Federal Reserve was given unprecedented powers over the economy but it has not prevented depressions. The greatest one was to follow shortly after it was created. The income tax has been used to bribe citizens with their own money, and to pit Americans against each other in the name of “class.”

At the end of World War I there was the Treaty of Versailles that Wilson had a hand in crafting. The terms of the treaty made things very hard on Germany and Italy. In both countries it lead to economic depression which inspired the rise of the Fascist political movement. The term comes from an Ancient Roman symbol of authority called a Fasces, which was a bundle of rods, tied around an axe. Many historians want to put Fascism on the far right of the political spectrum, but the truth is, it is an extreme form of BG (statism) not far removed from Communism and Socialism. The difference is, fascism purported to be capitalist, but the government gave orders to the companies. They rejected individualism and stressed group-think like all BG systems. They targeted any cultural or ethnic groups that refused to assimilate or were out of favor with the state. Italy started it and Germany soon followed.

Many elites in America and other parts of Europe were impressed by the Fascists at first. The Fascists seemed to be getting their economies back on track. The racist polices of the National Socialists (Nazis) in Germany appealed to such luminaries as Henry Ford, Charles Lindberg and George Bernard Shaw. In fact, many leftists at the time praised the Fascists. They were allies with the Soviet Union and the left approved of the Nazi’s plans to eliminate the “undesirables” in society. We had our own version of that here.

One of the later mainstays of the Democrat’s platform is abortion and they heavily promote and defend Planned Parenthood, an organization founded by Margret Sanger. Sanger aimed to eliminate the “negro race.” She believed in forced sterilization of the poor and handicapped.

As Fascists rose to power, the world was suffering through the Great Depression. President Franklin D. Roosevelt is credited with ending the depression, but economists have found that he actually extended it by seven years. FDR in fact expended the federal government more than any president in history, up to that time. He created Social Security which was an ill conceived Ponzi scheme that promised money to people on retirement, but is not saved or invested. He created the Federal Communications Commission in order to have control of the state’s message. He wanted to institute a second bill of rights guaranteeing everyone a job and a house, etc. The government was already rationing food at this point. It put thousands of American citizens of Japanese descent in concentration camps. Whatever FDR would have done to make these “rights” happen would have likely been like something like Stalinist Russia. Many of FDR’s policies were draconian. But he died in office, having just been elected to an unprecedented fourth term, before he could fully implement them. His vice president, Harry Truman, abandoned many of FDR’s policies.

After the defeat of the Fascists in Europe, America became a world super-power. And in that time, the wealth of this country was turned against the people in a slow process of wearing us down through endless guilt and propaganda. The statists funded their excessive government expansion using the people’s money. The American statists, who had dropped the progressive name and erroneously referred to themselves as “liberals,” pushed for more statism. This lead to even greater expansion of the Federal bureaucracy and the erosion of the freedoms Americans once took for granted.

In Part 4 we’ll talk about the tactics that the statists are using to bring about a new era of Fascism in the United States. I leave you with this prophetic quote from our second president:

Be not intimidated… nor suffer yourselves to be wheedled out of your liberties by any pretense of politeness, delicacy, or decency. These, as they are often used, are but three different names for hypocrisy, chicanery and cowardice. — John Adams