Or something like that. That headline certainly makes as much sense as this deranged PC-rant from National Progressive Radio by way of the ancient leftist publication The Nation: “Why the Far Right Hates Soccer,” by Dave Zirin. Just when you think the lunatic fringe can’t get any nuttier, along comes this:

Every World Cup, it arrives like clockwork. As sure as the ultimate soccer spectacle brings guaranteed adrenaline and agony to fans across the United States, it also drives the right-wing noise machine utterly insane. 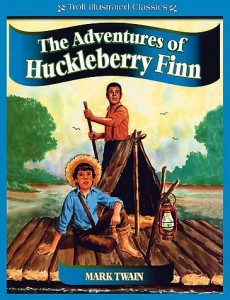 That darn right-wing noise machine, upset over a little thing like lethal soccer riots! But you know — you just know — it goes deeper than that, and we all have a sense of where this is heading, don’t we:

Dear Lord, where do we begin? First of all, I always find it amusing when folks like Beck say, “We don’t like soccer” when it is by far the most popular youth sport in the United States. It’s like saying, “You know what else American kids hate? Ice cream!” Young people love soccer not because of some kind of commie-nazi plot conjured by Saul Alinsky to sap us of our precious juices, but because it’s – heaven forefend – fun.

Among adults, the sport is also growing because people from Latin America, Africa, and the West Indies have brought their love of the beautiful game to an increasingly multicultural United States. As sports journalist Simon Kuper wrote very adroitly in his book Soccer Against the Enemy, “When we say Americans don’t play soccer we are thinking of the big white people who live in the suburbs. Tens of millions of Hispanic Americans [and other nationalities] do play, and watch and read about soccer.” In other words, Beck rejects soccer because his idealized “real America” – in all its monochromatic glory – rejects it as well. To be clear, I know a lot of folks who can’t stand soccer. It’s simply a matter of taste. But for Beck it’s a lot more than, “Gee. It’s kind of boring.” Instead it’s, “Look out whitey! Felipe Melo’s gonna get your mama!”

And there you have it: you hate soccer because you’re a racist.

Isn’t time to red-card the left for their constant yammering about imaginary racism? We’ve been hearing from the multi-culti left that soccer is the popular youth sport in America for more than three decades — big deal: it’s cheap and basically nobody gets hurt playing it — and yet that alleged popularity has never translated into meaningful audiences as the professional level. Even the vaunted World Cup — talk about a hotbed of nationalism and nativism! — draws mostly yawns on these shores.

Further, Zirin’s argument that American resistance to soccer is racist in origin is just plain stupid: international football is traditionally dominated by the European powerhouses — Germany, Italy, Holland, France, England — and the Brazilians and Argentines. When plucky little Cameroon does better than expected the world cheers. Mostly, though, the charming Third World teams are ground to powder under the mechanized onslaught of the Teutons or the agile ball-handling (so to speak — what kind of stupid game doesn’t let you use your hands?) of the South Americans.

None of this stops Zirin, in full high dudgeon at his peroration:

But maybe this isn’t just sports as avatar for their racism and imperial arrogance. Maybe their hysteria lies in something far more shallow. Maybe the real reason they lose their collective minds is simply because the USA tends to get their asses handed to them each and every World Cup. After all, as G. Gordon [Liddy] asked, “Whatever happened to American exceptionalism?” When it comes to the World Cup, the exceptional is found elsewhere. Could Beck, Liddy, and company just have soccer-envy? Is it possible that if the USA was favored to win the World Cup, Beck himself would be in the streets with his own solid gold vuvuzela? I feel that to ask the question is to answer it. In fact, this is as good a reason as any to hope for a mighty run by the US team. It would be high comedy to see Beck and Friends caught in a vice between their patriotic fervor and their nativist fear. 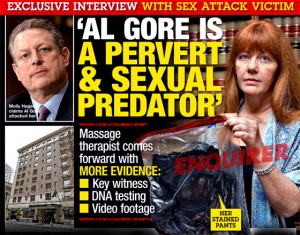