I’ve had $100,000 burning in my pocket for the last three months and I’d really like to spend it on a worthy cause. So how about this: in the interests of journalistic transparency, and to offer the American public a unique insight in the workings of the Democrat-Media Complex, I’m offering $100,000 for the full “JournoList” archive, source fully protected. Now there’s an offer somebody can’t refuse. 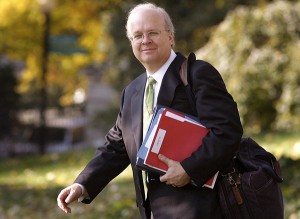 Yes, the mainstream media that came together to play up the false allegations that the “N-Word” was hurled 15 times by Tea Party participants at the Congressional Black Caucus outside the Capitol the day before the “Obamacare” vote, is the same MSM that colluded to make sure the American public accepted the smear, and refused to show the exculpatory videos that disproved the incendiary charges of Tea Party racism.

Ezra Klein’s “JournoList 400” is the epitome of progressive and liberal collusion that conservatives, Tea Partiers, moderates and many independents have long suspected and feared exists at the heart of contemporary American political journalism. Now that collusion has been exposed when one of the weakest links in that cabal, Dave Weigel, was outed. Weigel was, in all likelihood, exposed because – to whoever the rat was who leaked his emails — he wasn’t liberal enough.

When the “N-word” controversy turned out to be an almost certain falsehood, Weigel had the professional courage to come out against 399 of his “JournoList” peers when he wrote:

I think we’ve seen a paradigm shift, and that the March 20 story will be remembered by conservatives as evidence of how the media accepts attacks on conservatives without due diligence.

Weigel also had the courage to issue a correction and a mea culpa when his reporting was used as a weapon by the unscrupulous Max Blumenthal to falsely smear James O’Keefe as a “racist organizer” of a white nationalist conference. Weigel eventually stepped up and set the record straight when he found out he was falsely named as a witness to the story.

Why was he chosen for outing among 400 “JournoList” participants? I can think of few liberal journalists who have been more fair than Weigel. And if I think that, imagine what true partisans on the left feel about his erratic and ideologically unpredictable output?

Weigel’s career at the Washington Post was assassinated for his crimes against conformity. Try as he might, as a left-leaning journalist he didn’t conform enough. When conservatives jumped on his exposure, he cited defending me as a mitigating alibi. Defending me publicly is a hangable offense in them thar liberal hills!

But Dave Weigel is not the story. The “JournoList” is the story: who was on it and which positions of journalistic power and authority do they hold? Now that the nature and the scope of the list has been exposed, I think the public has a right to know who shapes the big media narratives and how. 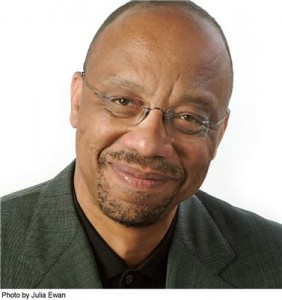 Dave Weigel is a portal into the dark world of hardcore liberal bias in the media. This opening gives us a deeper insight into the insidious relationship between liberal think tanks, academics and their mouthpieces in the media.

As we already uncovered in our expose on the “Cry Wolf” project, members of academia and think tanks are actively working to form the narrative used by the press to thwart conservative messages. Like a ventriloquist’s dummy, the reporters on the listserv mimicked the talking points invented and agreed upon by the intellectuals who were invited to the virtual cocktail party that was Klein’s “JournoList.”

And let us not forget the participation of Media Matters in the larger picture of intimidation and mockery for any reporter, like Weigel, who dares stray from the one acceptable liberal narrative in the media. Flying its false flag as a “media watchdog,” the $10 million-or-so per year agitprop command center creates and promotes a system of conformity in which it relentlessly attacks anyone who strays from the Soros-funded party orthodoxy.

The deluge of intimidation showered upon the occasional heretic by Media Matters represent another distinct layer in the media infrastructure that ensures true believer liberals are overrepresented and conservatives had better watch their step.

The fact that 400 journalists did not recognize how wrong their collusion, however informal, was shows an enormous ethical blind spot toward the pretense of impartiality. As journalists actively participated in an online brainstorming session on how best to spin stories in favor of one party against another, they continued to cash their paychecks from their employers under the impression that they would report, not spin the agreed-upon “news” on behalf of their “JournoList” peers.

The American people, at least half of whom are the objects of scorn of this group of 400, deserve to know who was colluding against them so that in the future they can better understand how the once-objective media has come to be so corrupted and despised.

We want the list of journalists that comprised the 400 members of the “JournoList” and we want the contents of the listserv. Why should Weigel be the only person exposed and humiliated?

I therefore offer the sum of $100,000 to the person who provides the full “JournoList” archive. We will protect that person’s privacy and identity forever. No one will ever know who became $100,000 richer – and did the right thing, morally and ethically — by shining the light of truth on this seamy underworld of the media.