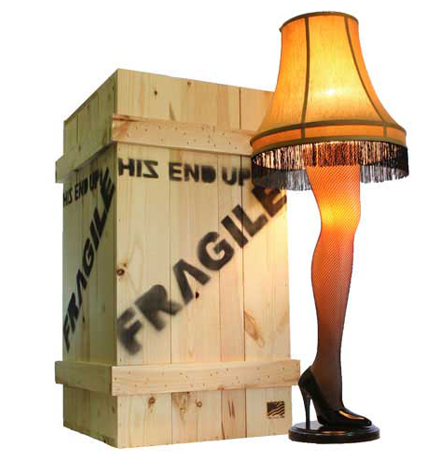 Turns out there’s a fairly clear answer to the question Why is Julian Assange doing this? Anyway, it’s as clear as the topic of human motivations ever really get. Back in 2006, Assange wrote a couple of essays on the topic of conspiracy and control. He takes the position that all authoritarian structures are conspiracies of power. His thoughts are interesting. Their may even be some truth to some of what he says. In any case, if you want to understand his motivation, grasp what he’s saying here:

A bit later he asks “How can we reduce the power of a conspiracy to act?”

We can marginalise a conspiracy’s ability to act by decreasing total conspiratorial power until it is no longer able to understand, and hence respond effectively to, its environment. We can split the conspiracy, reduce or eliminating important communication between a few high weight links or many low weight links. Traditional attacks on conspiratorial power groupings, such as assassination, have cut high weight links by killing, kidnapping, blackmailing or otherwise marginalizing or isolating some of the conspirators they were connected to …

When we look at a conspiracy as an organic whole, we can see a system of interacting organs, a body with arteries and veins whos blood may be thickened and slowed till it falls, unable to sufficiently comprehend and control the forces in its environment.

This is the intellectual foundation of his thoughts on leaks. If you break the links between conspirators, you decrease their control. The “traditional” way is to do this is to cut off the head of the snake, but what Assange is suggesting here is that technology has given him another way to accomplish the same goal. Call it the long tail of regime change. Instead of taking out one very high value conspirator, you could attempt to break the links between lots of low level conspirators by making them too paranoid to communicate. In a second essay, he expands on this idea:

To radically shift regime behavior we must think clearly and boldly for if we have learned anything, it is that regimes do not want to be changed. We must think beyond those who have gone before us and discover technological changes that embolden us with ways to act in which our forebears could not.

We must understand the key generative structure of bad governance. We must develop a way of thinking about this structure that is strong enough to carry us through the mire of competing political moralities and into a position of clarity.

Most importantly, we must use these insights to inspire within us and others a course of ennobling and effective action to replace the structures that lead to bad governance with something better.

In case it wasn’t clear before, Assange is equating the modern state with a vast authoritarian conspiracy. What he wants is regime change, an information coup. One guess who the enemy is in Assange’s mind:

Since a conspiracy is a type of cognitive device that acts on information acquired from its environment, distorting or restricting these inputs means acts based on them are likely to be misplaced. Programmers call this effect garbage in, garbage out.

Usually the effect runs the other way; it is conspiracy that is the agent of deception and information restriction. In the US, the programmer’s aphorism is sometimes called “the Fox News effect”.

Before you conclude that Assange is just another moonbat, consider that some of what he says is undeniably true. For instance:

Let us consider two closely balanced and broadly conspiratorial power groupings, the US Democratic and Republican parties. Consider what would happen if one of these parties gave up their mobile phones, fax and email correspondence — let alone the computer systems which manage their subscribes, donors, budgets, polling, call centres and direct mail campaigns?They would immediately fall into an organizational stupor and lose to the other.

He’s right. Indeed, you can take his example further by imagining what would happen to, say, the DNC, if it suffered a massive Wikileak of secret data. Can you imagine the sort of things that Rahm Emmanuel, David Axelrod and David Plouffe say outside public hearing? It seems entirely possible that a leak of the contents of their e-mail for one month would be exceedingly damaging to them, possibly even career ending.

What Assange is doing is applying that same principle to governments en toto. He is attempting to break down the power of entire nations, starting with the US, by exposing what they really think behind closed doors. And in fact, some of his leaks may have already hurt us internationally. They certainly show us having a lot less respect for our allies than might be expected. It remains to be seen whether Secretary Clinton’s apology tour can undo the damage.

Putting aside, for a moment, the question of whether Assange has broken the law or merely acted as a journalist, I see a fundamental problem with his theory. The truly authoritarian regimes–Russia came off as a mafia state in the latest wikileaks – are beyond caring what the people think. As we’ve seen in the past two years, Russia has a bullet ready for every journalist who criticizes the state. The same is true in Saudi Arabia. The people there may not like their rulers speaking ill of Iran and its leaders, but what are they going to do about it? There are a lot of places in the world where the pen is not mightier than the sword.

The only place where Assange’s theory could make a difference is in a robust democratic society where people already have the power to make changes based on new information. This means that, on a global scale, Assange’s method of regime change, if it works at all, will only affect those nation-states that need it least. And isn’t this always the problem with anarchy? It doesn’t serve justice–which requires a structure and some authority to punish individuals–it benefits the strong and the ruthless who get along best without those hindrances.

Think of Assange’s Wikileaks as a moderately potent anti-biotic injected into the global body politic. It may seem to do some good initially as it wipes out some of the hypocrites clogging up the corridors of power, but that really only clears territory for the truly insidious threats who are immune.

[HT: zunguzungu for the essays]