In a recent post in Slate magazine, Dahlia Lithwick takes aim right at the forehead of the Tea Party movement and its supposed prostration before the U.S. Constitution. What prompted this latest wave anti-Tea Party tantrums by the left is the impertinence of an oral reading of the U.S. Constitution on the floor of the newly sworn in House of Representatives. Apparently the left finds it a bit odd (“threatening” probably more accurate) that engaged American citizens have the brazenness to believe that – even with its admitted imperfections – the document created by such brilliant minds as James Madison, Alexander Hamilton, Benjamin Franklin, George Washington, Gouverneur Morris, et al. and later modified with a list of protected liberties by the likes of Thomas Jefferson is a pretty good reference point to use as they embark on rectifying what they see is a nation gone astray … socially, politically, economically and spiritually. 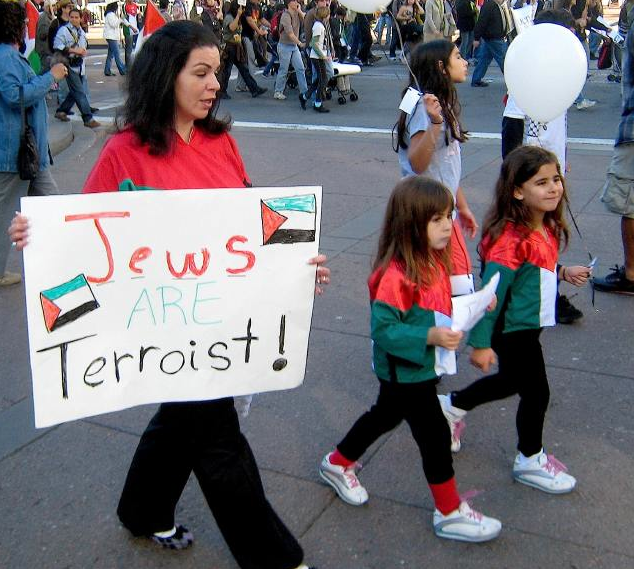 With typical hyperbole of which liberals are so adept at accusing conservatives, Ms. Lithwick goes on to label the interest in the document around which the framework of this entire nation was constructed as a “fetish.” Setting aside this charged phraseology that doesn’t deserve comment, the crux of her argument is two-fold. First, that to be a believer in the Constitution is to accept as gospel its scattered flaws as well as many virtues. Second, that the desire to return to a less centralized apparatus whereby the Tenth Amendment (reserving non-listed federal powers for the states) is moved to the forefront of governance is one rooted in historical ignorance and even a notion that could do more harm than good where freedom is concerned.

She parades out a series of quotations from like-minded loose constructionist law professors and progressive journalists to back up her thesis too numerous to pick apart one by one in this limited format. But I will say that for someone who chides the tea partiers for placing what she sees as an inordinate level of trust in the states vis-à-vis the federal government, her reliance on the courts to be the final arbiter of justice or even correct policy is just as much a leap of faith. She offers as an example of states abusing its citizenry outside the protective envelop of the almighty federal Oz this predictable liberal feminist talking point: “Try telling [the notion that states’ rights equates to more freedoms] to a woman seeking reproductive freedom in Virginia.” (No mention of an innocent baby being denied its right to life, of course … but that’s another article).

“So long as there are fair-minded judges on the bench,” she assures us, “the Constitution will be read for what it actually says, and not what any one results-oriented group or faction wants it to be.”

But what then does Ms. Lithwick have to say about Dred Scott v. Sanford in which that most esteemed body in her world, the highest court in the land in fact, effectively ruled that African-Americans had no civil rights but were rather property nor could Congress prohibit slavery’s spread into the new territories? The point being that the courts do get it wrong at times. That reasonable men and women do not always sit on the bench. And sometimes they are prone to grievous error, as the Taney Court’s 1857 decision demonstrates. And so I ask Ms. Lithwick, does her unbridled confidence in the concept of judicial review make her an automaton who blindly accepts every court ruling, even Dred Scott? Of course not. Yet she implies tea partiers and their representatives in Congress must somehow strictly fall in line with all aspects of an original Constitution whose ink had yet to even dry. This is an intellectually insulting notion. But insulting the minds and motives of the Tea Party movement is a favorite progressive pastime.

The federal versus state question she raises is a straw man for that is not at the core of what the reading of the Constitution in its entirety on the House floor is about. It is more basic than that. It is about thinking back to the general principles under which this country was founded as codified in the document and moving forward from that philosophical foundation. To sit there and say that, “well gee, I guess you Red Staters think a black man is 3/5s a person then?” is belittling and condescending. We understand the difference between righting a legally sanctioned but absolute moral injustice and resetting a governmental framework to restore a more traditional and favorable balance between centralized and parochial control over our lives and livelihoods.

It is almost impossible for statists to grasp that there are those who feel that local problems are better solved by governments closer to home. Thus a desire to strip the federal leviathan of many of its powers that we believe flies both in the face of the intent of the Framers as well as practicality is not tantamount to giving state legislatures a pass on their own misconduct and overreach. But best let the people of Illinois deal with Springfield, the residents of New Jersey to baby-sit Trenton, and the people of Montana to keep tabs on Helena, etc. than all of us circuitously via Washington D.C. don’t you think?

By quoting Justice Stephen Breyer’s admonition that Americans cannot be controlled by “dead hands” Ms. Lithwick shows how little understanding she has of the modern strict constructionist viewpoint. Very few on the right are believers that the Constitution is a static document for we understand quite well that even the most forward thinker in 1787 could not fathom the issues facing us in 2011, and thus they left it malleable enough to adapt to the times. It is not “dead hands” that we look to for guidance and Constitutional interpretation but rather eternal principles. A core notion that is indeed timeless was left behind as the Framer’s legacy, encapsulated in their document: centralized power must have limits. Their many checks and balances show a fundamental and deep-seeded distrust of accumulated authority. Though by no means a perfect document, the Framers’ final product to emerge from the oppressive heat of that Philadelphia hall was an expression of their common overall beliefs, their personal foibles, petty jealousies and differing views set aside to ” … secure the Blessings of Liberty to ourselves and our Posterity.”

And so I would remind Ms. Lithwick that they will indeed read the entire Constitution; including the infamous 3/5s compromise, yes. But they will also then read aloud the 13th, 14th, and 15th Amendments that righted this terrible wrong. These Amendments in particular we realize were born from the blood of 600,000 Americans who were part of the continuous evolution of our nation and how we must apply enduring truths bequeathed to an ever changing American landscape. Only those who confuse condescending editorializing with serious political thought would fail to recognize this.