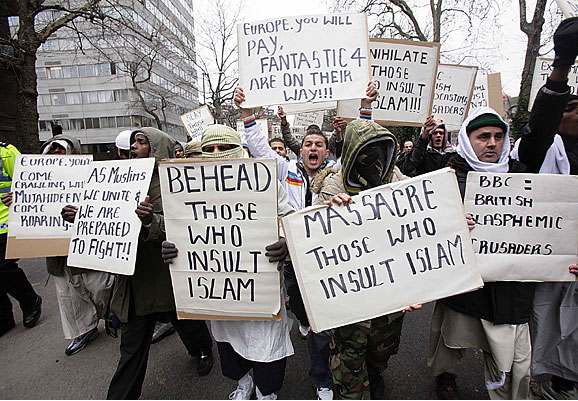 Ratings have established that pretty much no one watches MSNBC and frankly, no one here would know who Ed Schultz is beyond That Guy Obsessed with Limbaugh – except that he says insane things that get put on the Internet as a tool for driving people to his show to watch him say more insane things. Clever marketing shtick except that people get tired fast of hearing the same socialist-trumpeting, hysterical blowhard shtick every night.

In Schultz’s mind he’s God, so when he says he’s going to kick everyone’s butt at 6pm every night, why, then, you better go about your business as usual because no one’s watching anyway.