What is it with the left-wing media attempting to sexually humiliate Ann Romney lately?

It only takes a few seconds to scroll Ben Smith’s BuzzFeed Politics to see what the political site’s primary goal is. Currently, Ben Smith and his unholy band of BenSmithers are engaged in a mean-spirited “othering” campaign that, as expected, dovetails perfectly with Team Obama’s efforts to define Romney as a stuffy, rich, out of touch one-percenter.

The last few days have been especially fascinating to watch. Why just today, Ben Smith shared a video about the Obamas recalling their first date. Aww, who would ever be mean enough to kick them out of the White House?

As a stark contrast, BuzzFeed later placed Mitt and Ann Romney together in a phony erectile dysfunction ad.

If Mitt Romney Did Pharmaceutical Ads

He’d definitely be selling Viagra. You have to admit, stock footage of Mitt Romney looks eerily like stock footage from erectile dysfunction ads. 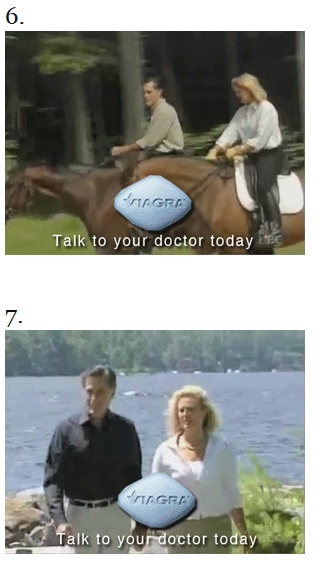 See, the Obamas are all lovey-dovey and special and young and cool.

Meanwhile, the Romneys need a little blue friend to help keep the fires burning. You know, because Mitt has erectile dysfunction and they’re old and uncool.

Just a few days ago, Politico’s Joseph Williams landed in hot water for, among other things, tweeting a sexually degrading joke about Ann Romney.

Today, Ben Smith uses the same mother of five for his own sexual punch-line.

How do you think Mrs. Romney’s children and grandchildren will react to this?

We shouldn’t be treating women like this under any circumstance, much less a potential First Lady.  But the only question that matters is, why the push to degrade Mrs. Romney?

The answer is simple: It works.

BuzzFeed Politics is aimed directly at the youth vote, and mocking the Romneys “others” them into old folks.

Smith is also engaging in the time-tested political tactic of turning an opponent’s strength into a weakness. Obviously, one of Romney’s strengths is his family and the close relationship he has with his wife. Hell, Ann Romney herself is a strength. What better way to undercut her than to make people think of “erectile dysfunction” every time we see them together.

When not attempting to humiliate Ann Romney, Ben Smith is aggressively BenSmithing Mitt into a rich, shadowy country clubber. See here, here, and here. Those are just from this weekend and all designed to back up Obama’s narrative.

Meanwhile, you will find nothing in his last 50 posts about the failing economy or Obama’s Hollywood fundraisers (that’s as far back as I looked, so it could be 500 posts for all I know).

Well, you get the idea.

And it’s only June.