After George Zimmerman was found not guilty of all charges on Saturday evening, an Associated Press reporter, Cristina Silva, tweeted this out from her verified Twitter account: “So we can all kill teenagers now? Just checking.”

So we can all kill teenagers now? Just checking

Furthermore, as can be seen on her verified profile at Muck Rack, Silva lists herself as: “Reporter, Associated Press.” 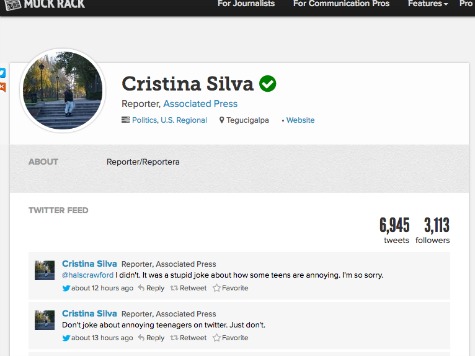