Agency for Games, a consultancy firm headed by games blogger Leigh Alexander, “didn’t help sales one bit,” according to Tale of Tales, an independent video games company that recently announced its closure.

In a blog post that highlights the limited influence of both the gaming press and PR efforts led by politically-motivated provocateurs, the founders of the studio revealed that their latest title, Sunset, was a commercial failure despite considerable effort on the part of Alexander’s firm.

Sunset places you in the role of Angela Burnes, an African-American immigrant to a 1970s Latin American dictatorship. The player’s role is to perform various housekeeping tasks for the dictator while a civil war rages outside.

The progressive video game journalism establishment took a strong interest in the game, lavishing it with attention. It received adoring reviews in Kotaku, Edge, and even the Washington Post.

But in another sign of the dwindling credibility of games journalists and the PR firms who rely on them, gamers were not convinced. Only four thousand copies of Sunset were sold, and feedback from gamers who did buy the game was far less positive than that of journalists.

The divide between gamers and journalists can clearly be seen in the contrast between the reviews of professional critics and regular users on Metacritic, a review aggregator.

Even direct advertising on games sites did not help sales. “We even took out an advertisement on Rock, Paper, Shotgun, where we figured most people interested in Sunset would be gathered,” say the developers. “That had no effect whatsoever.”

The declining influence of the gaming press is something I’ve mentioned before. In April, the Entertainment Software Association released a study showing that only three per cent of gamers considered reviews in magazines and video game websites to be the most important factor in their purchasing decisions. 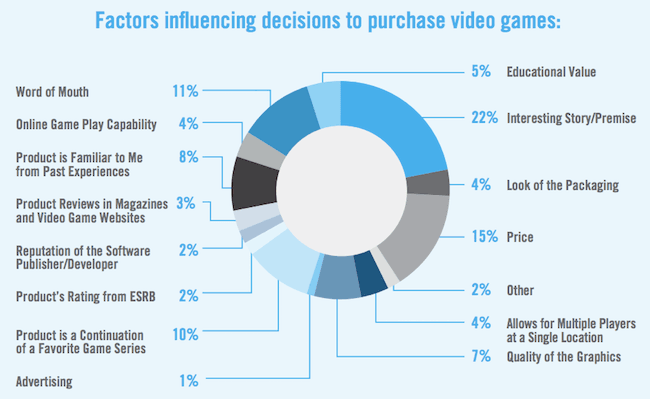 But it isn’t just the declining relevance of the gaming press that was the cause of Sunset’s failure. Based on the reviews that appeared in the gaming press, it’s clear that Leigh Alexander’s company made a point of emphasizing the game’s progressive, pro-diversity themes in order to win plaudits with politically inclined gaming sites like Kotaku and Polygon.

Based on her track record as Editor-in-Chief of the new, little-read but much-mocked gaming blog Offworld, Alexander has a crippling preoccupation with progressive causes. Indeed, the site was launched with an explicit focus on “videogame diversity.”

But it remains to be seen whether these messages can appeal to anyone outside a small clique of activists and journalists. Offworld is barely read by anyone outside the media circles Alexander hangs out in.

Another factor which may have impacted Sunset is Leigh Alexander’s own status as a figure of controversy within the games industry. It was an article by Alexander that kicked off the infamous “gamers are dead” narrative across the gaming press last August.

In her now-infamous article, Alexander described gamers as “wailing hyper-consumers” and “obtuse shitslingers” who shouldn’t be the “audience” of games developers. (Yes, you read that right.) Alexander is herself a shining beacon of virtuosity and objectivity, being simultaneously paid as a journalist and a public relations gun for hire.

(“Fuck ethics get money,” is Alexander’s own code of conduct, as she once explained on Facebook.)

The ugly opinions in Alexander’s toxic column were echoed by no less than 16 other gaming outlets, sparking a massive, year-long backlash against the gaming press known as GamerGate. For a small studio like Tale of Tales, being associated with such a divisive figure can’t have been helpful, to put it mildly.

Even journalists sympathetic to Alexander’s radical politics admit she has become too hot to handle, and not in the good way. Sacked from her troublemaking perch at Gamasutra, Alexander now languishes at a new blog funded by the uber-lefties at Boing Boing.

My spies tell me she is to be found howling into the wind at an ever-more tightly constricted and homogenous audience.

Of course, there are alternate explanations for Sunset’s failure. In their blog post, the developers of Sunset made the point that funding for “artistic” and experimental games is drying up. This may be an indication that the industry does not consider solely narrative-driven games, which reduce the agency of the player and often push heavy-handed political agendas, to be profitable.

But this is incorrect. The phenomenal success of The Vanishing of Ethan Carter, a narrative-driven title that recently won the BAFTA for best game innovation, shows that there is a market for games that don’t follow the Call of Duty formula of guns and explosions. Released in September 2014, the game has sold more than 300,000 copies.

The Vanishing of Ethan Carter was not marketed on the basis of its political themes, but on the basis of its compelling story. Gamers were not promised diversity quotas and progressive messages, but instead a masterpiece of storytelling. And that’s what they got.

The failure of Sunset and the subsequent closure of its studio is a cautionary tale. Not because there is no market for artistic, narrative-driven games, but because even a compelling and original concept can be killed by tunnel vision and blind adherence to wacky politics that no one outside the media establishment shares.

So, a few words of warning for budding games studios. Drop the daft politics. Market to the masses. And, whatever you do, don’t hire Leigh Alexander.