Naturally, far-left CNN believes it’s “legitimate” to use a hoax to spread racial terror in Virginia, especially if it keeps a Republican from becoming the governor of that state.

On Friday, the inept child molester-enablers at the far-left Project Lincoln got caught pulling off a hoax. They sent out five Democrat operatives to pose as racists in support of gubernatorial frontrunner Glenn Youngkin.

Holding tiki torches as a means to recreate the horrible Charlottesville riots of 2017, which then-President Donald Trump repeatedly denounced, these five idiots, all wearing sunglasses and white shirts, announced themselves as Youngkin supporters and stood for media photographs.

It was, without question, the dumbest and most desperate attempt at ratfucking in political history and one that quickly fell apart. The whole operation was covered in flop sweat, and it didn’t take long for people on social media to identify these “Youngkin supporters” as Democrat operatives.

This forced the child molester-enablers at Project Lincoln to fess up to the hoax. This also forced them to claim — and no one believes them — that they were always going to fess up. It wasn’t a hoax! It was a stunt to make an important point! The point, they claimed, was to remind people that Youngkin has not denounced Trump for describing Charlottesville’s neo-Nazis as “very fine people.”

Hilariously, even that’s a hoax. Trump repeatedly denounced the Charlottesville racists. We have it on tape. But Democrats and their allies in the fake media — like CNNLOL — continue to pretend Trump called Nazis “very fine people.”  He didn’t.

Anyway, after this ridiculous stunt backfired on the Democrat party and Democrat gubernatorial candidate Terry McAuliffe, CNNLOL’s Chris “Fredo” Cuomo invited Project Lincoln’s Stuart Stevens to explain himself. Stevens did so by humiliating himself by repeating the “very fine people” lie. 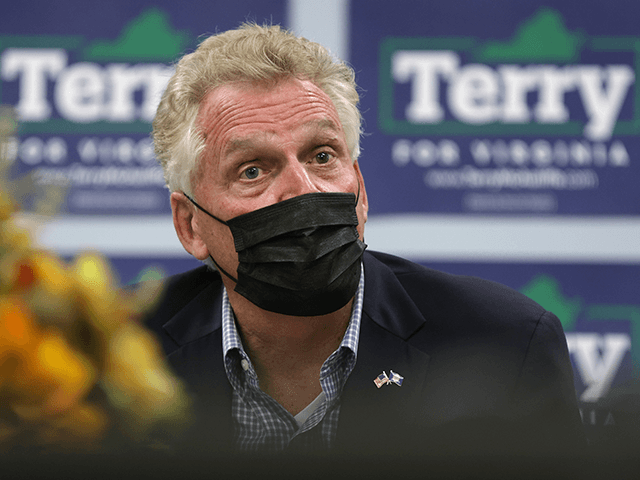 And to the surprise of no one, Fredo approved of Project Lincoln’s attempt to use a hoax to spread racial terror:

STUART STEVENS: No. Listen, every day I hear people pleading with the Lincoln Project to help show Democrats how to win, how to play hardball. You know, this is an example. The question here is not about some guys who showed up at a rally. It’s why hasn’t Glenn Youngkin denounced Donald Trump for saying there are good people on both sides. I mean, that is absolutely outrageous. And it’s because Glenn Youngkin wants it both ways and I think that’s the message that needs to be driven here. You know, the Lincoln Project was the first in this race to put Charlottesville in an ad. And some people thought maybe it went too far. But we did it. And it worked. And then McAuliffe’s campaign followed us and put Charlottesville in a very good ad they did. So, I think the question here is, we can’t ignore what happened in Charlottesville. The question is why hasn’t Glenn Youngkin denounced Donald Trump.

CHRIS CUOMO: No look, I hear the question, it’s a legitimate one. But Jim, James, the Democrat Party in Virginia has said, look, we weren’t part of this, it shouldn’t have happened. What about the Democrat disposition in terms of how to win these upcoming battles?

You see, there’s so little racism in America, the left is forced to invent it. In this particular story, you have two examples: the ongoing lie about Trump praising Nazis and the ManBoy crew at Project Lincoln forced to invent racists with Democrat operatives.

And naturally, CNNLOL approves. And why not? Those liars have been using hoaxes to spread racial terror for nearly a decade to the Trayvon Martin-Hands Up, Don’t Shoot-Covington KKKids hoaxes.