“Why would I know I could do that?” she said. “I don’t come from a family of scientists. I didn’t see very many people that looked like me on television.”

Whitenack eventually got involved in shark research, seeing the start of the pandemic as “an opportunity to study the source of her old misconceptions,” including whether the Discovery Channel’s shark-based programming was “feeding audiences the wrong messages about sharks — and who studies them.”

Leading a team of researchers to examine “hundreds” of Shark Week episodes that aired since the 1980s, Whitenack published a paper last month claiming that Discovery’s programming “emphasized negative messages about sharks, lacked useful messaging about shark conservation and overwhelmingly featured White men as experts — including several with the same name.”

According to conservationist David Shiffman, a co-author of the study, the programming “featured more White experts and commentators named ‘Mike’ than women.”

A man died after a shark attacked him in Australia, despite the efforts of surfers and others who tried to help, officials said Sunday. https://t.co/5mfSwfWNNE

“When there are hundreds of people of color interested who work in this field, [and] when my field is more than half women, maybe it’s not an accident anymore that they’re only featuring White men,” Shiffman is quoted as saying.

In another study co-written by Shiffman, while over half of the members of the American Elasmobranch Society — which is dedicated to the study of sharks and other fish — are women, “over 70 percent of the group’s leadership positions have been held by men.”

The author then cites marine biologist Catherine Macdonald, who claimed in a 2020 Scientific American piece titled “The Dark Side of Being a Female Shark Researcher,” that women in marine sciences can also face a “misogynistic” culture. 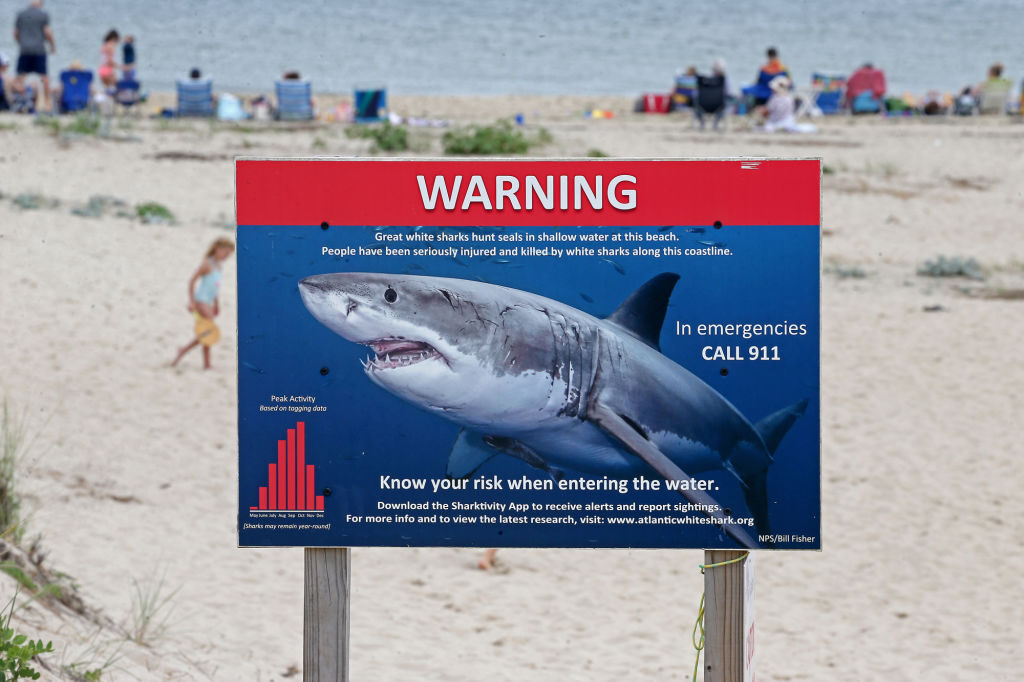 Shark Week, for example, “further concentrates power (in the form of publicity and media attention) in the hands of white male ‘featured scientists,’ exacerbating academic power imbalances,” she wrote.

In addition to “overrepresenting” males in the field, the latest study claimed to reveal that more Shark Week episodes “included stories of attacks and other fearmongering messaging than positive language describing sharks as ‘awe-inspiring’ or ecologically important,” according to the author.

Despite the fact that Discovery used the show to “promote legislation protecting sharks,” Wu, a reporting intern for the Post’s Metro section, writes that the researchers found that Shark Week also “lacked effective messaging” about issues of conservation:

In response, many mocked the latest “woke” obsession of the liberal media.

“On behalf of white men everywhere, I’m so sorry for being racist toward… *checks notes*… sharks!?!” wrote Donald Trump, Jr.

On behalf of white men everywhere, I’m so sorry for being racist toward… *checks notes*… sharks!?! https://t.co/20sbjZxhNt

“Discovery owes everyone — especially any sharks who were offended — an apology,” he added.

Sharks are good and safe. White men are not. Discovery owes everyone — especially any sharks who were offended — an apology. https://t.co/uQVfudRYTj

“I thought ‘gender is a construct’ tho,” wrote radio host Dana Loesch.

I thought "gender is a construct" tho https://t.co/mhgtPRtZTm

I just can't anymore… and they post this stuff thinking it's important. https://t.co/a7PDrRWohE

The essay comes as many on the left continue to see racism and misogyny in every realm.

In October, a Washington Post essay argued that America has a “white voter problem,” and is “in trouble” because white people “are likely to be the majority of voters for at least two more decades.”

The previous month, a Post piece claimed terms such as “woke” and “CRT” are mere euphemisms used by conservatives to express their “racism” in a socially acceptable manner.

In June, another Post article suggested black Americans may need to “flee” the country in the face of an apparently growing population of “crazy White people” who are “not to be trifled with.”