HOMESTEAD, Florida — Sen. Elizabeth Warren (D-MA) visited a protest outside the Homestead Temporary Shelter for Unaccompanied Children on Wednesday morning, hours ahead of the start of the first Democratic Party presidential debates.

Several dozen protesters gathered to greet her, some holding signs reading “Shut it down!” 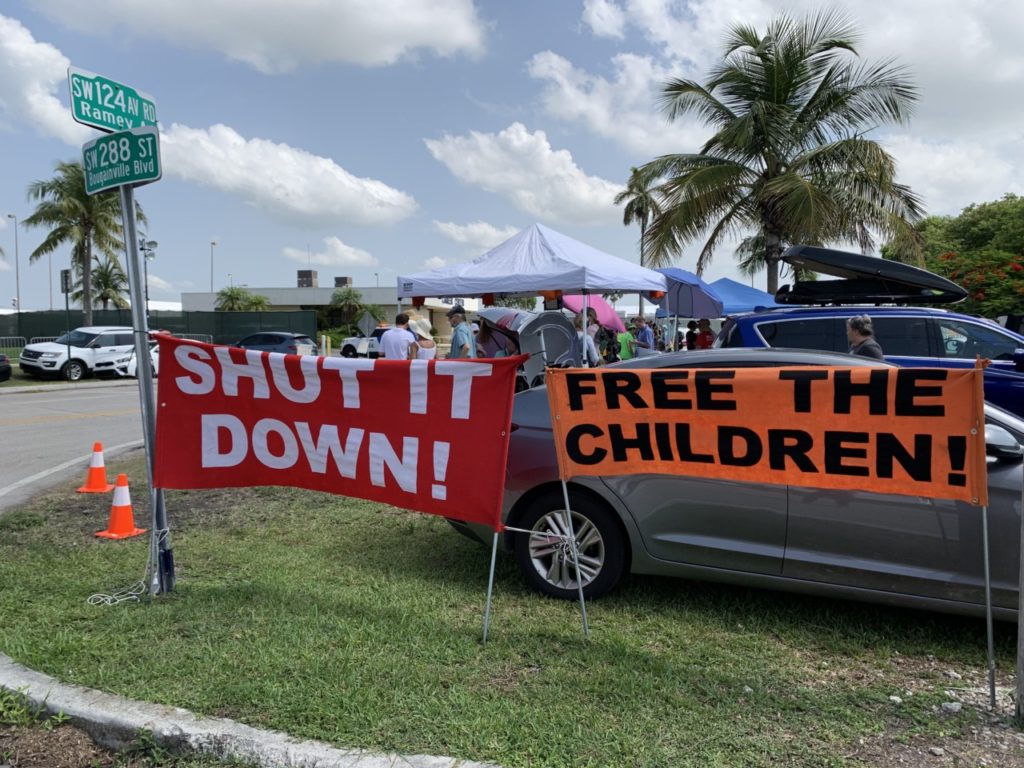 The shelter, which houses 2,500 children, is run by a private company called Comprehensive Health Services. It was first opened under the Obama administration, closed briefly, then re-opened in March 2018, the Miami Herald reports.

The Herald adds: “Most of the children are from Guatemala, Honduras and El Salvador and crossed into the country without relatives, federal officials say.”

Warren made the surprise announcement of her visit the day before, during a town hall Tuesday evening. The shelter has also attracted other candidates, including Rep. Eric Swalwell (D-CA); former Rep. Beto O’Rourke (D-TX) will visit Thursday and Sen. Kamala Harris (D-CA) announced that she will visit on Friday morning.

Other candidates rapidly added the center to their schedules as well, seeing a unique opportunity to highlight the issue during the debates — and not wishing to be left behind.

Warren spoke passionately about her opposition to the system of privately-run detention centers.

“This isn’t what we should be doing. … These children pose no threat to people here in the United States of America,” she said, posing with several children, including an eight-year-old girl named Summit, who is the daughter of one of the local activists. 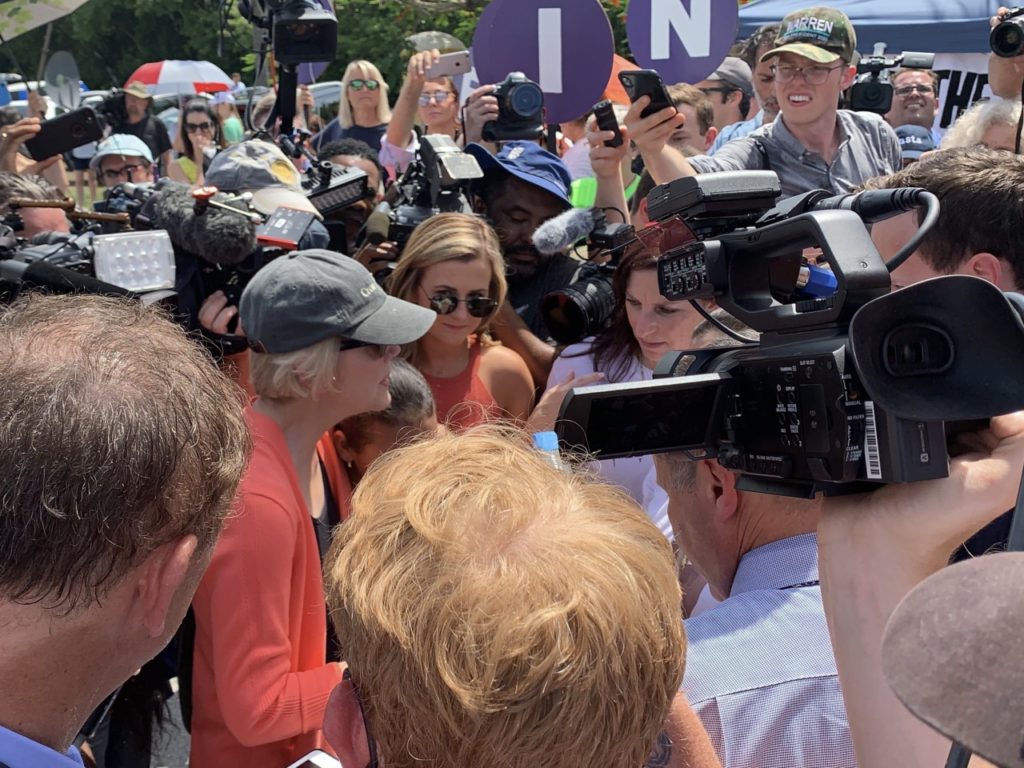 Breitbart News visited a similar facility last year. After intense opposition, the Trump administration stopped housing children separately from the adults with whom they had crossed the border illegally. However, some children still arrive unaccompanied, and others arrive with adults who are not their parents, or are detained for other reasons.

One young man, Alvaro, from Miami, told Breitbart News that the facility should be shut down and that children should be housed with their families.

The political director of the protest, a man named Thomas, said that children were being held in “prison-like conditions” in the facility. He accused it of violating the conditions of the Flores settlement, which requires that children be held for no more than 20 days. (The Herald reports that the average stay at the shelter is 36 days, until children can be released into the care of a sponsor by the Department of Health and Human Services.)

Thomas said that he was not in favor of border enforcement, but rather a “humane and compassionate approach” and a “path to citizenship for those here undocumented.” The right way to stop illegal crossings, he said, was to address the “root causes” and the conditions in the home countries that caused migrants to undertake the journey to the U.S.
One man told protesters not to speak to Breitbart News. Several others attempted to block this reporter from filming Warren’s remarks — blocking several other reporters in the process.

Update: Critics called out Warren for missing a Senate vote on border funding:

Instead of making it to the Senate vote on emergency border funding at 2pm, Elizabeth Warren is holding a photo op outside the Homestead Detention Center in Florida to talk about…

the need for emergency border funding.pic.twitter.com/ni2o5QPd9k

It is not clear that Warren could have made the Senate vote and the debate on the same day, however.