The Democratic Party’s presumptive vice presidential nominee Kamala Harris is the ultimate San Francisco Democrat, representing the “woke” left-libertarianism of a place where everything is tolerated except for conservatism and where Silicon Valley’s plutocrats are free to enrich themselves insulated from the deplorable riffraff they despise.

We were introduced to this style of Democrat 36 years ago.

Referring to the peculiar mindset of the Democrats who had just held their own convention in San Francisco, Kirkpatrick said, “The American people, proud of our country, proud of our freedom, proud of ourselves, will reject the San Francisco Democrats and send Ronald Reagan back to the White House.” And that’s exactly what happened: In November 1984, President Reagan won re-election in a landslide.

Kirkpatrick’s focus, in that speech, was on foreign policy, and yet the label “San Francisco Democrats” stuck, for, well, obvious reasons.

Now today, the San Francisco mindset is still, shall we say, peculiar. It’s a city, after all, where old-money trust-fund types, addled with guilt, have joined with nouveaux riche tech tycoons to create a bizarre overclass ideology that’s a part Karl Marx, one part MSNBC, one part Michel Foucault, and maybe even a little bit of Ayn Rand. It’s a city where the resulting demolition of middle- and working-class virtues has led to a city-wide breakdown, where homelessness and public defecation are so rampant that a local techie developed an app called, fittingly, Snapcrap so that concerned pedestrians can request a cleanup.

And for their part, today’s Democrats are even more San Francisco-ized.

By selecting Sen. Kamala Harris as his running mate, Joe Biden seeks to elevate a San Franciscan to the second highest office in the land, a heartbeat away from the presidency. Indeed, if the Democrats hold the House of Representatives this November, Speaker Nancy Pelosi, another San Franciscan, will be once again, as she is now, just two heartbeats away from the Oval Office.

Yes, if Biden does well this year, San Francisco Democrats will be second and third in the line of presidential succession, just behind a man who will be 78 years old on the day he is inaugurated. (Here at Breitbart News, this author wrote recently about how vice presidents can succeed a president and thereby change the national agenda.)

So lets’s ask: Just what is it about San Francisco?  Four decades ago, the city was at the vanguard, if that’s the right word, of social experimentation. Back then, a key concern was gay rights and in particular the question of HIV/AIDS. Today, with AIDS under control and gay marriage the law of the land, “social experimentation” has taken new forms, including the many self-declared categories of gender. Back in 2014, Facebook offered its users no less than 58 choices, and the number has no doubt risen since then.

In fact, if one counts Antifa and Black Lives Matter as social experimentation, then it’s arguable that the lefty cutting edge has shifted away from San Francisco to other cities, such as Portland and Seattle.

Yet now there’s something else new about San Francisco: Big money. 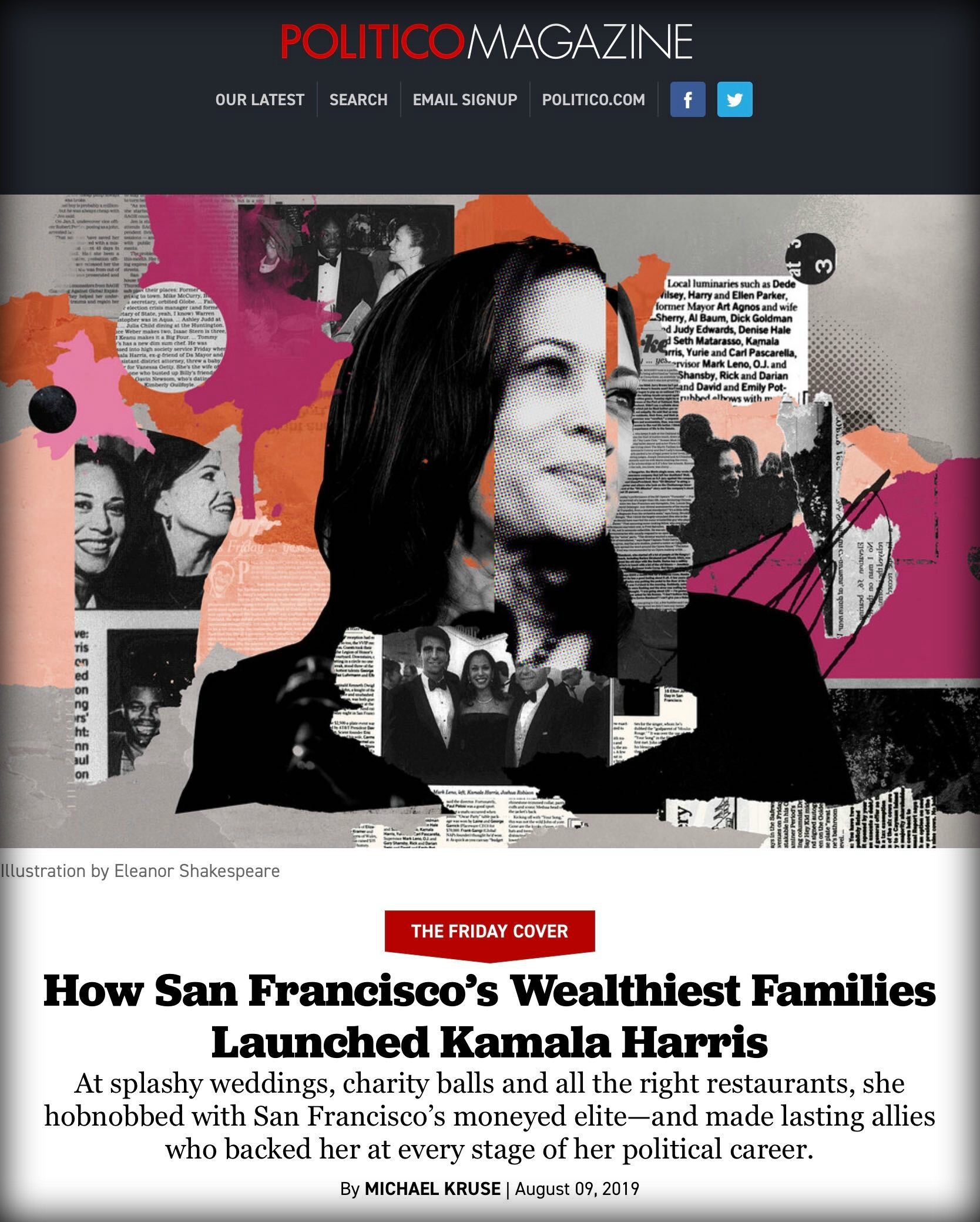 We might note that because of its physical beauty—scenic hills, surrounded by blue water on three sides—the city has always attracted more than its share of plutocrats, including Sen. Dianne Feinstein, a former mayor of the city.

Yet the tech revolution, over the last three decades, has substantially upped the ante. Indeed, Silicon Valley, 40 miles to the south, has created such vast quantities of wealth that much of it has spilled into the City by the Bay. According to a 2019 report, San Francisco boasts 75 billionaire residents, the greatest share, per capita, of any city in the world. In addition, dozens more ten- and eleven-digit types live in the surrounding suburbs and satellite cities. One result: San Francisco is now the third-most expensive city in the country, and three other nearby areas—San Jose, Mountain View, and Oakland—are also in the top 15.

So this was the economic matrix that fueled the rise of Nancy Pelosi and, later, Kamala Harris. Indeed, the essence of Harris’s career was chronicled in a 2019 article in Politico, headlined, “How San Francisco’s Wealthiest Families Launched Kamala Harris.” As the article observes, “At splashy weddings, charity balls and all the right restaurants, she hobnobbed with San Francisco’s moneyed elite—and made lasting allies who backed her at every stage of her political career.”

We should note that while the city is profoundly Democratic in a partisan sense—Donald Trump received just 9.2 percent of the vote there in 2016—its actual policy preferences are a fusion of the old social liberation and the newer tech-money explosion. That is, San Francisco Democrats are into do-your-own-thing, and that sense of freedom applies to both personal behavior and financial activity. To put it another way, San Francisco celebrates a kind of left-libertarianism in which virtually nothing is condemned—except, of course, social conservatism.

This left-libertarian fusion is now called “wokeness,” loudly emphasizing the new-left cause of “identity politics,” even as it quietly de-emphasizes the old-left cause of “soak the rich.”

So yes, San Francisco Democrats are on the left, but theirs is a leftism that mostly leaves billionaires alone, free to further build their fortunes. To be sure, these fatcats have to be careful about stepping in the human poop on the sidewalks—and they must be careful, too, about the muggers and junkies—but they have security guards to insulate them from the riffraff. 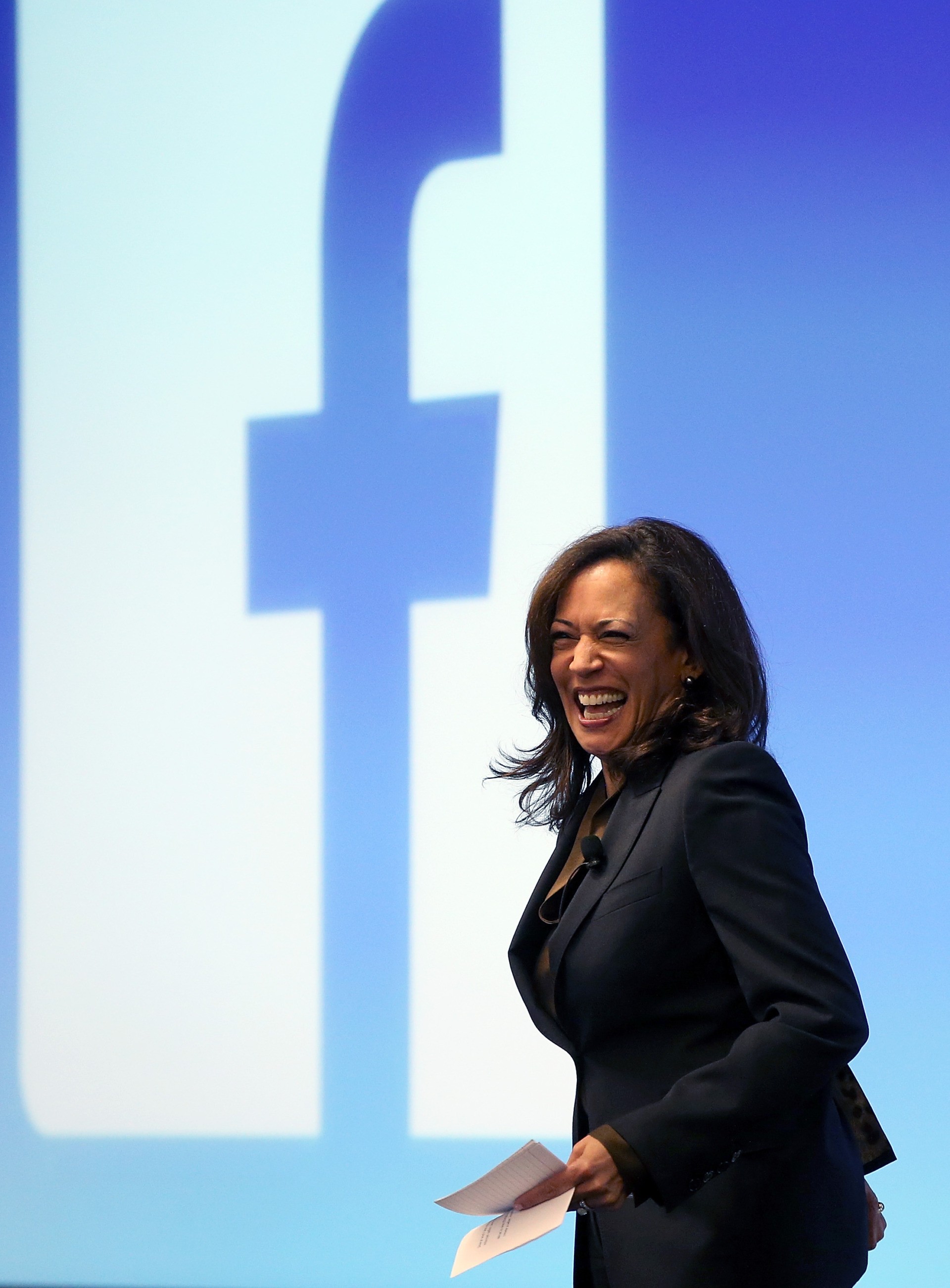 We can observe that if the left-wingers around Harris or Pelosi were really serious about the old left-wing agenda of raising taxes on the rich—raising them in reality, as opposed to just notionally, while leaving plenty of cronyish loopholes—well, the billionaires wouldn’t be so supportive. Instead, they would have long ago moved to Utah, or Texas, or Florida. So as long as the fatcats remain in such posh S.F. neighborhoods as Pacific Heights and Seacliff, we can take that as a sign that the local politicians aren’t bothering the billionaires.

For instance, the Green New Deal, which Harris supports, will be a multi-trillion-dollar bonanza for techies and cronies; it would indeed be just fine with, say, Tesla and Google if the Green New Deal were to shut down Texas oil and force everyone to use solar panels made by Tesla and operate on a grid masterminded by Google.

The point here is not that the Green New Deal would succeed—as Breitbart News’ Joel Pollak has pointed out, the current spate of power blackouts in California is a preview of what could be coming nationwide—but we can see that if Uncle Sam spends trillions on the Green New Deal, lots of well-connected people will be lined up with their hand out. And more than likely, they’ll be Friends of Kamala.

Yes, Harris has plenty of truly left-wing positions, on such matters as guns, abortion, policing, and immigration, and yet those policies affect the little people—not the insulated anointed.  To cite another example, we can consider the issue of tax credits for electric vehicles.  As Ross Marchand of the Taxpayers Protection Alliance points out, the existing car-tax-credit program funnels 80 percent of the benefits to those making over $100,000 a year. So even if the San Francisco-ized Democrats were to raise tax rates on the wealthy, as they have pledged to do, they could easily gut the impact of those increases by expanding loopholes for favored causes.

Indeed, the selection of Harris sent a reassuring signal to globalist capital. Hence this instant CNBC headline on the 11th, blaring, “Wall Street executives are glad Joe Biden picked Kamala Harris to be his VP running mate.” As the article detailed, one financier, Charles Myers, founder of Signum, said, “Our clients really wanted to know if Biden was going to stay in the center, and his pick of Harris reinforces that.”

Indeed, on the next day, Andrew Ross Sorkin of the New York Times headlined his piece, “A V.P. pick that big business can back.” According to Sorkin, “Wall Street is happy about the signal it sends”; moreover, “Silicon Valley is happy about seeing a familiar face.”  Meanwhile, the Wall Street Journal headlined, “As Kamala Harris Joins Biden Ticket, Wall Street Sighs in Relief.” The piece explained that Harris’ popularity with the plutocracy has extended far beyond the Bay Area: “Harris proved adept at courting wealthy donors in the Hamptons and Martha’s Vineyard.”  And still another CNBC article raved over Harris’ personal touch with moguls, exalting her “fundraising prowess.”

Revealingly, on the morning after the Harris announcement, the stock market opened with a surge and stayed up all day; the Dow Jones average closed on the 12th with a gain of 289 points.

As gutsy independent journalist Michael Tracey put it, “Wall Street is perfectly fine with Kamala because they know the priorities of the Dem Party now decisively hinge on things like racial/gender representation–which they can certainly accommodate. This doesn’t meaningfully challenge their power in any way.”

Wall Street is perfectly fine with Kamala because they know the priorities of the Dem Party now decisively hinge on things like racial/gender representation — which they can certainly accomodate. This doesn't meaningfully challenge their power in any way https://t.co/gdMJj2Ny9w

Needless to say, Silicon Valley, too, was happy with Harris. Yet a headline in the left-leaning Vox provided the illusion of suspense about Big Tech’s preference in 2020: “Kamala Harris is the choice Joe Biden needed to win over Silicon Valley: The California senator has glad-handed with tech elites for decades.”

Meanwhile, much of the Main Stream Media’s coverage of Harris has veered between gaslighting about her ideology and puffery about her as a person: Another article in the New York Times cheered that Harris is a “pragmatic moderate”; indeed, the MSM knows no limits in its blatant celebration of Harris.

Thirty-six years ago, the San Francisco Democrats were a new notion, aptly defined by a wise woman, Jeane Kirkpatrick. Today, they are a hard reality, embodied by Harris, Pelosi, as well as all their fatcat friends and left-wing ideologists.  And the results of their ideas are not notional; they are all around: from Big Tech censorship, to woke ideology, to homelessness run amok. Moreover, if the Biden-Harris ticket wins in November, down the road somewhere, Harris could well become president of the United States.

So now, with less than three months to go until Election Day, the contours of the contest are set: It’s Donald Trump and Mike Pence vs. Joe Biden and the San Francisco Democrats, flush with ideology, money–and, of course, media momentum.