The Providence Journal reports that current owners of “high-capacity” magazines also have the option to modify them so they hold ten or fewer rounds, or “transfer them to people in states where they are legal.”

The NRA-ILA warned about H. 7457 when it was put forward, “[It] increases the age from 18 to 21 for the purchase of firearms and ammunition, rendering self-defense for an entire class of legal adults impossible. The 9th Circuit Court recently struck down a similar state law on the West Coast.”

Jeff Goyette owns a gun store in Portsmouth, Rhode Island, and ABC 6 reports that he reacted to the magazine ban by pointing to dangers associated with trying to alter magazines to make them compliant. 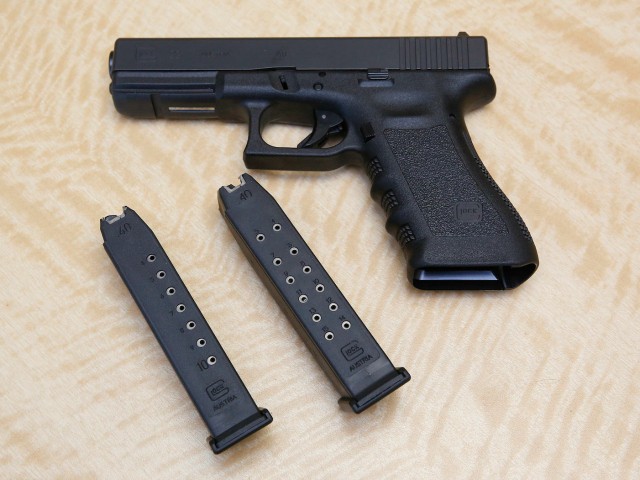 In this Tuesday, June 27, 2017, photo, a semi-automatic handgun is displayed with a 10-shot magazine, left, and a 15-shot magazine, right, at a gun store in Elk Grove, CA. (AP Photo/Rich Pedroncelli)

Goyette said, “You have to make sure that each procedure that you do to any magazine is only going to accept the ten rounds. If you push [the spring] hard enough and it accepts 11 rounds, you’re a felon.”

He fears other gun store owners may not have all their magazines ready in six months and their lives will come crashing down: “All of a sudden, now my livelihood and my life has just been destroyed, because I had a 30-round magazine that I didn’t know I had. I don’t think they’re thinking about what they’re doing,”