“[Ethiopian] Prime Minister and Commander-in-Chief of the army Abiy Ahmed who is now leading the Ethiopian National Defense Forces from the frontline announced that the army has successfully taken control of Asagita in Afar Region,” FBC reported on November 26.

“We won’t give in until we bury the enemy,” Abiy told FBC. “All Ethiopians at home and abroad have shown their solidarity to us. Similar victories will continue. We are in a better position to claim full victory soon and pass on a free and prosperous Ethiopia to coming generations.”

Ethiopia’s federal government, headquartered in the central national capital of Addis Ababa, has been engaged in a civil war with separatist militants from northern Ethiopia’s Tigray region since last November. Prime Minister Abiy ordered Ethiopia’s military to launch an air and ground offensive against the Tigray People’s Liberation Front (TPLF) on November 4, 2020, after forces allied to the Marxist separatist group attacked federal military bases across Tigray.

The majority of fighting between the federal and separatist entities has taken place within Tigray until recently. 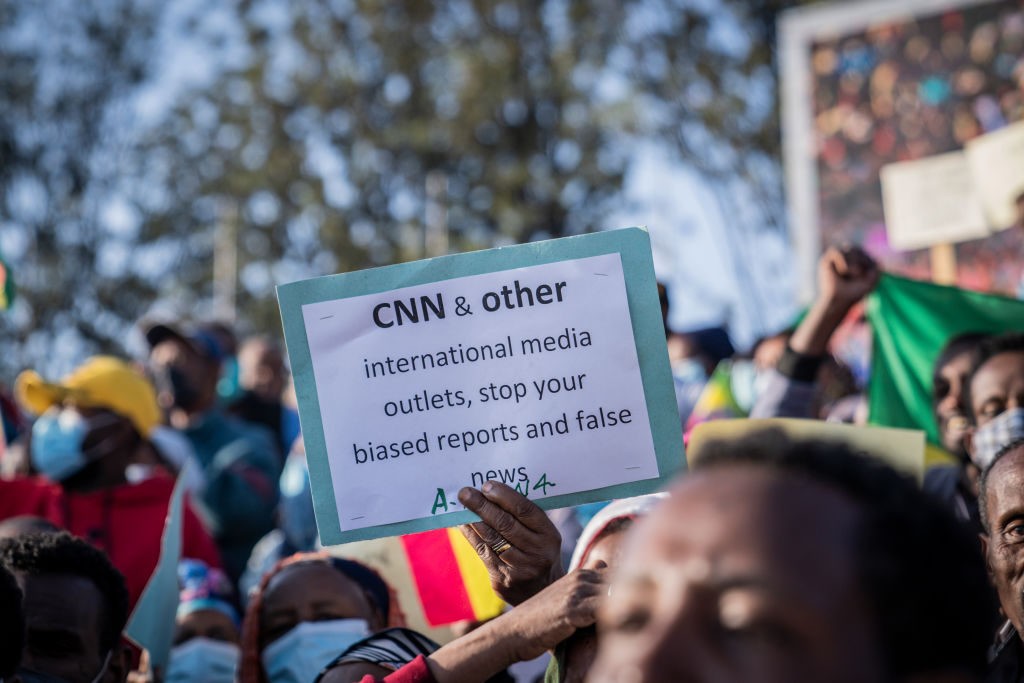 A woman hold placards protesting against CNN as a ceremony is held to support the Ethiopian military troops who is battling against the Tigrays People Liberation Front in Amhara Region on November 7, 2021 in Addis Ababa, Ethiopia. Prime Minister Abiy Ahmed declared a state of emergency on Wednesday as his government’s conflict with Tigrayan forces has expanded beyond that group’s home region in the north. (Getty Images)

“The Tigrayan forces have threatened to push into the capital Addis Ababa or to try to cut a corridor linking landlocked Ethiopia with the region’s largest port,” Reuters observed on November 26.

“U.S. Special Envoy Jeffrey Feltman said this week that the Tigrayan forces had been able to make progress south towards the capital but that the military had beaten back several attempts to cut the transport corridor on the eastern front,” the news agency noted.

Roughly 300,000 Ethiopians have been displaced by the civil war since last autumn. Most of the refugees have fled to other regions of Ethiopia, though at least 60,000 Ethiopians have opted to abandon their home country for neighboring states including Sudan. Eritrean troops allied with Ethiopia’s federal government have deployed to Tigray to assist Addis Ababa in the ongoing war.

The humanitarian crisis triggered by the conflict has seen international aid groups, including some led by the United Nations (U.N.), wade into Ethiopia’s civil war. Ethiopia’s Foreign Ministry on September 30 accused seven U.N. officials of “meddling” in the nation’s “internal affairs” and subsequently expelled the staff from Ethiopia.

“The Ministry of Foreign Affairs of Ethiopia declared ‘persona non grata’ for seven individuals who have been working for some #UN humanitarian agencies in #Ethiopia for meddling in the internal affairs of the country,” the ministry said in a Twitter statement. “They must leave the country within the next 72 hrs.” 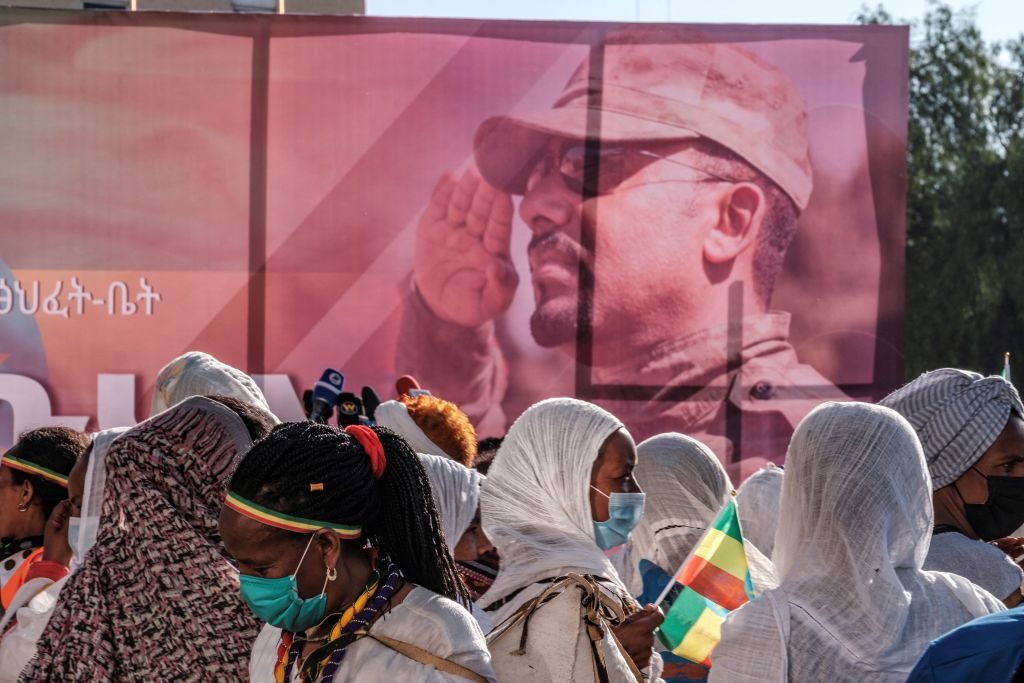 Women stand next to a banner depicting Ethiopia’s Primer Minister Abiy Ahmed during a rally organised by Addis Ababa officials, bringing together artists and athletes headed to visit troops on the front line with rebels of the Tigray People’s Liberation Front (TPLF), in Addis Ababa, Ethiopia, on November 27, 2021. (EDUARDO SOTERAS/AFP via Getty Images)

Addis Ababa issued a separate press release on October 1 listing its reasons for expelling the U.N. staff, including:

1. Diversion of humanitarian assistance to the TPLF;
2. Violating agreed-upon security arrangements;
3. Transferring communication equipment to be used by the TPLF;
4. Continued reticence in demanding the return of more than 400 trucks commandeered by the TPLF for military mobilization and for the transportation of its forces since July 2021; and
5. Dissemination of misinformation and politicization of humanitarian assistance

Ethiopia’s foreign ministry said the U.N.’s alleged actions had “undermine[d] the sovereignty of Ethiopia and pose[d] a threat to its national security interests.”

Kebede referred to a Twitter statement issued by the U.S. Embassy in Addis Ababa on November 24 urging U.S. citizens in the capital “to maintain a high level of vigilance due to ‘the ongoing possibility of terrorist attacks in Ethiopia,'” according to Voice of America, a U.S. government-funded broadcaster.