The spike came as the U.S. and rest of the world shut down businesses and furloughed workers.

The boost reinforces the argument that holds as long as the U.S. economy remains in question, China will seek to enter the perceived power vacuum created during the pandemic – likely at the expense of U.S. manufacturing and supply capabilities.

The ruling Chinese Communist Party however simply claims it is reviving the world’s second-largest economy after declaring victory over the coronavirus that started in the southern city of Wuhan last December.

The purchasing managers’ index issued by the Chinese statistics bureau and the official China Federation of Logistics & Purchasing rose to 52 from February’s record low of 35.7 on a 100-point scale on which numbers above 50 show activity increasing, accrording to an AP report. 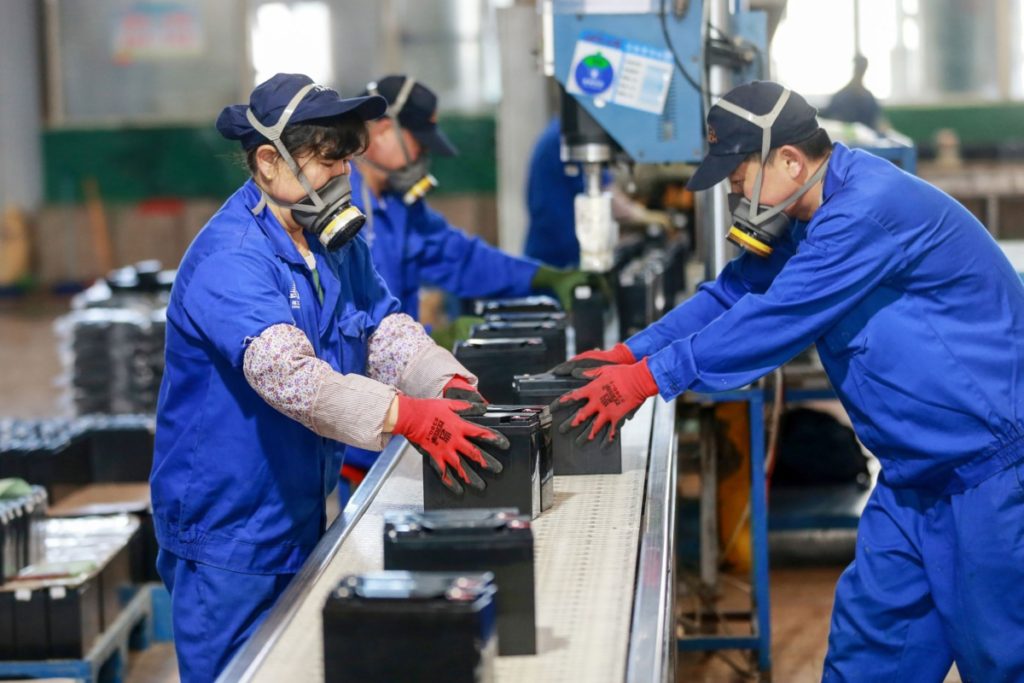 Employees work on a battery production line at a factory in Huaibei in China’s eastern Anhui province.  Factory activity in China rebounded in March from a record low, according to official data released on March 31, returning to expansion territory while the coronavirus pandemic continues to devastate the global economy. (STR/AFP via Getty Images)

The federation and private sector economists cautioned that while the economy still faces challenges as manufacturers rebuild supply chains and authorities try to prevent a spike in infections as employees stream back to work, the way ahead is clear.

“Looking forward, while the lowest point is behind us, it’s not the time to celebrate,” said Larry Hu of Macquarie Capital.

Authorities say state-dominated industries such as steel are close to normal production but automakers and other private sector manufacturers say they are operating below normal levels.

They say the pace of their recovery depends on how quickly their supply chains can be restored.

The Financial Times reports last weekend President Xi Jinping paid a high-profile visit to Ningbo, a big manufacturing hub and one of China’s largest ports, accompanied by Liu He, his longtime chief economic adviser and vice-premier.

It was Xi’s first trip focused on the economy since the pandemic began in central Hubei province in mid-January and it was designed to push workers to new production limits. 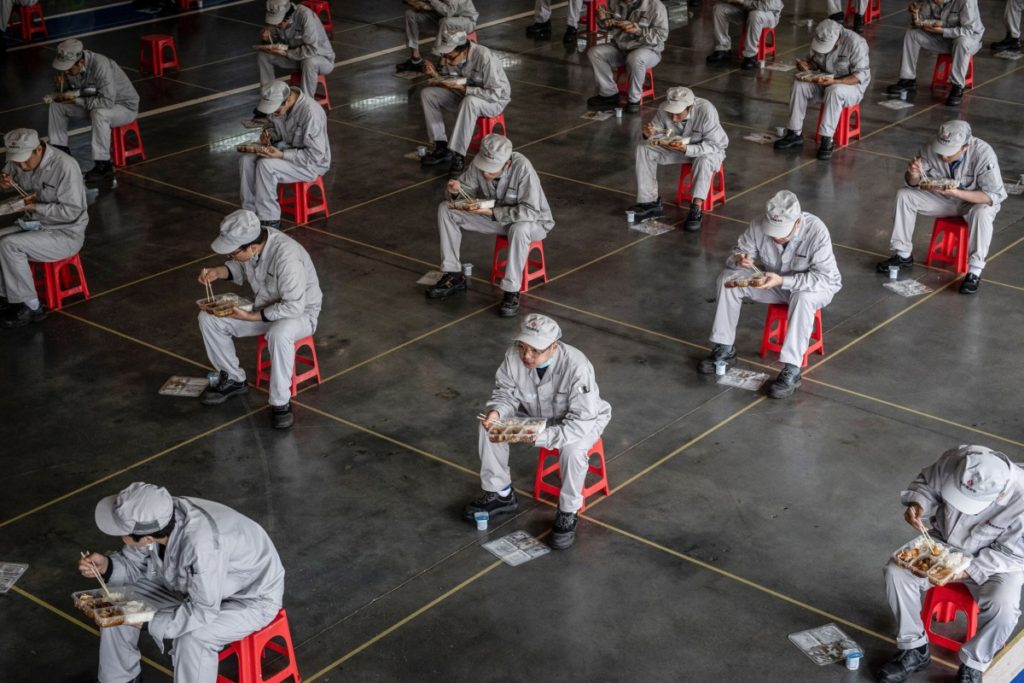 Employees eating during lunch break at an auto plant of Dongfeng Honda in Wuhan in China’s central Hubei province. People in central China, where the COVID-19 coronavirus was first detected, are now allowed to go back to work and public transport has restarted, as some normality slowly returns after a two-month lockdown. (STR/AFP via Getty Images)

Mr Xi’s other recent public appearances have been to inspect epidemic prevention efforts in Beijing and Wuhan, capital of Hubei province, during which he told employers to avoid “large-scale lay-offs”.

Meanwhile Breitbart News reports retail and manufacturing layoffs in the United States this month will add to a soaring unemployment rate, as the coronavirus outbreak caused initial jobless benefit claims to hit 3.3 million last week while lawmakers have launched a massive $2.2 trillion spending bill to blunt the economic hit.