Schellenberg was arrested for drug smuggling in China in 2014 and was originally sentenced to 15 years in prison after he was tried and found guilty in 2018. Schellenberg appealed his sentence. In January 2019 – a month after Meng was arrested in Vancouver and held for extradition to the United States on charges of fraud and conspiracy to violate sanctions against Iran – a Chinese court suddenly decided his lengthy jail term wasn’t severe enough and upgraded it to a death sentence.

Chinese Communist officials and state media alternately insisted Schellenberg’s sentence was a fair judgment by scrupulously non-political courts, and coyly insinuated that his fate could change for the better if Canada released Meng.

Canadian Ambassador to China Dominic Barton said Tuesday the upholding of Schellenberg’s death sentence by the High People’s Court of Liaoning province was once again linked to Meng’s lengthy extradition case, about to enter its final stages unless Meng’s lawyers can persuade a judge to stay the proceedings.

“We call on China to grant Robert Schellenberg clemency. We have expressed our firm opposition to this cruel and usual punishment and continue to express that to the Chinese authorities,” Barton told reporters. 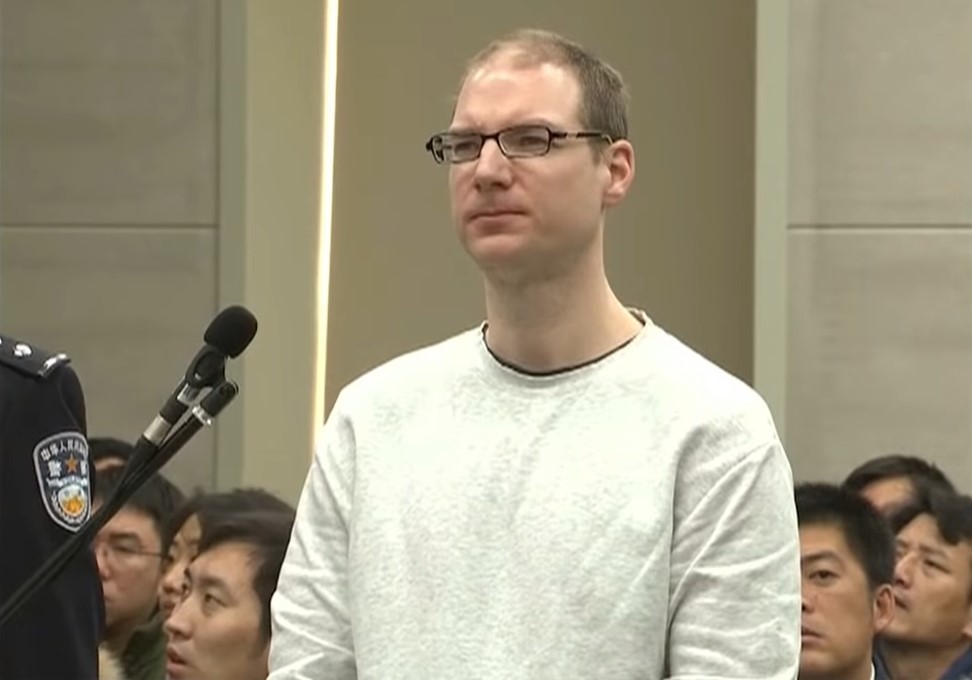 “It is not a coincidence that these are happening right now, while the case is going on in Vancouver,” he said, referring to Meng’s extradition hearings.

“We condemn the verdict in the strongest possible terms and call on China to grant Robert clemency,” Barton said on behalf of the Canadian government. “His retrial and subsequent sentence were arbitrary. We remain deeply concerned by China’s arbitrary use of the death penalty.”

Barton added that he plans to travel to Dandong, China, this week to see another Canadian, Michael Spavor, taken hostage by the Chinese government on dubious spying charges after Meng was arrested. Barton said he believes there could be an important ruling in Spavor’s case Wednesday. He had no information about the status of a third Canadian taken prisoner at the same time as Spavor, former diplomat Michael Kovrig.

Schellenberg’s lawyer Zhang Dongshuo told the South China Morning Post (SCMP) on Tuesday that his appeal will be reviewed by the People’s Supreme Court of China, which could uphold the verdict, send the case back to lower courts, or discard the death sentence and write its own verdict with a lighter sentence.

“It‘s very hard to say which outcome is more likely. I think this will depend more on factors outside of the legal proceedings,” Zhang said. He said Schellenberg was slapped with the death penalty in clear violation of Chinese law because he was held responsible for actions taken by other members of an alleged conspiracy.

China’s state-run Global Times predictably insisted Tuesday that the Liaoning court’s rejection of Schellenberg’s appeal was a masterpiece of impartial jurisprudence, in addition to satisfying the Chinese public’s lust for vengeance against the drug trade. Schellenberg was allegedly part of a conspiracy to smuggle 222 kilograms of methamphetamines; he claims he was framed for the crime by tourists.

“The case has won broad support from the Chinese public, as they detest drug trafficking and believe mercy to drug dealers would equal infringement on the rights of millions of Chinese people,” the Global Times asserted.

The Global Times dismissed Ambassador Barton’s criticism and quoted Chinese experts who defended the death sentence as “legal and appropriate.” It also dismissed allegations that Kovrig and Spavor were prosecuted for political reasons.

“Canada should respect China’s laws and drop the illusion that the drug smuggler would be granted some mercy due to his nationality,” Renmin University’s Wang Yiwei told the Global Times.

“The verdict of Schellenberg shows China has always been open, transparent and principled in diplomacy. Any judicial decision does not target any country and Canada should never think of attacking and restraining China with legal cases,” Wang said menacingly.