Russia will not attempt a military intervention in Afghanistan, as the country has “learned the lesson” from its previous failed attempts to invade it, Russian President Vladimir Putin said Tuesday.

“You know how difficult and alarming the situation in Afghanistan currently is,” President Putin said at a congress of the ruling United Russia party on August 24. He referred to the Taliban terror group’s takeover of the country August 15, when it deposed Kabul’s U.S.-backed government.

“We are keeping a close eye on this situation, actively cooperating with our allies in the Collective Security Treaty Organization (CSTO),” Putin assured. The CSTO is a regional military alliance of former Soviet republics led by Moscow.

“Naturally, we will not interfere in Afghanistan’s domestic affairs, neither will our armed forces be drawn into this all-against-all conflict. I think this is what is going on there,” Putin said Tuesday. He then recalled that “the conflict in Afghanistan has been smoldering for decades,” according to Russia’s state-owned news agency, TASS.

“The former Soviet Union has its own experience in that country. We have learned the lesson,” Putin asserted.

The former Soviet Union intervened in Afghanistan in 1979 to support the country’s then-communist government as it fought against anti-communist Muslim guerrilla groups during the Afghan War (1978–1992).

Putin on July 5 assured Tajikistan President Emomali Rakhmon that Moscow would provide “all necessary support” to Tajikistan as it confronted a then-unfolding security threat from Afghanistan, with which it shares an 843-mile-long border. The Taliban at the time was sweeping across the country as part of a successful military campaign to reconquer major cities and provinces on its way to toppling Kabul. Afghan government soldiers and refugees fleeing the Taliban’s offensive began to flood Tajikistan by early July, creating a massive border problem for the ex-Soviet state and CSTO member. 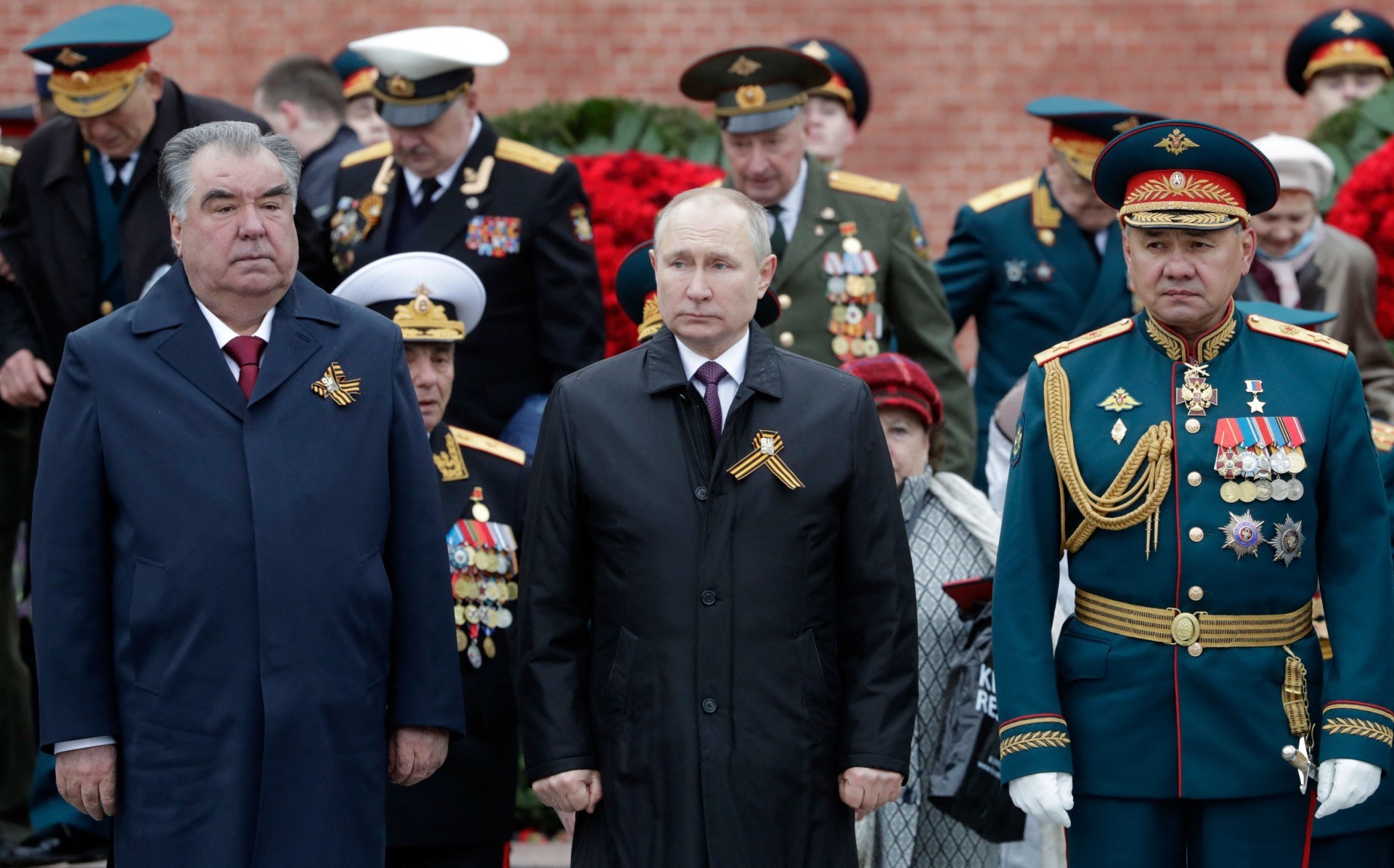 Putin and Rakhmon “had a detailed discussion on the complex situation on the Tajik-Afghan border prompted by the escalation of armed confrontation in Afghanistan, including in the border zone,” the Kremlin wrote in a July 5 statement confirming a phone call between the two leaders earlier that same day.

“Vladimir Putin reaffirmed determination to provide all necessary support to Tajikistan, both bilaterally and within the framework of the Collective Security Treaty Organization,” the press release read.

Fighting in the northern part of Afghanistan prompted over 1,000 Afghan government troops retreat to Tajikistan under pressure of [the] Taliban … militants in the early hours of July 5, after over 300 Afghan troops had retreated to Tajik territory on Saturday [July 3] and 94 others on Sunday evening [July 4].

The Tajik-Afghan border crisis worsened by August, with Russian Defense Minister Sergei Shoigu confirming on August 11 that the Taliban had gained full control of Afghanistan’s land boundaries with Tajikistan and Uzbekistan.