As the Taliban took over Afghanistan, U.S. officials gave the terrorist-linked group a list of names of American citizens, green card holders, and Afghan allies in the region, according to Politico.

News that the Biden administration gave the Taliban what essentially a “kill list” of people in the region has reportedly sparked intense outrage among lawmakers behind the scenes. From Politico:

The move, detailed to POLITICO by three U.S. and congressional officials, was designed to expedite the evacuation of tens of thousands of people from Afghanistan as chaos erupted in Afghanistan’s capital city last week after the Taliban seized control of the country. It also came as the Biden administration has been relying on the Taliban for security outside the airport.

Since the fall of Kabul in mid-August, nearly 100,000 people have been evacuated, most of whom had to pass through the Taliban’s many checkpoints. But the decision to provide specific names to the Taliban, which has a history of brutally murdering Afghans who collaborated with the U.S. and other coalition forces during the conflict, has angered lawmakers and military officials.

One anonymous defense official said the information given to the Taliban amounted to a “kill list.” 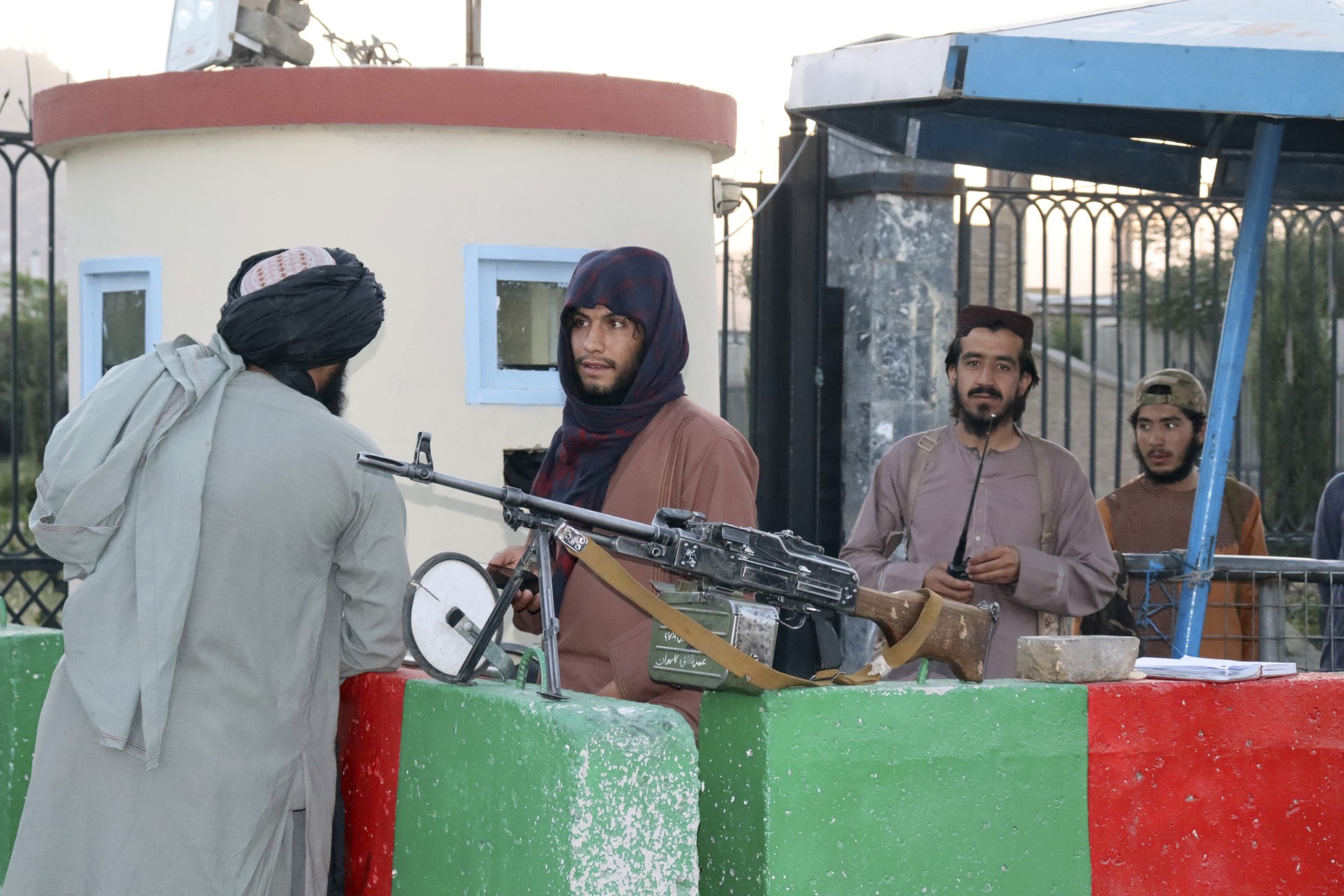 “Basically, they just put all those Afghans on a kill list,” said the official. “It’s just appalling and shocking and makes you feel unclean.”

As the August 31 deadline quickly approached, Biden administration officials believed that the best way to expedite the evacuation process would be to flag key people in need of rescue in hopes the Taliban would grant them safe passage without the need for armed conflict.

“After the fall of Kabul, in the earliest days of the evacuation, the joint U.S. military and diplomatic coordination team at the airport provided the Taliban with a list of people the U.S. aimed to evacuate,” noted Politico. “Those names included Afghans who served alongside the U.S. during the 20-year war and sought special immigrant visas to America. U.S. citizens, dual nationals and lawful permanent residents were also listed.” 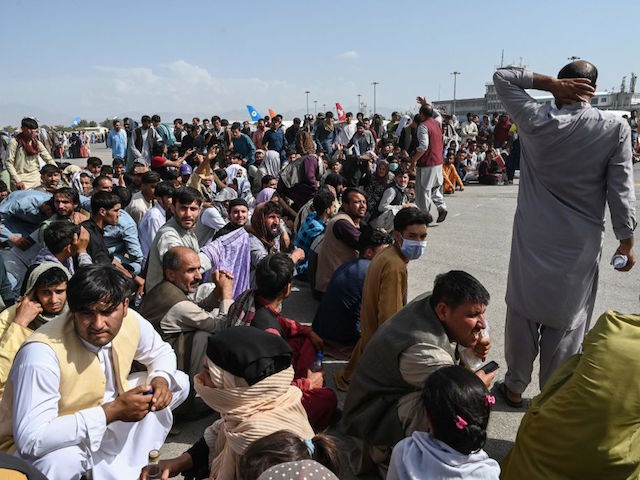 Afghan passengers sit as they wait to leave the Kabul airport. (WAKIL KOHSAR/AFP via Getty Images).

But after thousands of visa applicants arrived at the airport, overwhelming the capacity of the U.S. to process them, the State Department changed course — asking the applicants not to come to the airport and instead requesting they wait until they were cleared for entry. From then on, the list fed to the Taliban didn’t include those Afghan names.

As of Aug. 25, only U.S. passport and green card holders were being accepted as eligible for evacuation, the defense official said.

Still, that U.S. officials handed over a list of Afghan allies and American citizens and residents shows the extent to which they outsourced security of the airport’s outer perimeter to the Taliban. The Taliban has gone door-to-door in search of Afghan interpreters and others who helped U.S. and Western forces.

News of this alleged kill list comes hours after 60 people, including 11 U.S. Marines and one Navy medic, were killed by a suicide bomber near the Abbey Gate of Kabul airport. Following the attack, Senate Foreign Relations Committee Chair Bob Menendez (D-NJ) tacitly scolded the Biden administration for trusting the Taliban to help secure Americans.

EDITORS NOTE: Graphic content / TOPSHOT – Wounded women arrive at a hospital for treatment after two blasts, which killed at least five and wounded a dozen, outside the airport in Kabul on August 26, 2021. (WAKIL KOHSAR/AFP via Getty Images).

“As we wait for more details to come in, one thing is clear: We can’t trust the Taliban with Americans’ security,” he said.

“Basically, they just put all those Afghans on a kill list,” said one defense official, who like others spoke on condition of anonymity to discuss a sensitive topic. “It’s just appalling and shocking and makes you feel unclean.”
W/ @AndrewDesiderio @alexbward

Biden officials defended the move during a classified briefing on Capitol Hill earlier this week, which turned contentious.