A nuclear reactor in North Korea that closed for a short period of time during former President Donald Trump’s negotiations with the country appears to have been reactivated.

According to the Wall Street Journal (WSJ), the U.N. atomic agency said that a plutonium-producing reactor in Yongbyon, North Korea, appears to have resumed operations in violation of the United Nations Security Council resolutions.

“Since early July, there have been indications, including the discharge of cooling water, consistent with the operation of the reactor,” said the International Atomic Energy Agency in its annual report.

The reactor reportedly remained inactive between December 2018 and July 2021. Signs also indicate that North Korea has been using “a nearby laboratory to separate plutonium from spent fuel previously removed from the reactor,” according to WSJ. 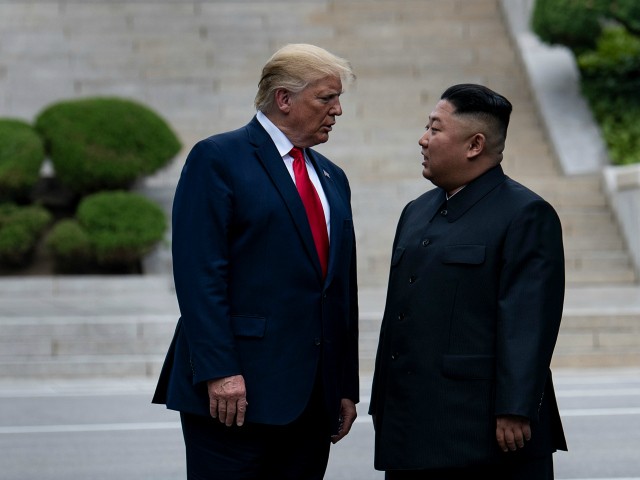 Gary Samore, director of the Crown Center for Middle East Studies at Brandeis University, said the resumed operations indicate that North Korea is moving to expand its nuclear arsenal.

North Korea offered to shut down the Yongbyon reactor at the 2019 Hanoi summit with former President Trump in exchange for a lift on sanctions. The Trump administration rejected that offer. Robert Einhorn, a former senior State Department official, said that Kim Jong-un most likely shut the reactor down in hopes of reaching a nuclear deal.

“The recent inactivity of key facilities at Yongbyon seems related to Kim Jong Un’s offer at the Hanoi summit to shut down Yongbyon,” said Einhorn. “Resumed operations at the reactor and reprocessing facility may be an indication that he sees little prospect of a nuclear deal.”

“Our policy will not focus on achieving a grand bargain, nor will it rely on strategic patience,” White House press secretary Jen Psaki told reporters in April. “Our policy calls for a calibrated, practical approach that is open to and will explore diplomacy with the DPRK [Democratic People’s Republic of Korea].”

News of North Korea’s resumed nuclear reactor comes on the heels of the Biden administration’s botched withdrawal from Afghanistan.