Clad in captured American camouflage uniforms, the Taliban envoys grinned broadly while holding weapons and assorted sophisticated military paraphenalia left behind by allied forces as they declared to the world Afghanistan is now under their total control. 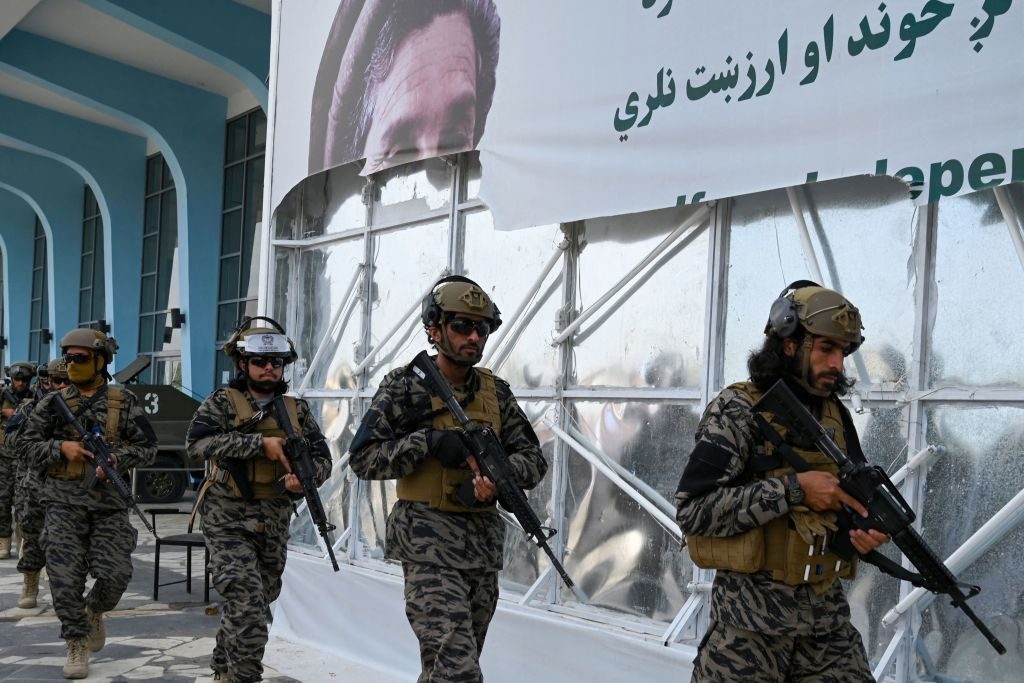 Members of the Taliban Badri 313 military unit walk past a torn down banner featuring a picture of late Afghan Mujahideen leader Ahmed Shah Massoud as they arrive at the airport in Kabul on August 31, 2021, after the U.S. pulled all its troops out of the country to end a brutal 20-year war — one that started and ended with the hardline Islamist in power. (WAKIL KOHSAR/AFP via Getty Images) 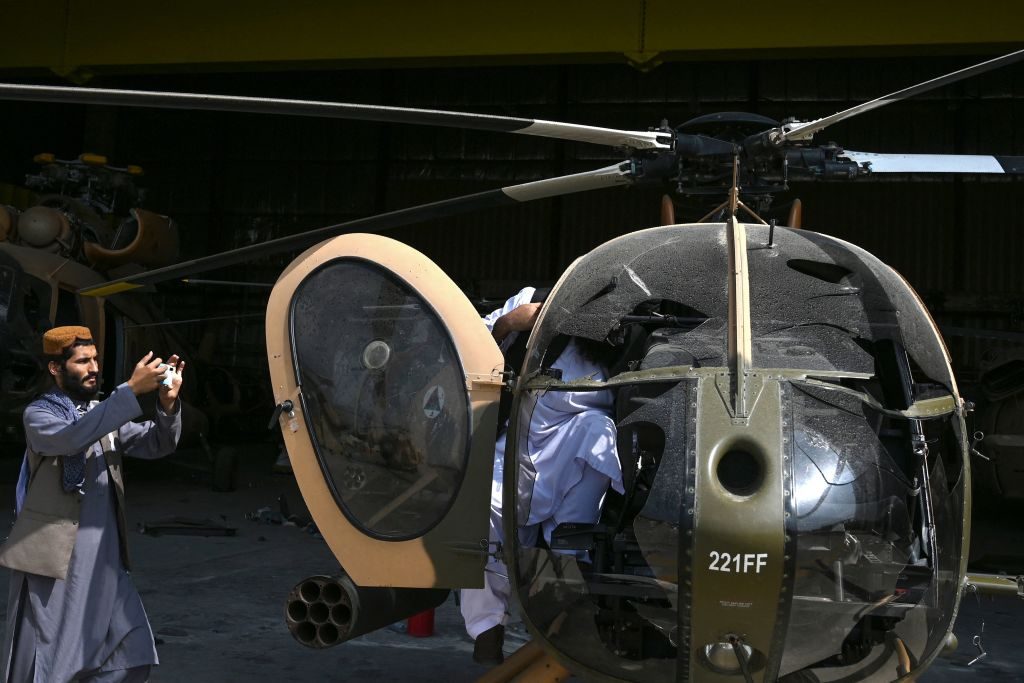 A Taliban fighter takes a picture of an Afghan Air Forces MD 530 helicopter with his mobile phone near the hangar at the airport in Kabul on August 31, 2021. (WAKIL KOHSAR/AFP via Getty)

“Afghanistan is finally free,” Hekmatullah Wasiq, a top Taliban official, told the Associated Press on the tarmac. “The military and civilian side (of the airport) are with us and in control. Hopefully, we will be announcing our Cabinet. Everything is peaceful. Everything is safe.”

Wasiq also urged the nation of 38 million people to return to work and reiterated the Taliban pledge offering a general amnesty. “People have to be patient,” he said. “Slowly we will get everything back to normal. It will take time.”

Taliban spokesman Zabihullah Mujahid warned the world to tread carefully in its dealings with the newly claimed Islamic emirate.

“I hope you be very cautious in dealing with the nation,” he said. “Our nation has suffered war and invasion and the people do not have more tolerance.”

At the end of his remarks, the Badri fighters shouted: “God is the greatest!”

The Pentagon on Monday announced the completion of the evacuation mission in Afghanistan, the end of the U.S. military presence after nearly 20 years.

“Our technical team will be checking the technical and logistical needs of the airport,” he said. “If we are able to fix everything on our own, then we won’t need any help. If there is need for technical or logistics help to repair the destruction, then we might ask help from Qatar or Turkey.”

Earlier Central Command head General Kenneth McKenzie said 73 aircraft were “demilitarised,” or rendered useless, by departing U.S. troops as they wrapped up the two-week evacuation of the Taliban-controlled country. 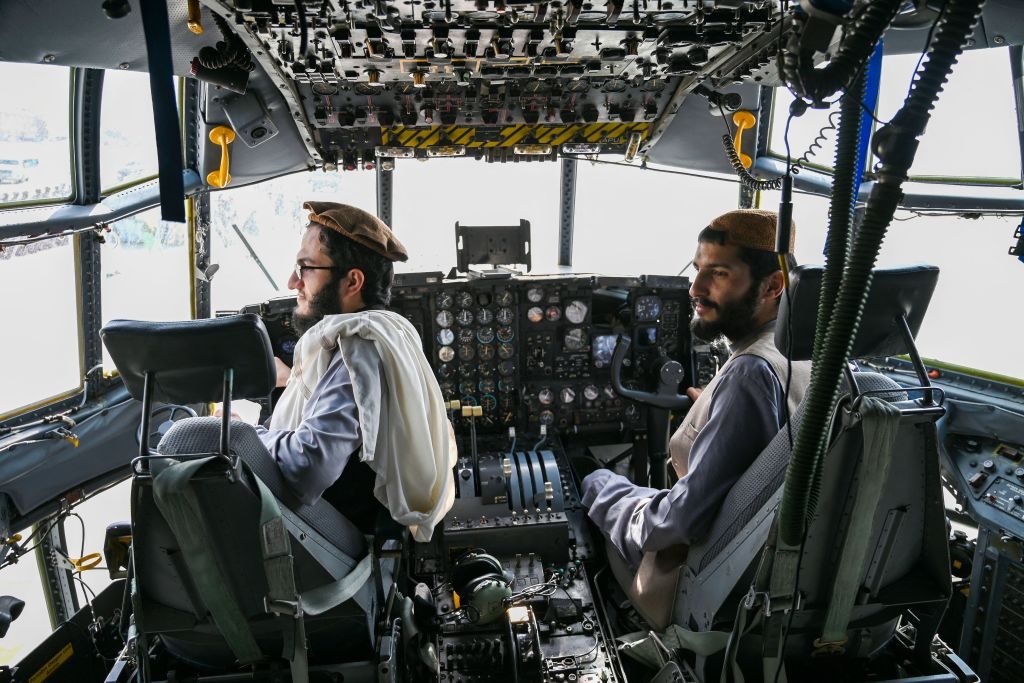 Taliban fighters relax in the cockpit of a captured Afghan Air Force aircraft at the airport in Kabul on August 31, 2021 (WAKIL KOHSAR/AFP via Getty Images)

He said the Pentagon, which built up a force of nearly 6,000 troops to occupy and operate Kabul’s Hamid Karzai International Airport when the airlift began on August 14, left behind around 70 MRAP armoured tactical vehicles — which can cost up to $1 million apiece — that it disabled before leaving, and 27 Humvees.

The system that helped fend off a five-rocket barrage from the Islamic State group on Monday was also rendered useless by departing U.S. forces.

The Associated Press and AFP contributed to this story