Putian city in southeastern China’s Fujian province sealed off more than half of its highway entry and exit points on Sunday as part of an effort by municipal authorities to contain a new, local outbreak of the Chinese coronavirus, Reuters reported on Monday.

“Among a total of 20 highway entries and exits in the city, 12 have barred vehicles from entering or leaving,” according to the news agency.

Municipal authorities barred all 3.2 million residents of Putian from leaving the city starting September 12 except for reasons deemed “essential” by local government officials.

“In principle those in Putian should not leave the city and those who must leave must hold a negative nucleic acid certificate taken within 48 hours,” Putian’s anti-epidemic group stated in a September 12 press release. 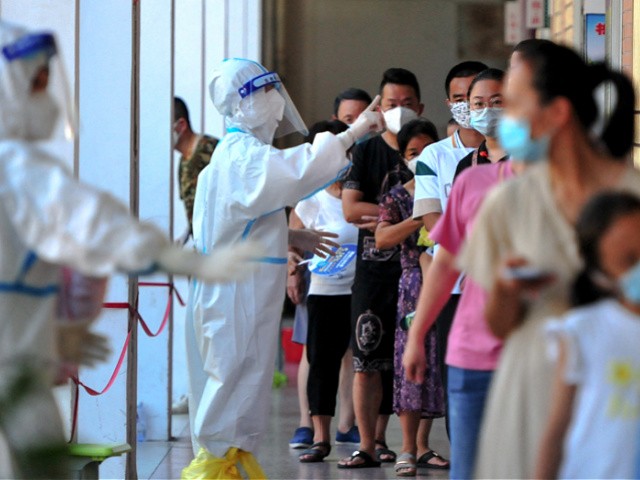 Putian health officials first detected the city’s latest coronavirus outbreak on September 10 in a few school children who live and study in Xianyou, a county within the municipal region of Putian that is home to 900,000 people.

Authorities in Xianyou county have additionally “halted buses and taxi services, closed a long-distance bus station, and barred passengers from boarding or getting off from its train station,” Reuters reported on September 13, citing Chinese state media.

Fujian province reported a total of 43 new, locally transmitted cases of the Chinese coronavirus between September 10 and September 12, including 35 in Putian city, data from China’s National Health Commission shows.

“Another 32 asymptomatic cases, which China does not count as confirmed cases before they show clinical signs such as fever, have been detected in the province [Fujian] since September 10, all in Putian city,” Reuters noted on September 13.

Putian government officials further ordered restaurants to shorten their opening hours and reduce capacity limits. Residents of the city are strongly encouraged to work from home. In-person learning for nearly all kindergarten and elementary schools, as well as some high schools, has been suspended.

“Since September 10, the infections linked to Putian’s epidemic outbreak has soared to 96 in three days, 79 in Putian, 10 in Xiamen and seven in Quanzhou,” the Global Times reported on September 13.