Beijing on Thursday denounced the new “AUKUS” military pact announced by Australia, the U.K., and the U.S. Wednesday, describing the alliance — which aims to counter China’s growing influence in the Indo-Pacific region — as “extremely irresponsible” and warning it “seriously undermines regional peace.”

“The nuclear submarine cooperation between the US, the UK and Australia has seriously undermined regional peace and stability, intensified the arms race and undermined international non-proliferation efforts,” Chinese Foreign Ministry Spokesman Zhao Lijian said at a regular press briefing on September 16.

“The export of highly sensitive nuclear submarine technology to Australia by the US and the UK proves once again that they are using nuclear exports as a tool for geopolitical game and adopting double standards. This is extremely irresponsible,” he continued.

Zhao said AUKUS “undermines” the “mutual trust and cooperation among regional countries” in the Indo-Pacific and urged its member states to “abandon” the pact’s “outdated Cold War zero-sum mentality and narrow-minded geopolitical perception.” 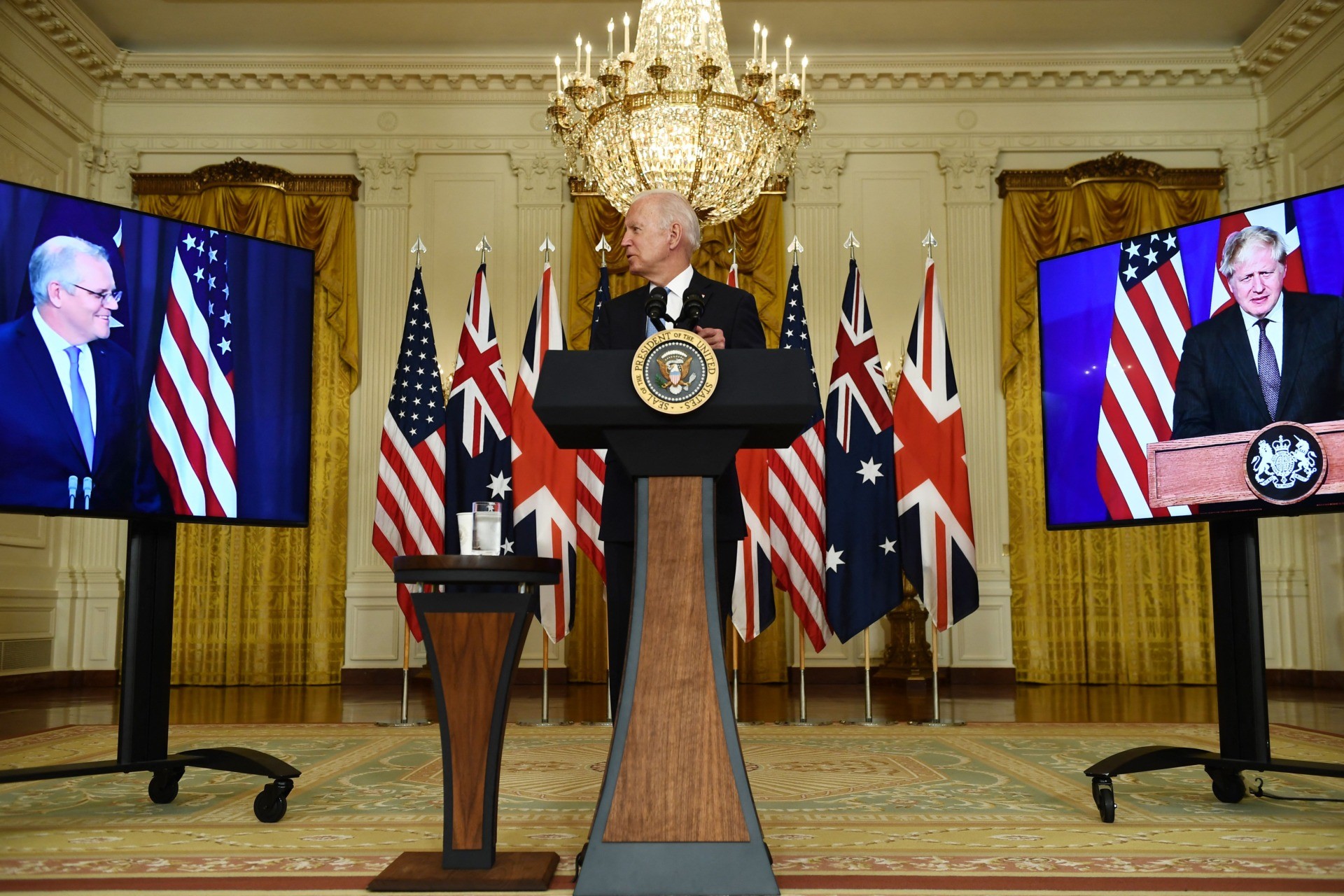 “This is an historic opportunity for the three nations, with like-minded allies and partners, to protect shared values and promote security and prosperity in the Indo-Pacific region,” the three states wrote in a joint statement.

The BBC on Thursday described the new “AUKUS” pact as “the most significant security arrangement between the three nations since World War Two.”

Most political analysts view the new military alliance as an effort by the West to counter the Chinese military’s increasing presence throughout the Indo-Pacific region and especially in the hotly disputed South China Sea, which Beijing illegally claims in its entirety.

China has ramped up its belligerent actions in the South China Sea in recent years and months, with a special focus on intimidating Taiwan. Beijing considers Taiwan a rogue province of China and has vowed to “reunify” the island with its mainland by military force if necessary.

Taiwan is a successful, independently wealthy nation with its own government and military. The island, located off China’s southeast coast just north of the South China Sea, is an unofficial Western ally. China covets Taiwan for its extremely valuable microchip production. The Taiwan Semiconductor Manufacturing Company singlehandedly produces nearly all of the world’s supply of microchips.