Beijing canceled half of all flights into and out of the city and locked down its most populous neighborhood — considered the “largest residential area in Asia” — on Tuesday to contain the spread of nationwide coronavirus outbreak that threatens to overtake the Chinese national capital just three months before it is scheduled to host the 2022 Winter Olympics.

“About half the flights to and from Beijing’s two airports were cancelled Tuesday as the capital tightened travel restrictions after a trickle of new cases in the city and other parts of the country in the last few days,” CNBC reported on November 2. 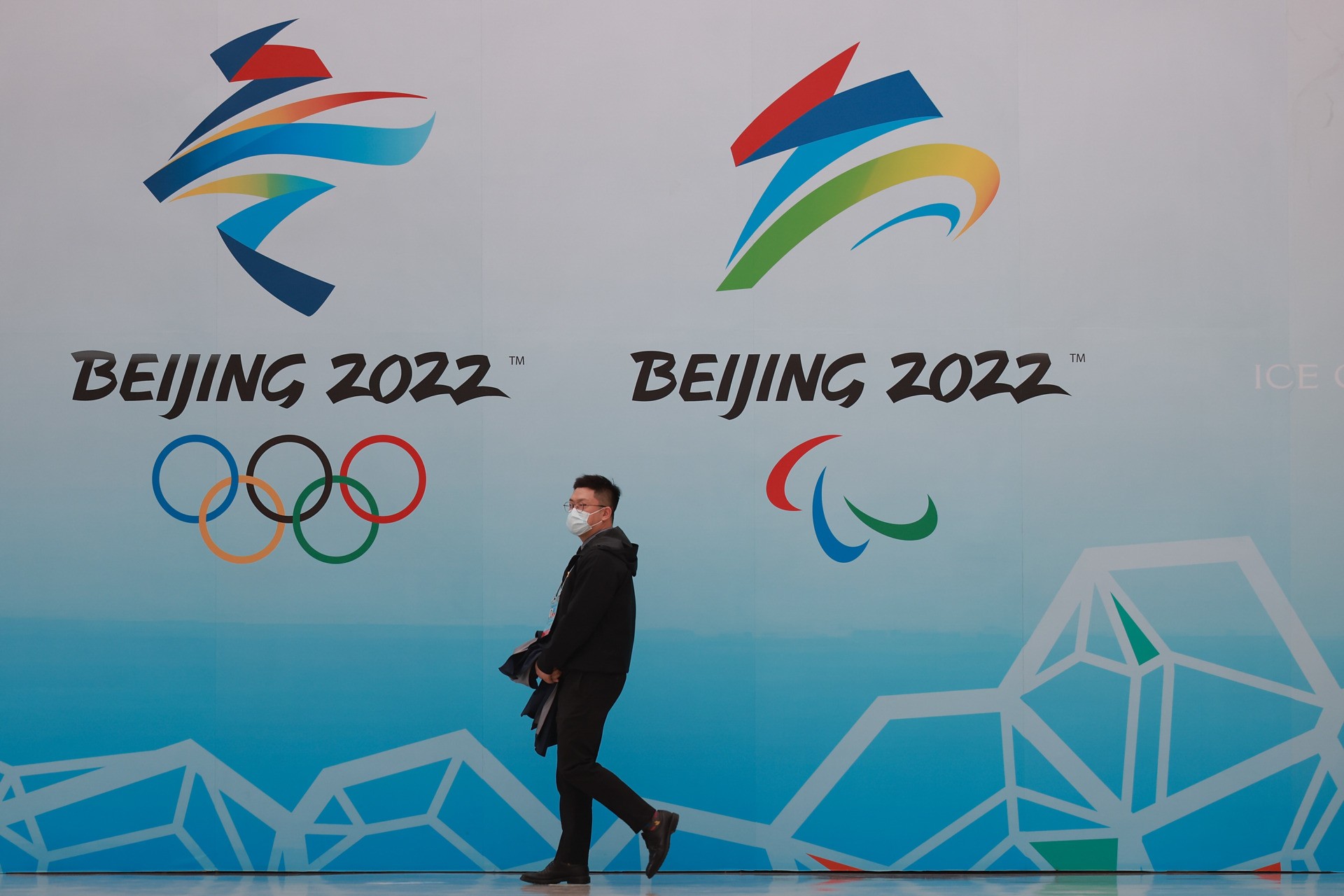 BEIJING, CHINA – APRIL 09: A Chinese man wears a protective mask as he walk in front the logos of the 2022 Beijing Winter Olympics at National Aquatics Centre on April 9, 2021 in Beijing, China. A “Meet in Beijing” ice test event for the 2022 Winter Olympics will be held from April 1-10. (Photo by Lintao Zhang/Getty Images)

Beijing residents who recently left the city for business or leisure trips and traveled to regions of China with confirmed coronavirus cases should “postpone” returning to Beijing and stay where they are, Beijing’s municipal health commission announced in a statement issued November 1.

Beijing residents currently in the national capital “should avoid leaving the city unless necessary,” the commission further advised.

Municipal health officials ordered “Tiantongyuan, an enormous neighborhood in Beijing’s Changping district reputed to be the largest residential area in Asia,” to enter a limited state of lockdown on November 2 after allegedly detecting just four new coronavirus infections in the community, which is home to 142,700 residents, the state-run Global Times reported. Changping district recorded 30 new cases of the Chinese coronavirus as of November 2.

“Yang Renquan, the deputy head of Changping district, said the district has quarantined 3,517 close contacts and 991 secondary close contacts [of Changping’s active coronavirus cases],” according to the Global Times.

Local officials ordered Shijiazhuang, a city neighboring Beijing, to enter a public health “emergency status” on November 2 after allegedly detecting just 12 new cases of the Chinese coronavirus earlier that same day. Shijiazhuang is the capital of China’s northern Hebei province, which surrounds Beijing, and is home to more than 11 million people. Municipal authorities said they were strictly monitoring the “entry and exit points” for two of Shijiazhuang’s sub-districts, Shenze county and Jinzhou city, on November 2 to control movement into and out of the densely populated areas.

“Shenze county released a notice on October 31 to require all residents to stay indoors and take nucleic acid tests,” according to the Global Times.

Beijing is set to host the 2022 Winter Olympics from February 4 through February 20. The event promises to draw thousands of people to the Chinese national capital, which is home to 21 million residents. Chinese health officials were forced to postpone the 2021 Beijing Marathon last week citing public health concerns during the country’s latest coronavirus epidemic. Marathon organizers said the event, originally scheduled for October 31, was postponed “until further notice in order to prevent the risk of the epidemic spreading (and) effectively protect the health and safety of the majority of runners, staff, and residents.”