The Committee to Protect Journalists (CPJ) named China the world’s worst jailer of journalists on Thursday, the third year in a row that the host of the upcoming 2022 Winter Olympics has taken the title.

The organization called 2021 “an especially bleak year for defenders of press freedom,” noting that it managed to confirm the arrests of 293 journalists, a record high for the group and unseating a record made only in 2020. It also noted the appearance of several new countries at the top of the list. Most dramatic in its change in handling media is Myanmar, which the CPJ noted had zero journalists imprisoned in 2020 but came in second place to China this year.

In China, the CPJ listed growing persecution of journalists in formerly free Hong Kong, the disappearance of Chinese journalists attempting to document the government’s poor handling of the Chinese coronavirus pandemic at home, and the ongoing genocide of the Uyghur people in East Turkistan among aggravating factors in the Chinese Communist Party’s attacks on freedom of the press.

The group identified two cases in particular worth alarm: the imprisonment of Jimmy Lai, founder of Hong Kong’s Apple Daily and staunch anti-communist; and Zhang Zhan, a citizen journalist who disappeared into Communist Party custody in 2020 after filming the disastrous handling of the Chinese coronavirus outbreak in Wuhan, where the virus originated, in early 2020.

“Eight Hong Kong media figures, including Jimmy Lai, founder of Apple Daily and Next Digital and CPJ’s 2021 Gwen Ifill Press Freedom Awardee, were jailed in a stark blow to the city’s already embattled independent press. Some could face life in prison,” The CPJ noted. “On mainland China [China’s true borders not including territories it wrongly claims, like Taiwan and Hong Kong], others face a litany of vague Orwellian charges.” 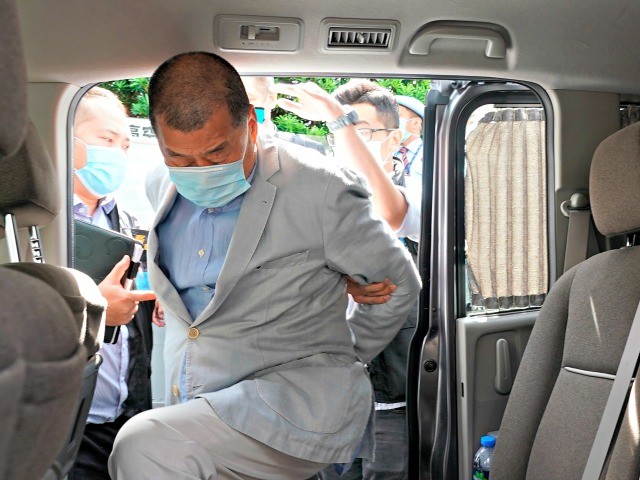 Hong Kong media tycoon Jimmy Lai, who founded local newspaper Apple Daily, gets into a car after being arrested by police officers at his home in Hong Kong, Monday, Aug. 10, 2020. (AP Photo)

Persecution in Hong Kong escalated precipitously in 2020 with the passage of the “national security law” in Beijing. Under “One Country, Two Systems,” the policy that governs Hong Kong, laws passed in Beijing do not apply to the residents of the formerly autonomous city, but the Hong Kong police began enforcing the law, anyway.

The “national security law” demands a minimum sentence of ten years in prison for anyone found guilty of “terrorism,” “inciting secession,” “inciting foreign interference,” or “subversion of state power.”

Police have been liberal in interpreting the last two, on one occasion arresting a Liverpool soccer fan for “inciting foreign interference” and shutting down Apple Daily for a variety of charges under both the last two “crimes.”

Lai, 73, is personally facing at least a decade in prison under the “foreign interference” allegation. He turned 74 years old on Wednesday.

CPJ reported identifying 50 journalists in prison in China for their work. The organization only counts individuals whose whereabouts it can confirm and who have been arrested explicitly for engaging in journalism. 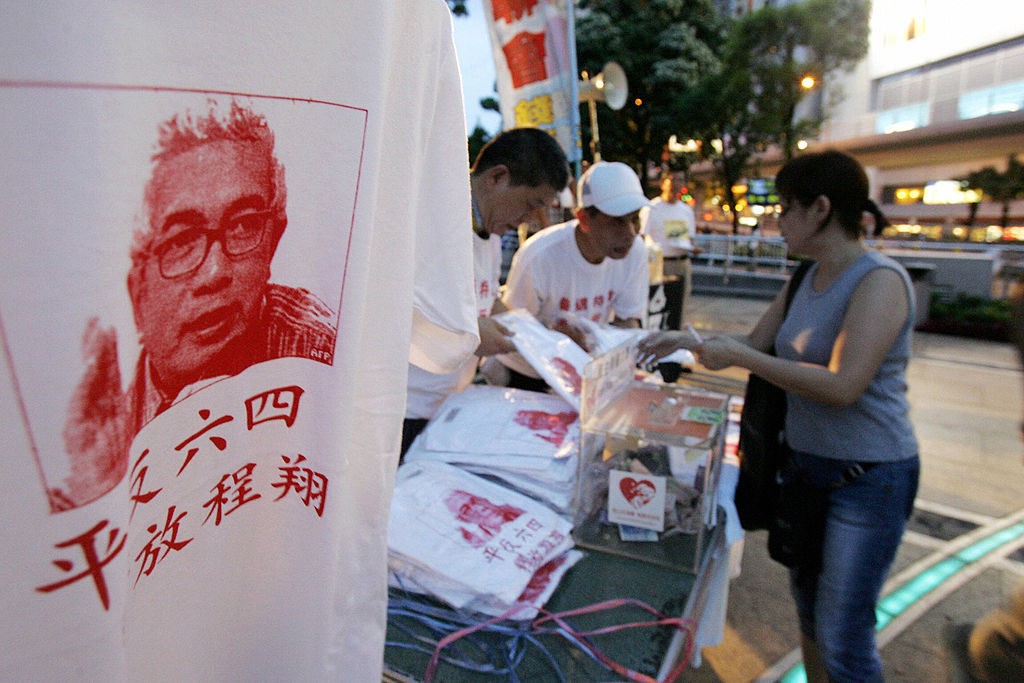 “The prison census accounts only for journalists in government custody and does not include those who have disappeared or are held captive by non-state actors. These cases are classified as ‘missing’ or ‘abducted,'” CPJ noted. “CPJ includes only those journalists who it has confirmed have been imprisoned in relation to their work.”

While ensuring that all those counted are confirmed cases of media persecution, this means that CPJ’s count is likely significantly lower than the actual number of journalists behind bars around the world. China regularly disappears anyone considered a threat to the Communist Party with no explanation, making their arrests impossible to confirm.

China’s extreme persecution of journalists joins a growing number of human rights atrocities to its name that include the aforementioned genocide; the torture and disappearance of political dissidents; a systematic effort to erase ethnic minority cultures in places like occupied Tibet; crushing restrictions on nearly every religion present in the country; and widespread, state-sponsored slavery.

Despite these crimes, all of them extensively documented by groups like CPJ, the International Olympic Committee (IOC) has refused to move the 2022 Beijing Games, insisting that it is “not a world government” and has no power to avoid honoring China with the prestigious title of Olympics host.

Prior to China, Turkey under authoritarian Islamist Recep Tayyip Erdogan won the ignominious superlative of world’s most severe persecutor of journalists from 2016 to 2019. The alleged failed coup against Erdogan in 2016 prompted his regime to shut down over 100 media outlets and usurp authority over several formerly independent outlets, like the newspapers Hurriyet and Zaman.

A combination of legal action and violent mob attacks on media offices effectively eliminated the national free press in Turkey, so 2021 was an uncharacteristically quiet year for Turkey, which dropped to the number six ranking. 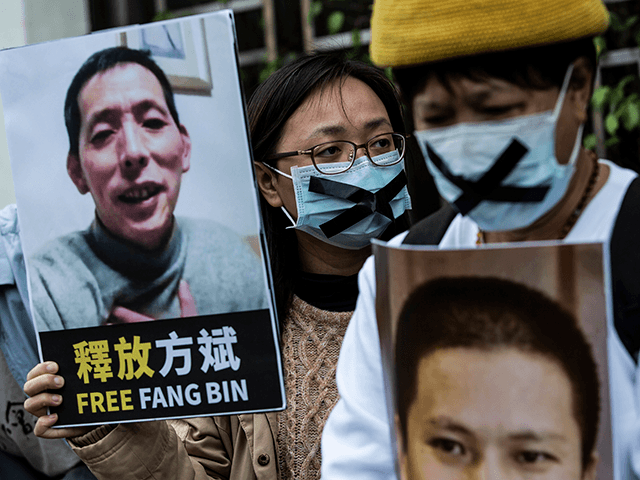 A pro-democracy activist (C) from HK Alliance holds a placard of missing citizen journalist Fang Bin, as she protests outside the Chinese liaison office in Hong Kong on February 19, 2020, in protest against Beijings detention of prominent anti-corruption activists. (ISAAC LAWRENCE/AFP via Getty)

The Chinese coronavirus pandemic, which originated in China and became a pandemic directly as a result of Communist Party policies, seems to have exacerbated the persecution of journalists around the world. In 2019, when China first took the top spot, CPJ documented 250 arrests, less than the 255 arrested in 2018. Prior to this year’s record, CPJ logged a record high in 2016 with 273 imprisoned journalists – a direct result of Erdogan’s crackdown on media after the alleged failed coup against him in July of that year.

In other words, a trend of declining persecution abruptly ended following the pandemic and yielded two straight years of record-high arrests.

“In a world preoccupied with COVID-19 and trying to prioritize issues like climate change, repressive governments are clearly aware that public outrage at human rights abuses is blunted and democratic governments have less appetite for political or economic retaliation,” CPJ observed.