Chinese Communist Party officials in China’s Henan province “either concealed or delayed” the documentation of 139 deaths from floods that devastated the east-central region in July 2021, Bloomberg reported Sunday.

Bloomberg reported the finding on January 23 citing as its source an original investigation by China’s State Council, or chief administrative authority, into flooding that ravaged the province of Henan — especially its capital city, Zhengzhou — last summer. The State Council published the results of its probe on January 21.

“According to the report, departments at different levels in Henan were found reporting false numbers of missing people in different phases and blocking the reporting process,” China’s Global Times relayed on January 23. 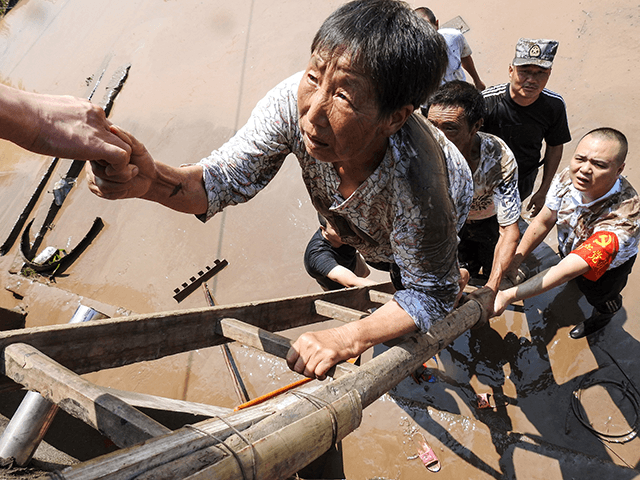 “From July 25 to 29, 2021, Zhengzhou and affiliated counties concealed and unreported 116 missing people. The investigation team found that 41 people were unreported in Zhengzhou,” the report divulged.

The Global Times is published by the People’s Daily, which is the official newspaper of the Central Committee of the Chinese Communist Party. The Central Committee in August 2021 approved an investigation into Henan’s July 2021 flooding that produced the report in question.

China’s State Council on January 21 ordered the “demotion and punishment” of 97 local government officials in Henan for their “malpractice and … dereliction of duty” during the natural disaster.

The chief governing body said this collective “failure” of responsibility had caused Henan to suffer more casualties than necessary from the days-long inundation. Among the local Chinese Communist Party officials fired over the tragedy was Xu Liyi, the Communist Party chief of Zhengzhou during the incident.

“Officials in Zhengzhou, who were supposed to provide daily updates on the number of casualties, only reported a substantial portion of the cases after repeated requests from central and provincial authorities,” according to the report.

China’s State Council plans to transfer all “problems” uncovered during its extensive probe into the flooding to the Communist Party’s Central Commission for Discipline Inspection.

Relentless rainfall between July 17 and July 31, 2021, caused much of Henan province and its capital city, Zhengzhou, to flood resulting in mass casualties and infrastructure damage.

“A total of 14.78 million people in 150 counties and districts in the province were affected, and 398 people were dead or missing, with 380 in Zhengzhou alone,” the Global Times reported on Sunday.

Harrowing eyewitness video footage captured the flooding of Zhengzhou’s subway line on July 20, 2021. The tragic inundation trapped passengers inside at least one of the line’s train cars. Communist Party officials said at the time that just 14 metro passengers died in the incident, though the State Council’s new report suggests more people likely perished in the train car flooding.