A Chinese fighter jet challenged an Australian reconnaissance plane last month over the South China Sea, flying close by before releasing flares and bundles of chaff that entered at least one of its target’s engines causing a return to base.

Australian Defence Minister Richard Marles said Sunday that Canberra had raised concerns with Beijing about the “very dangerous” mid-air incident, which occurred in international airspace on May 26.

He described the encounter as “a dangerous maneuver which posed a safety threat to the P-8 aircraft and its crew.” 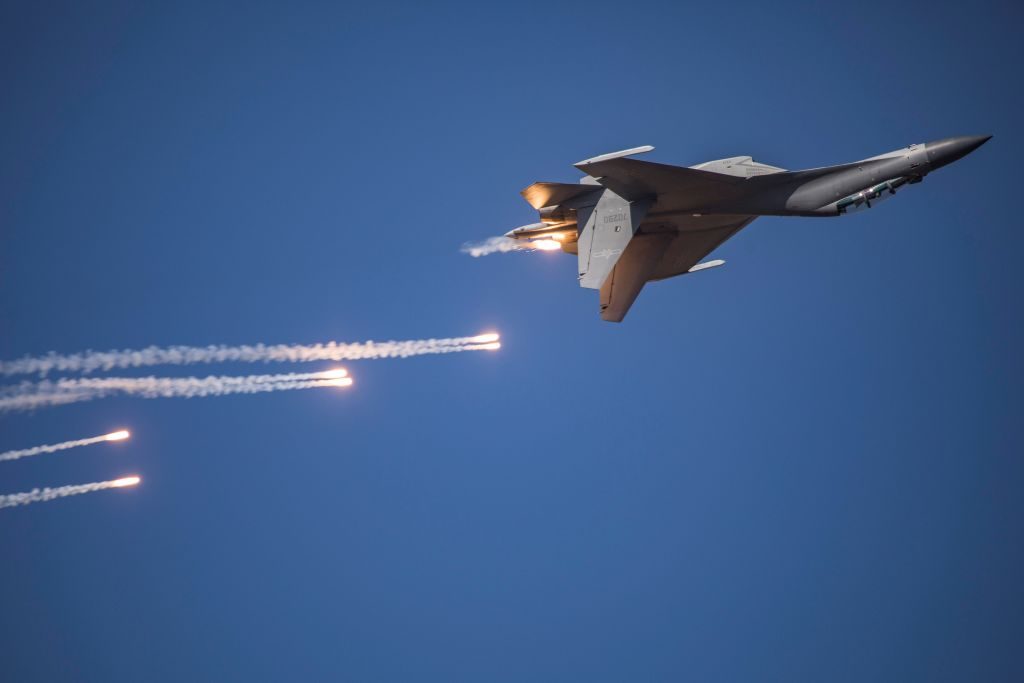 “At that moment it then released a bundle of chaff, which contains small pieces of aluminum, some of which were ingested into the engine of the P-8 aircraft. Quite obviously, this is very dangerous,” Marles said.

Military planes usually release chaff — typically tiny strips of aluminum or zinc — as a deliberate countermeasure to confuse missiles, but can also use it to sabotage pursuing aircraft.

Marles claimed China’s broader actions in the South China Sea were “inconsistent with the U.N. Convention on the Law of the Sea.”

Defence said Australian aircraft had for decades undertaken maritime surveillance activities in the region in accordance with international law, “exercising the right to freedom of navigation and overflight in international waters and airspace.”

The incident comes after a Chinese navy ship in February aimed a military-grade laser at another RAAF aircraft mid-flight.

Chinese warplanes also allegedly harassed a Royal Canadian Air Force (RCAF) plane “on several occasions” from April 26 to May 26 as it attempted to monitor possible sanction evasion activities by Pyongyang in international airspace near North Korea, Reuters reported on Thursday.

Communist China on the Move: The U.S. military has documented a "surge of maritime activity" by China in the South China Sea since the Chinese coronavirus global pandemic began. https://t.co/YUAijff4su

The Permanent Court of Arbitration at The Hague said on 12 July 2016 there was no evidence China had ever exercised exclusive control historically over the key waterway.

It further warned the Chinese Communist regime in Beijing to cease and desist from efforts claiming regional sovereignty.