The Chinese state-run propaganda newspaper Global Times published a story on Wednesday defending ebullient celebrations last week on Beijing-controlled social media following the news of the assassination of former Japanese Prime Minister Abe Shinzo, insisting that “it is impossible to expect” decorum from the Chinese public given Abe’s politics.

“Those who criticize Abe should not be silenced because of the way he died,” the Global Times, a mouthpiece for Communist Party opinion, insisted.

A gunman identified by police as Yamagami Tetsuya opened fire on Abe, the longest-serving prime minister in Japanese history, on Friday morning while the politician was delivering a stump speech in support of legislative candidates belonging to his conservative Liberal Democratic Party (LDP). Abe appeared to sustain two shots, dying that afternoon.

Police later told the press that Yamagami appeared to use a homemade firearm – Japan notoriously has some of the world’s strictest gun laws – and had attempted to build more guns and bombs in his home. According to reports, Yamagami said he had no political disagreement with Abe and targeted him because he believed the ex-prime minister to be tied to a religious group that had allegedly bankrupted his mother. 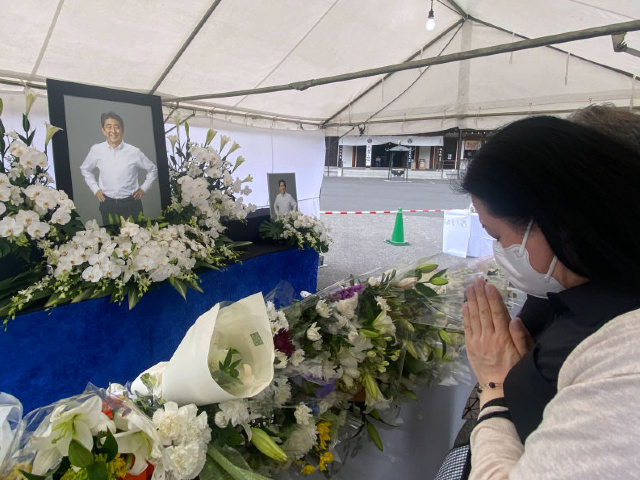 The assassination occurred two days before a pivotal legislative election in Japan. The LDP swept enough races to win a substantial majority in the legislature and its leader, Prime Minister Kishida Fumio, asserted that the party would work towards amending the World War II-era Japanese constitution to allow the nation to have a military. Currently, Japan maintains what it calls its “Self-Defense Forces,” not formal armed forces but a limited pseudo-military body.

The Chinese Communist Party aggressively opposes amending the Japanese constitution, insisting through its Foreign Ministry and other public arms that Japan’s war crimes during World War II make it a permanent threat to global stability if it is ever allowed to organize a military.

China’s heavily-censored Weibo social media network lit up on Friday with celebratory posts, first wishing that Abe would not survive the attempt on his life, then calling for champagne and gongs following confirmation of his death.

“Ready the gongs and beat the drums!” one poster wrote. Another asked if there was a way to donate money to Yamagami.

Others posted photos of local businesses hanging banners celebrating Abe’s death with promotions and discounts. Some bars offered “buy one get one free” beers.

In this world today, only several Chinese people will carry out promotional activities for the event.#ShinzoAbe #Japan#TheGreatTranslationMovement pic.twitter.com/dGQepUTZ5t

As Weibo rapidly deletes any commentary that goes against the Communist Party’s ideology, the presence of these remarks throughout the social media network indicates approval from dictator Xi Jinping’s regime.

The Chinese public’s behavior triggered international outrage and threatened to be an embarrassment for the regime. The Global Times responded to the condemnation on Wednesday by insisting that the celebrations were “reasonable.”

“Chinese public opinion of Abe depends on what Abe did to China, and considering his efforts to use US strategy and alliance to contain China, and his visit to the Yasukuni Shrine after his term ended, as well as his collusion with and encouragement to the Taiwan secessionists,” the propaganda outlet insisted, “it is impossible to expect the majority of Chinese people not to make negative and critical comments about Abe, analysts said.”

The newspaper claimed that the widespread celebrations were “the real public opinion in China,” based on Abe’s calls to amend Japan’s constitution and, later in his career, his stalwart defense of the nation of Taiwan’s right to exist in the face of constant threats of invasion from Beijing. 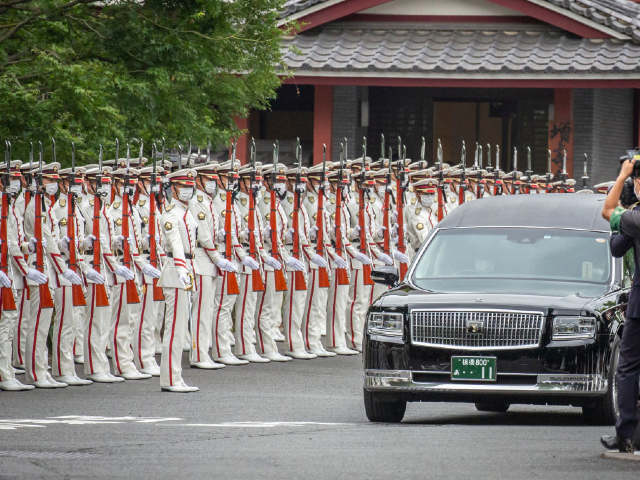 “Those who criticize Abe should not be silenced because of the way he died, and the outside world needs to learn and understand the reasons behind the critical attitude held by many Chinese people toward Abe,” the Global Times scolded.

The Global Times then proceeded to condemn Abe posthumously for allegedly aiding “the rise of right-wing conservative thought among Japanese society” and not bringing sufficient “sincerity” to ties with China.

The state newspaper, the flagship English-language publication of the Chinese government, had participated in some of the condemnation of Abe shortly after his death. Last week, the propaganda newspaper published a story on the same day that Abe died referring to him as having a “bad reputation among Chinese public [sic]” in particular for his visit to the Yasukuni Shrine. The site is meant as a memorial for Japan’s veterans, but some individuals honored at the shrine were classified as war criminals for their acts in World War II. The shrine was established in 1869, however, and also honors many individuals unrelated to the events of that war.

On Tuesday, the Global Times warned that Japan could become a “geopolitical thug” if it followed Abe’s legacy, and it told America, “the U.S. has made a serious mistake to think that Pearl Harbor was now history, and has forgotten that rearing a tiger is courting calamity.”