TUSCON, Arizona–Wednesday, June 18, marked the first day since over a thousand unaccompanied alien children (UACs) were shipped from south Texas to Nogales, Arizona ten days ago that reporters were allowed to see the inside of the Border Patrol holding facility, and the immigrants themselves. But this was not meant to be the dropping of the DHS veil that has opaquely covered the process by which these minors have been transferred, housed, processed, and subsequently released. Although reporters were impacted by finally seeing the UACs in confinement with their own eyes, they still left after a very short time feeling like they didn’t get the whole story.

Investigative reporter Michel Marizco from local Tucson news station KVOA tweeted a photo of about twenty journalists waiting to enter the Border Patrol holding facility. Then he tweeted, “But there’s a catch. Nobody from @DHSgov here is authorized to answer any questions. Meaning little context to what you’ll see today.” Just like elected officials before them, journalists were not allowed to bring in cell phones or electronic recording devices. Photojournalist Nick Oza tweeted, “Lots of media but no access; only pen and paper is allowed.” 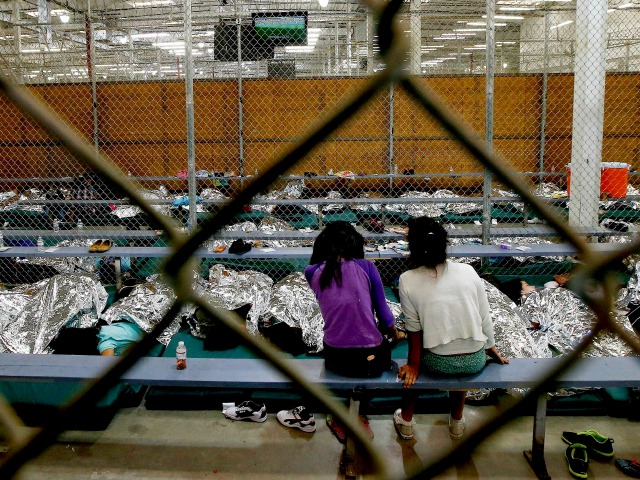 Chris Sherman and Astrid Galván from the Associated Press were the first journalists to post a story about the visit. They described a clean but sad state of affairs inside: “Children’s faces pressed against glass. Hundreds of young boys and girls covered with aluminum foil-like blankets next to chain-link fences. The pungent odor that comes with keeping dirty travelers in close quarters.” They explained the minors were being kept inside a huge warehouse and segregated by age and gender with chain-link fences. They were being fed every six hours in groups of 200, and showering regularly with FEMA-provided facilities.

The moods of the UACs varied, according to journalists’ observations. Some were playing with a ball outside, others were sitting quietly, and some were crying. No one was allowed to speak to the detained minors. Sherman said via Twitter that officials wanted to make as little disruption as possible. His walkthrough at the Brownsville facility lasted little longer than ten minutes. Galván said her group of reporters in Nogales were strongly warned against speaking to anyone, and they were followed closely by Border Patrol agents. Her visit lasted less than half an hour. When asked if they learned anything really new, Galván just replied that there’s definitely “something to be said about seeing something first-hand instead of hearing about it from someone else.” Sherman said he got a “better sense of the efforts that have been made and why the law says they need to be sent to HHS in 72 hours.”

One journalist, however, was able to sneak in a few words with some teenagers out of sight of monitoring agents. Jon Justice from 104.1 KQTH in Tucson, AZ said via Twitter that many of the kids didn’t seem completely unhappy with being in the detention facility. When asked if it was because they were in a safe place and being fed better than they’re used to, he replied, “Actually its because they were headed to NY, New Jersey and Maine to meet family and knew they would be going soon, for free.” Justice added, “From the kids and what the agents were saying, most came for some type of ‘amnesty’ not because of conditions in Central [America].” 104.1 KQTH posted several photos–provided to them by one official photographer on site–on the station’s website. 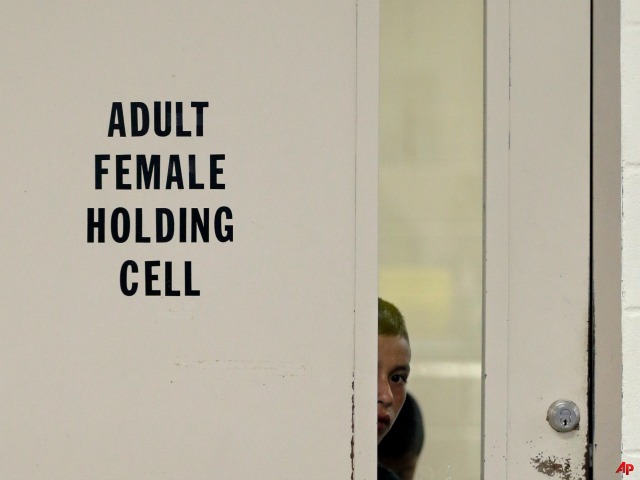 Justice, the conservative radio talk show host of The Jon Justice Show, was deeply affected by the experience. “I immediately got a different perspective on the humanitarian part of it,” he said. “It doesn’t mean that I’ve changed my views as far as wanting to stop the flow of these individuals coming into the country, or enforcing our laws. But it certainly brought up some conflicts within me of, seeing the faces, looking at the children, and getting a better understanding of what we’re dealing with.”

But not everyone has been prohibited from making contact with the minors. Juanita Molina, director of the humanitarian organization Border Action Network (BAN), shared her visit to the Nogales facility with the Tucson Weekly. She explained that because her organization has such a close relationship with the Border Patrol’s Tucson Sector, she “was invited to tour the Nogales facility and participate in a discussion and evaluation process based on [their] shared values.” Molina also said, “As a humanitarian organization, BAN supports the ACLU in its action to bring light to the violations against unaccompanied minors in detention.”

While the Border Patrol and the Border Action Network may seem like strange bedfellows, Molina had generally kind words for the operation of the facility. She said that the agents were doing a good job of keeping the facility clean and the children fed and safe. But although their basic human needs are being met, she is concerned that agents are ill equipped to handle the emotional needs of the minors, especially since many of them have been traumatized. 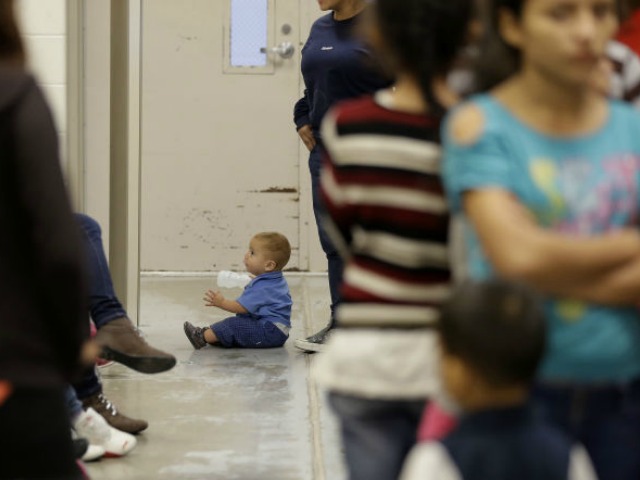 But one has to ask why Molina was granted so much access–access that has been repeatedly denied to elected officials, reporters, and even church officials. Molina said her “tour and briefing lasted approximately 5 hours. [She] met with Tucson Sector Chief Manuel Padilla and the commanding officers in charge, and [she] had the opportunity to engage with all officers and ask questions at each station of the facility.” She was also “given access to the medical triage station, food preparation areas, and holding cells,” where she spoke to several children and frightened teen mothers.

Given that Molina’s organization supports the ACLU and shared her visit details with the left-leaning Tucson Weekly, one might expect a very critical picture of the situation in the Nogales holding facility, but quite the opposite was the case. The question remains if she was given completely unprecedented, extended, and exclusive access because the BAN has a “close relationship” with the Border Patrol and DHS knew they could expect a “good news” story; after all, Molina is not a journalist with certain duties and responsibilities to the craft, although one would expect her to have a critical eye. The fact remains Molina’s visit and the engaging narrative that goes with it still does nothing to truly increase the amount of transparency–or lack thereof–being displayed by DHS. Just ask any reporter who went on Wednesday’s half-hour tour.

Sylvia Longmire is a border security expert and Contributing Editor for Breitbart Texas. You can read more about the evolution of cross-border migration in her new book, Border Insecurity: Why Big Money, Fences, and Drones Aren’t Making Us Safer.