AUSTIN, Texas — The Austin Police Department arrested a woman last night after a “Molotov cocktail” was thrown at pro-life activists praying outside of an Austin Planned Parenthood abortion facility. A Molotov cocktail is a type of homemade incendiary device usually incorporating gasoline, a breakable glass bottle, and a wick that is lit before the device is thrown.

According to a report by LifeNews.com, volunteers with the pro-life groups Central Texas Coalition for Life and 40 Days for Life were praying outside the abortion facility in South Austin when the woman drove up and threw the Molotov cocktail at them. Fortunately, one of the volunteers quickly stomped out the flames and no one was injured. The volunteers wrote down the woman’s license plate and reported it to the police. 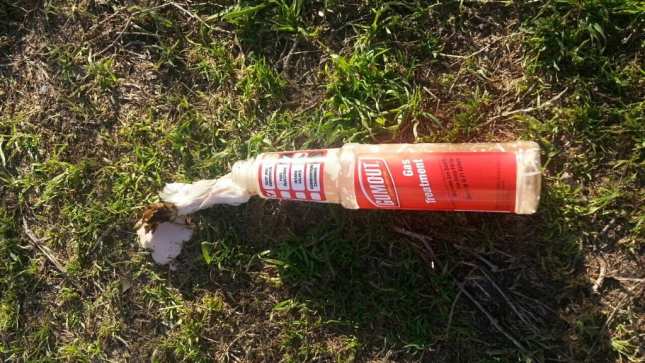 According to a report by KXAN Austin, the Planned Parenthood clinic involved is on East Ben White Boulevard near South Congress. Planned Parenthood told KXAN none of their staff and patients were injured or affected by the incident.

Breitbart Texas contacted the Austin Police Department, and their public information officer confirmed that they did receive a call and a woman was arrested at an Austin Planned Parenthood. They were unable to release any specifics about what she threw; their report “just said that something was on fire in the call.”

The case has not been assigned to a detective yet, according to the Austin Police Department. It has not been determined whether they will handle the case or give it to another agency. There may possibly be federal issues involved.

The Central Texas Coalition for Life members told LifeNews.com that they were grateful no one was hurt and would be praying for the woman.

“We know that many women are hurting from past abortion experiences,” said Executive Director Heather Gardner. “One of the ways people sometimes lash out is through anger and violence. We pray for this woman and pray for healing in her heart if she is hurting from a past abortion.”

“We are so thankful that none of our courageous volunteers were injured during the incident,” said Gardner. “Because of their quick actions, the woman responsible was apprehended and will be held accountable.”

Board President Abby Johnson added, “In the culture of death perpetrated by abortion supporters, it is no surprise that they would respond to our pro-life efforts in this violent way. We must remember that this type of incident is very rare and it will in no way deter us from offering real options to women walking into abortion facilities. We are here to promote peace in and out of the womb, something abortion supporters do not understand.”

Breitbart Texas will provide updates to this story if more information becomes available.