Almost four and a half years ago, a small bank in a small town northwest of Houston posted a sign on their front door. Chappell Hill Bank had been robbed five times over the years, every time, according to Bank President Edward Smith “by Yankees”. In 2010, Smith ordered the sign for the door, and things have been “different” since then.

In an exclusive interview Monday with Breitbart Texas, Smith says the bank hasn’t been robbed at gun point since, and if anything, could now be the best promoted banking operation in the Lone Star State. 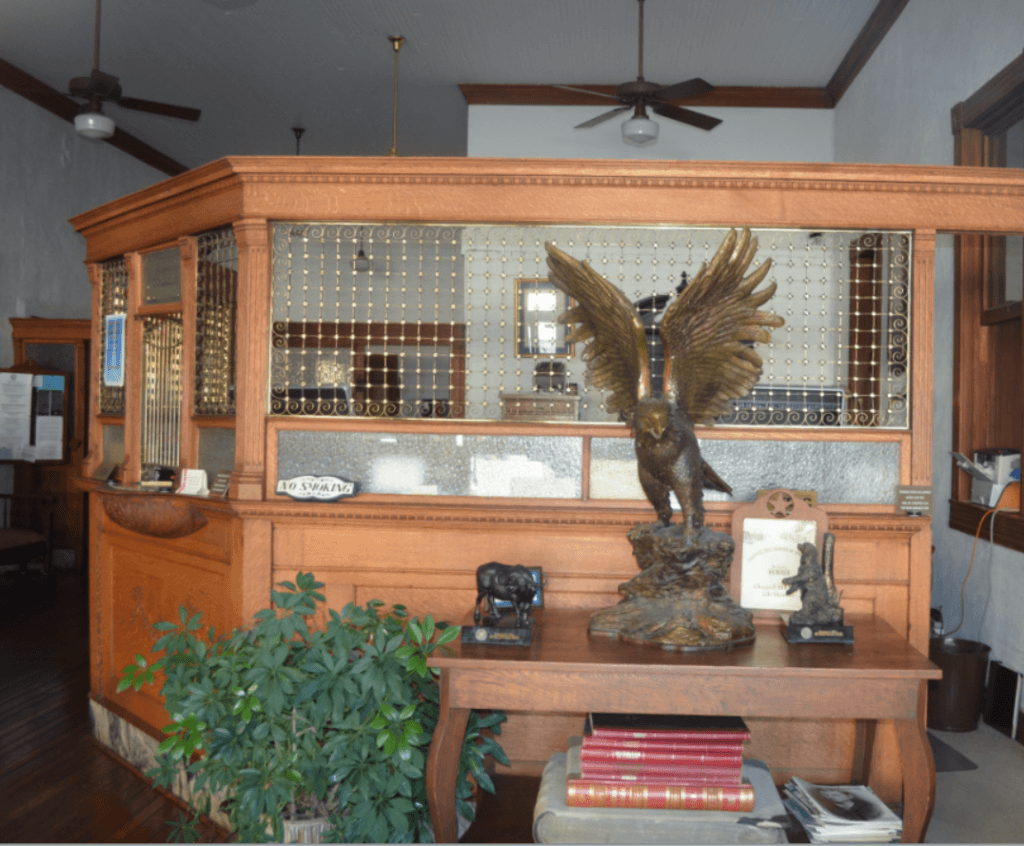 “The sign alone has brought in customers from thirteen more states and three foreign countries who like the way we do business, and our attitude towards the Second Amendment,” Smith proudly stated.

Chappell Hill is a small, and we mean small town astride Highway 290, the main road from Houston to Austin. It is just a few miles from both Brenham and the legendary Washington-On-The-Brazos, where Texas was founded in 1836. Around 300 people live in the unincorporated city, another thousand within the zip code. At one time, because of the cotton industry in the antebellum years, it was one of the larger cities in Texas, with a population around 3,000. 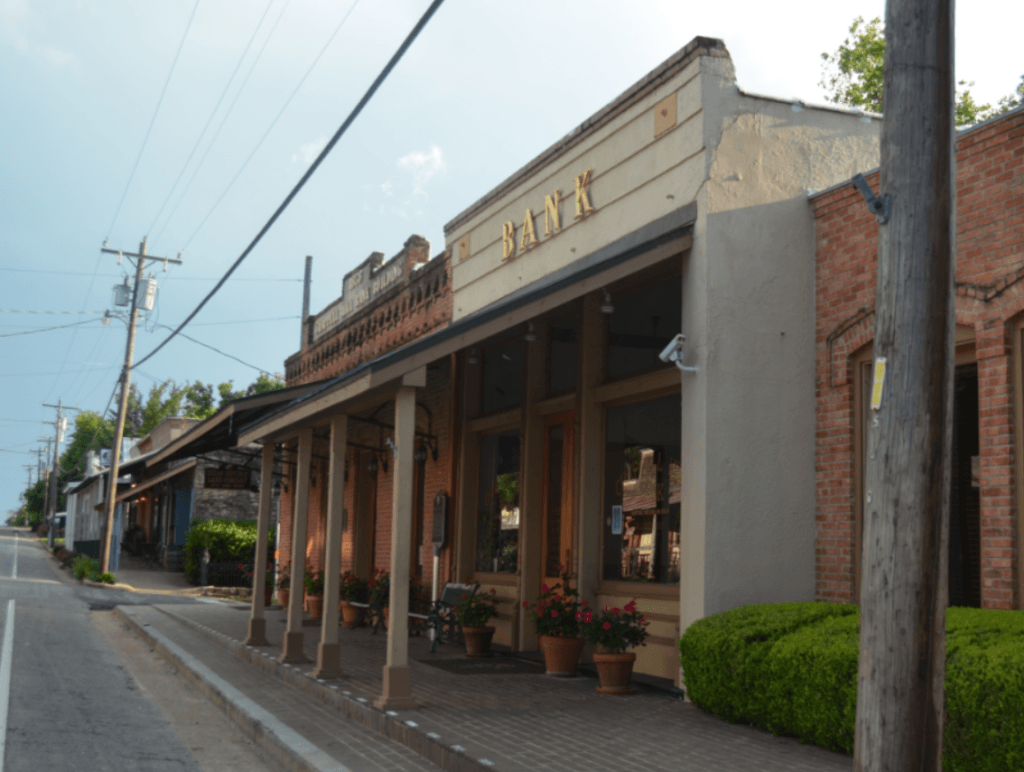 Breitbart Texas checked with Smith to gauge his reaction to the “Open Carry Bill” that has now passed in both chambers of the Texas Legislature. His response may surprise you. “I’m not really for it” he told us, “The concealed carry brought on a certain mystery to who was armed or not armed. I think between the CHL and cell phones people are better armed and able to defend themselves than ever before.”

Smith says that he’s concerned that some people may take the open carry aspect a bit far. “I fear that anti-gun folks are just waiting to pounce…say there’s an incident where a ‘loose cannon’ commits a crime or over-reacts to a crime and innocent people are hurt. Those anti-gun folks will use it against the law abiding, licensed people to limit their rights.”

Mr. Smith says that his sign has authorized copies of his sign for several other banks in Texas, and one is looking to expand into Houston with that same sign on the door. Smith has been President of Chappell Hill Bank for 30 years, and he maintains that simple piece of signage was one of the best things he ever did. 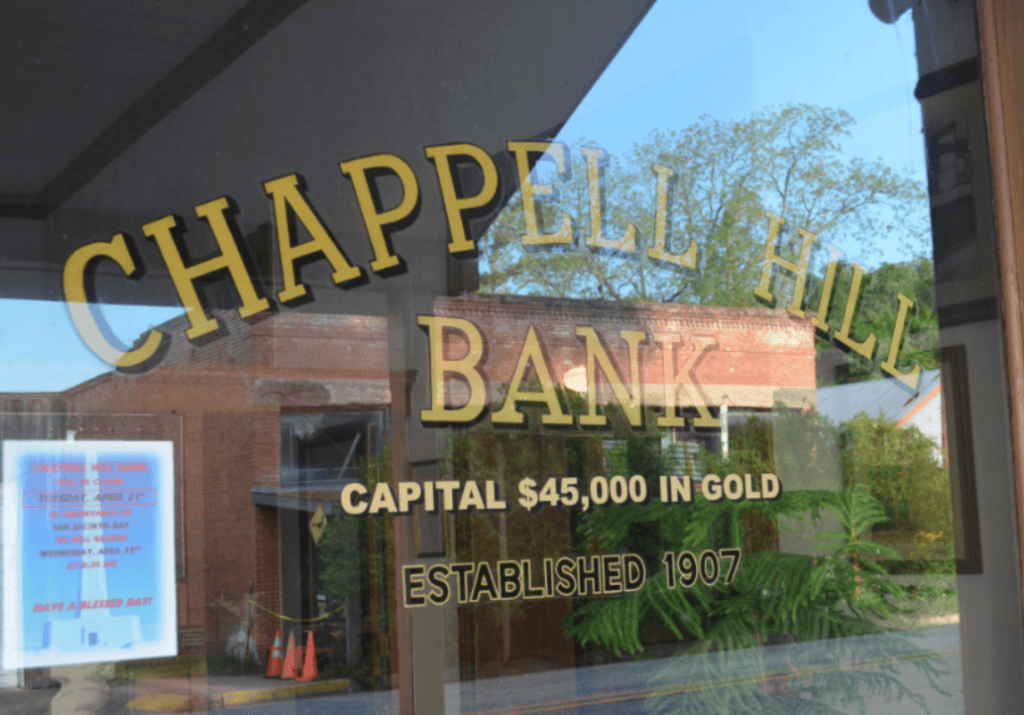 And when asked about the sign in the window listing “Capital — $45,000 in gold” Smith sighed, and said that at current prices, it could be about 2.7 million dollars. And he justly takes pride as he says, “This is the only bank in the United States that didn’t close for the Roosevelt Bank holiday, and our customers’ like that just fine.”