WALLER COUNTY, Texas — University Drive at Prairie View A&M University has been renamed “Sandra Bland Parkway.” The Prairie View City Council named the street after the woman who was arrested on that street and later died in a Waller County, Texas, jail.

Bland was found dead in her jail cell three days after her arrest by a Texas Department of Public Safety (DPS) trooper for allegedly resisting arrest and disobeying a lawful order. The state trooper’s brandishing of a Taser and telling the black woman “I’ll light you up,” has been the focus of national attention. An autopsy report ruled her death was from suicide.

Law enforcement officers confirmed with Breitbart Texas that approximately 200 people were at the city council meeting on Tuesday evening. Some were students from the university who marched from the campus to City Hall, about a five-mile hike.

Supporters had taken to the streets of Prairie View A&M University prior to the start of the city council meeting.

Family and supporters were cheering before the meeting began, chanting the street should be named after “Sandra Bland!”

A supporter after the vote tweeted, “Every time a cop in Waller Co stops someone on that road and they have to write #SandraBland prkway on ticket I hope they remember why!”

Every time a cop in Waller Co stops someone on that road and they have to write #SandraBland prkway on ticket I hope they remember why!

Ellis wrote Prairie View Mayor Frank Jackson and city council members a letter and said he supported this vote because “These actions serve as an important first step in recognizing the unjust and tragic loss of Sandra Bland, and in the healing process for her family and the community at large.”

The Texas state senator said he “strongly encourage[d] [them] to look at the problems in our broken justice system that played a major role in her tragic passing, and decide to move forward by implementing and supporting the reforms listed below to help create a more equitable and effective justice system for all people and prevent the needless destruction of more lives.” He enumerated several suggestions for reform.

Senator Ellis told the mayor and the Prairie View city council members, “It’s time for Texas to conduct a honest examination of the effectiveness of our justice practices and the equality of their enforcement. We can then determine why such racial disparities exist at each stage of our justice system and implement reforms to remedy them.”

After the vote, Sandra Bland’s mother and the attorney for the family thanked the city council and the mayor for “doing the right thing.” 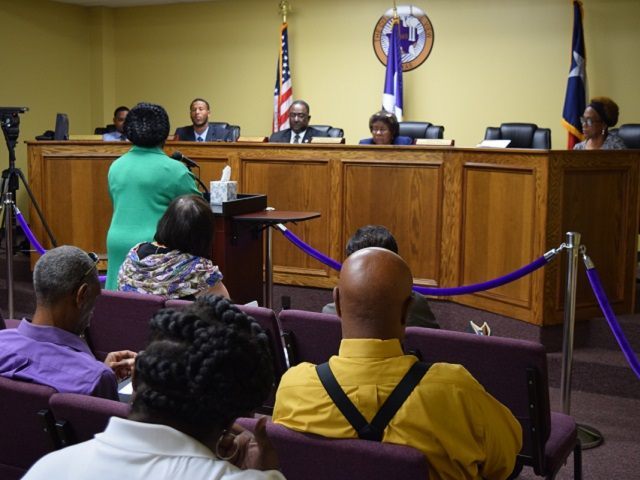 Congresswoman Sheila Jackson Lee (D-Houston) also addressed the city council, arriving well after the vote because of travel delays. She thanked them for their “brave statement.” Breitbart Texas observed the council meeting and the Mayor thanking the Congresswoman for making the trip to their city.

The Bland family challenged Chicago Mayor Rahm Emanuel to name a street after Sandra Bland. They thanked the city council for doing what her own city would not do. They also mentioned the federal lawsuit they filed, and that they were hopeful for a federal investigation.

Congresswoman Jackson Lee told the family she would continue, as the ranking member of the House Judiciary Committee, to push for the Department of Justice (DOJ) to intervene in the investigation into Bland’s arrest and subsequent death.

The family discounted many of the rumors they said were rampant on the internet. “We only want the truth,” Bland’s mother said.

The street name change in Prairie View will stay in effect for several years until the city is able to create a Sandra Bland memorial. 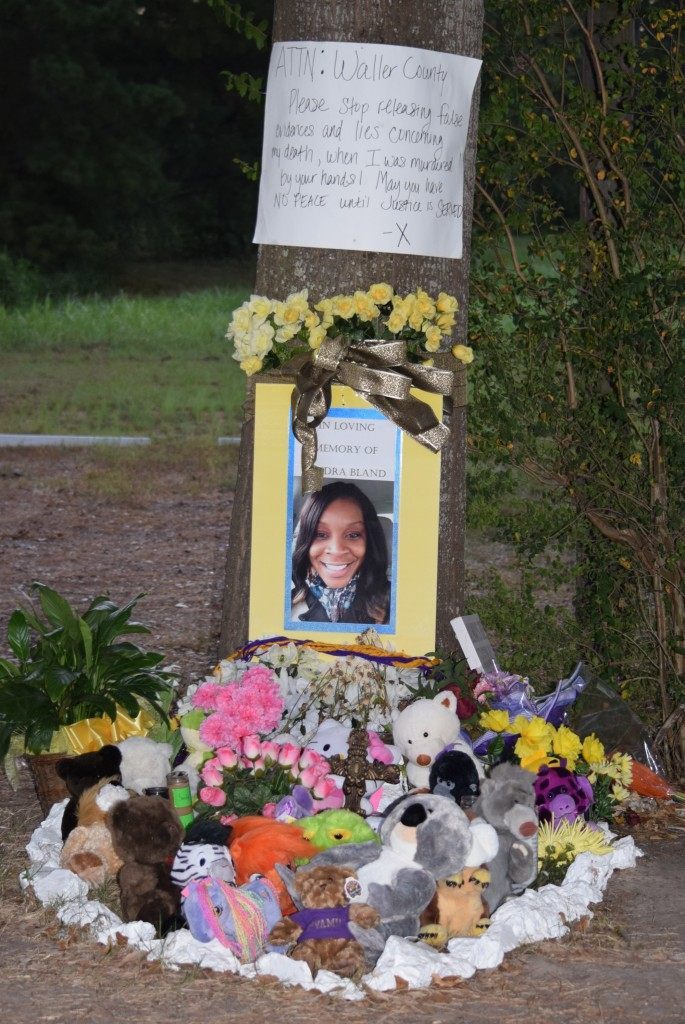 As reported by Breitbart Texas, hearings at the Texas state capitol have commenced to question law enforcement and jail officials about jail standards in the state. Lawmakers are looking into procedures for dealing with potentially mentally ill people in county jails, and about  the interaction between the general public and peace officers in the state. Texas Senator John Whitmire said he had “zero tolerance for suicides” in Texas county jails.

Breitbart Texas has been at the Waller County jail when a rally has turned violent (article with video), and when Black Panthers bearing shotguns, hunting rifles, and AR-15 style assault rifles have protested and shouted “Off the Pigs” (also with video).

Breitbart Texas was also at the Waller County jail on the #DayOfRage threatened by the group Anonymous, when a protester told reporters and others present that all white people should be killed. The protester called white people and reporters “terrorists” and issued orders “to go back into the cave where you came from.” A YouTube video message purportedly by the group Anonymous had issued a warning for U.S. police chiefs, Waller County police, and in particular, the Waller County Sheriff’s Department as a result of the Sandra Bland incident.

Lana Shadwick is a contributing writer and legal analyst for Breitbart Texas. She has served the state as a prosecutor and an associate judge. Follow her on Twitter @LanaShadwick2.