A Texas Child Protective Services (CPS) worker has been found guilty of official oppression. The CPS worker, Rebekah Ross Thonginh, is one of three individuals who were charged in connection with a CPS investigation of a case involving a special needs teenager who was murdered in 2012.

Thonginh, Natalie Ausbie Reynolds, and Laura Ard were arrested in September of 2013 and were charged with official oppression and tampering with evidence.

The women were employed with the agency and held the positions of supervisor, caseworker, and investigator. Ard was the Investigative Program Director in the CPS office in Greenville, Texas. She was hired in 1992 and retired just months before she was arrested. Natalie Reynolds, was hired in 2002 and worked as an investigative supervisor.

Criminal charges against CPS employees related to their actions in child protective services cases are rare.

The Herald Banner reported that a bench trial in Thonginh’s case concluded Thursday afternoon in the 354th District Court in Hunt County in Greenville. The presiding judge is Richard A. Beacom (R).

Greenville is located in northern Texas, 45 miles northeast of Dallas. It has a population of about 25,500 people.

Thonginh’s criminal case had originally been set for a jury trial in late February. The trials against Ard and Reynolds are set to proceed next month. Ard is from Rockwall, and Reynolds is from Fate, Texas.

The local newspaper reported that the indictments alleged that all three women acted together to use a false document against the mother of the child being investigated.

The Herald Banner reported that the tampering with physical evidence indictments alleged that all three defendants acted together on our about Nov. 6, 2012 “to use a record and/or document to wit: the risk assessment involving Aretha Moore … with knowledge of its falsity and with intent to affect the course or outcome of the investigation.”

A referral was made to Child Protective Services but details are private under Texas law. The teenager was not in foster care.

Sixteen-year-old Alicia Chanta Moore was murdered in November 2012. Her nude body was found in a wicker basket trunk near the highway in Canton in Van Zandt County, Texas.

The charges against the CPS workers are unrelated to the murder case. 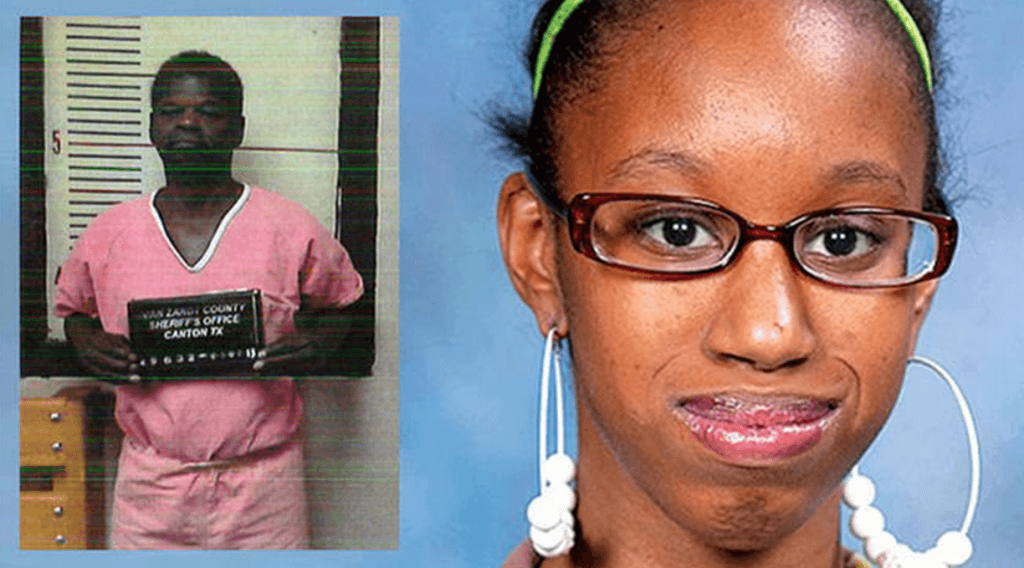 The teenage girl was last seen getting off a school bus in Greenville. School bus cameras recorded her getting on the bus at the high school and exiting the bus in Greenville. News sources reported that the Greenville Independent School District attempted to trace her iPad issued from the school but that it had been reset and its tracking disabled.

The girl’s great uncle, 57-year-old Michael Vincent Moore from Grand Prairie, was indicted in July 2013 for capital murder for her death.  The Dallas Morning News reported that DNA evidence implicated him in the crime. He was convicted in May 2015 of capital murder in connection with the teenager’s death, as reported by the Herald Banner. He was given a life sentence in prison without parole. Prosecutors did not seek the death penalty.

A news outlet reported February 9th that the family of the murdered girl was angry that prosecutors were not moving forward with the tampering with evidence charge.

The prosecution proceeded against Thonginh with only one count of official oppression, a Class A misdemeanor. The crime was alleged to occur on or about December 16, 2011.

Official oppression occurs where a public servant acts pursuant to his office or employment and:

Thonginh was found guilty of one count of official oppression and was sentenced to one year in county jail, with the sentence probated for two years, as reported by the Herald-Beacon. She was also fined $2,000 and is to serve 30 days in the Hunt County jail starting no earlier than October 8th. She must also complete community service.