According to Yahoo! News, Guzmán’s attorney José Refugio Rodríguez told Spanish-language news outlet Univision that in order for Guzmán to “renounce [his] right to a defense in Mexico,” he would ask for the following: that he not be “held in a maximum-security prison where he would not have contact with other inmates or where he would not see the light of the sun for more than an hour a day.”

Rodríguez said that the jailed Sinaloa cartel chief “is willing to accept his culpability for the charges [that] the United States seeks. [We would ask for] favorable conditions in order to face legal proceedings in the United States … Like? That he doesn’t arrive at a maximum-security prison … and [that he gets there] after the penalty is negotiated,” Rodríguez told Univision.

Although Rodriguez didn’t specify any particular maximum security prison Guzmán wanted to avoid, the general assumption is that he’s referring to ADX Florence in Colorado, also known as Supermax. Breitbart Texas reported in January 2016 that once extradited to the U.S., El Chapo will likely follow in the footsteps of many other Mexican kingpins before him—a plea deal to reduce his sentence, then 15-25 years in Supermax in Florence, Colorado. The prison is located in a remote part of Colorado 90 miles from Denver, and is home to male inmates in the federal prison system who are deemed the most dangerous and in need of the tightest control. 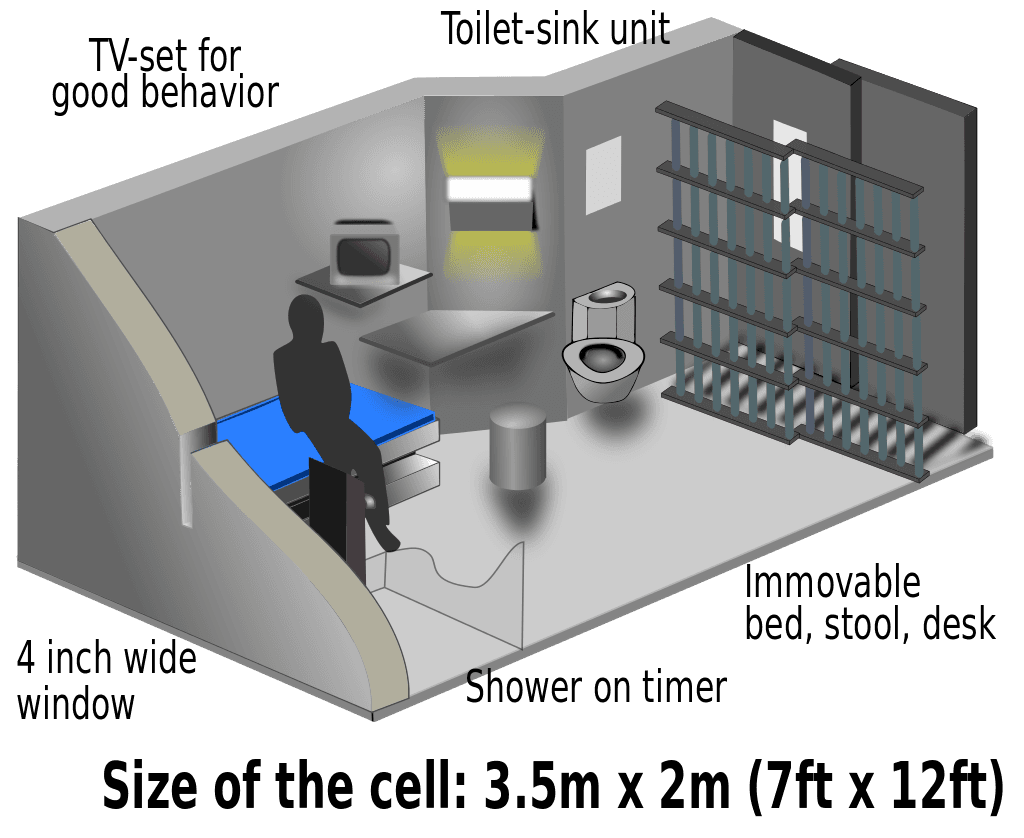 It is easy to see why Guzmán doesn’t want to be housed there for two decades. According to Fox News, cells in the prison range from 77 to 87 square feet in size—smaller than a child’s bedroom. Crammed into that tiny space are a bed, shower, sink, toilet, metal mirror, and television/radio. All outgoing and incoming mail as well as telephone calls are monitored, and immediate family members, attorneys and boyfriends or girlfriends of the inmates may visit inmates.

The process for getting Guzmán out of Mexico and into a U.S. courtroom will likely be lengthy. Guzmán’s lawyers have many tools at their disposal to fight the extradition request, and could also still make a deal with the Mexican government—which is very interested in preventing the exposure of corrupt high-level government officials. Rodríguez; however, admitted that the possibility of negotiations with the U.S. had not been addressed with any U.S. official or agency.