A Virginia State Police trooper has died from his wounds received in a shooting at a Greyhound Bus Terminal in Richmond. Troopers were reported to be participating in a training exercise at the bus terminal when the gunman walked up pulled a weapon and opened fire on police.

Around 2:45 p.m. EDT, a gunman walked up to a state police trooper and pulled out a gun. The gunman then shot the trooper. He received life-threatening wounds and was transported to the hospital where he later died. He has been identified at Trooper Chad Dermyer. He was serving in his second year in the Virginia State Police, the New York Daily News reported. 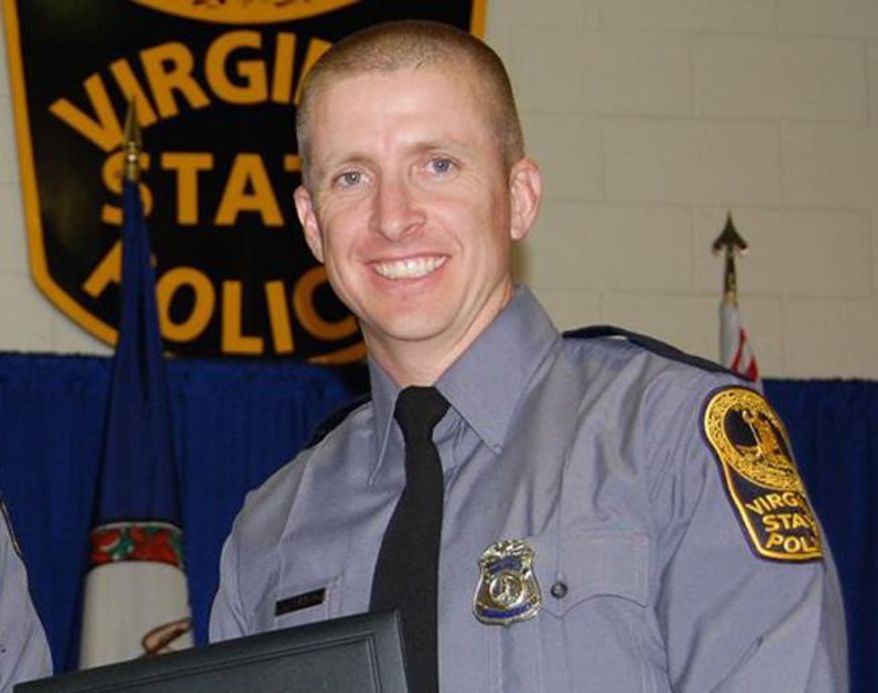 Two other people were shot and wounded in the attack. They received non life-threatening injuries and are expected to recover, State Police Superintendent Steven Flaherty confirmed to WTVR-CBS6.

Two other troopers who were nearby returned fire striking the suspect. The suspect died at VCU Medical Center.

State Police officials have not confirmed, but WTVR is reporting that the troopers were on the scene conducting a drug interdiction training exercise when the gunman attacked. The gunman’s identity has not yet been released.

Flaherty told the Washington Times that the Dermyer had a brief encounter with the gunman before the shooting began. He said it lasted about 30 seconds before he pulled his gun and shot Dermyer in the chest.

One witness told WTVR that he heard at least 5-10 shots fired during the shootout.

Geller told reporters that Trooper Dermyer was talking with the suspect when the man suddenly pulled out a gun and shot him at point-blank range.

One of the women who was shot is a member of the Binghamton University track team. A local TV station reported she was on her way to a track meet at the College of William and Mary.

“Our public safety team and I will continue to monitor the situation and support State Police and local authorities in their response and investigation of this incident,” Virginia Governor Terry McAuliffe Breitbart News reported earlier on Thursday.

Richmond Mayor Dwight Clinton Jones told reporters “We are all heartbroken by this occurrence and our prayers go out to all those that have been affected by this incident.”

The other police officer from Virginia who was shot and killed was Officer Ashley Marie Guindon. She was with the Prince William County Police Department and was killed just one day after being sworn in as a rookie police officer, according to a Breitbart Texas report.

Trooper Dermyer leaves behind a grieving widow, a son, and a daughter, the Washington Times reported.

A Colorado Congressman filed a bill this week that would make killing a police officer, because he or she is a police officer, a hate crime, Breitbart Texas’ Lana Shadwick reported. The measure, authored by Ken Buck is entitled the “Blue Lives Matter Act of 2016.”

“I’ve been in law enforcement for 25 years before I started in this job,” Buck told The Greeley Tribune. “I’ve seen over and over both police officers on the street and federal agents, jail deputies and bureau of prison officials being threatened by very dangerous people. I have a passion for trying to protect those who protect us. That’s what this bill is about.”

Buck told the publication that if the bill is passed, it would give federal prosecutors more ammunition against those who target a police officer just for what they do for a living, Shadwick reported. He used the December 2014 ambush and execution of two New York police officers as an example.