HOUSTON, Texas — A Texas sheriff and a justice of the peace, along with other officials, were out with first responders to help rescue seniors and other flood victims hit by massive flooding in the Houston area.

Harris County Sheriff Ron Hickman cancelled all of his meetings to personally go out and assess the flood damage along the Cypress Creek area in northwest Houston. The sheriff went out with the Marine Division of the Harris County Sheriff’s Office to rescue those caught in the flooding. 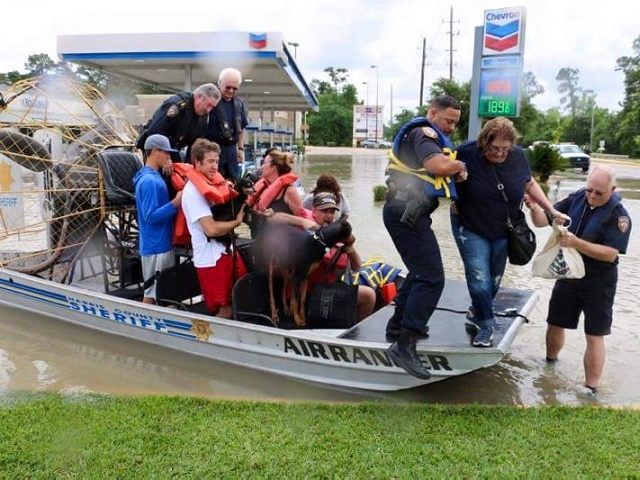 Aerial photos show the tremendous losses suffered by those in the Cypress Creek district. 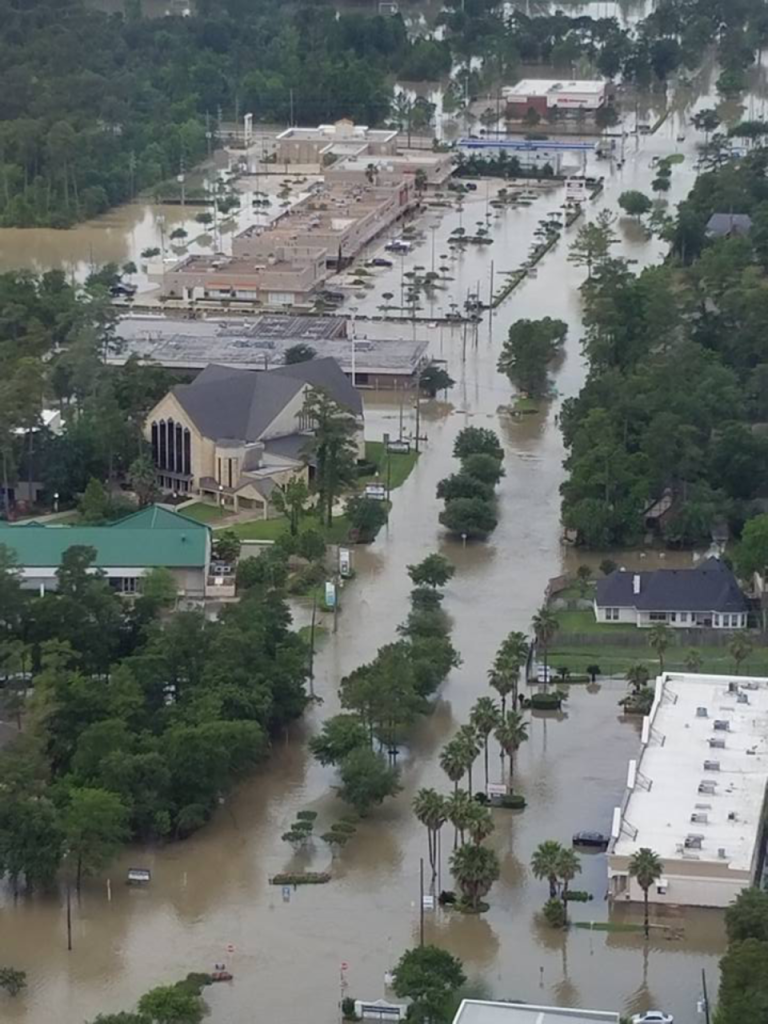 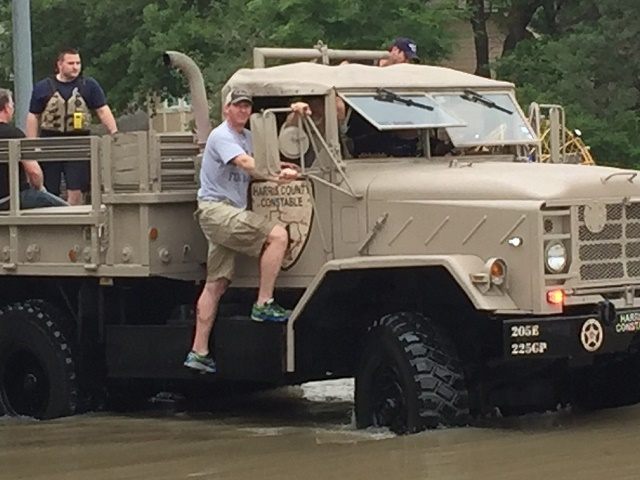 Judge Goodwin who is 6’6″ tall says water came up to his neck in some places around the Cypress Creek area. The area has a number of senior assisted living and retirement homes. He helped evacuate residents of the Atria Senior Living home.

The judge took video of the areas around the courthouse. He was in a Precinct Four rescue vehicle when he filmed the flooding.

Breitbart Texas spoke to Judge Goodwin who said that Harris County Precinct Four dispatchers arrived on Sunday and had been there through Tuesday afternoon without a break. He said neighbors also chipped in to help. Two women pulled a boat with a rope in order to get an elderly woman to a CVS pharmacy for her medication.

Goodwin told Breitbart Texas the area was “an absolute river and could have been much, much, worse.”

The JP said that many are to be commended for their dedication in helping those affected by the flood. Judge Goodwin said that Precinct Four Constable Mark Herman and his employees, and the Klein Volunteer Fire Department, were also out helping those in the area. Commissioner Jack Cagle was also out making sure constituents were receiving the help they needed.

Seniors were taken to a staging area by the courthouse. They were then driven to a Loew’s store parking lot where they were picked up by family. Goodwin saw one senior being taken in a wheelchair in the back of a pickup truck.

The tall jurist and triathlete said he helped a deputy constable who was almost taken down when he was wadding through the floodwaters. The judge helped get him to higher ground. There was a strong current where the land sloped to a particular area.

There have been more than eight deaths reported in the Harris County/Houston and surrounding areas, as reported by Breitbart Texas. The area has been hit with up to 17 inches of rain. More rain is predicted through Thursday and the National Weather Service has issued a flash flood watch for a portion of southeast Texas, including Austin, Brazoria, Chambers, Colorado, Fort Bend, Galveston, Harris, Liberty, Montgomery, Polk, San Jacinto, Waller, Washington, and Wharton counties. It continues through 7 p.m. Wednesday evening.