HOUSTON, Texas — Lawyers for the indicted Planned Parenthood undercover video journalists were in court in Harris County Friday and they are infuriated that justice is being delayed. Lawyers for David Daleiden filed motions to quash his indictments two weeks ago and they still have not been heard. Pretrial diversion deals were rejected weeks ago.

Jared Woodfill, one of the lawyers for Daleiden told Breitbart Texas, “Justice delayed is justice denied. This political vendetta against my client needs to be over, and it needs to be over now.” He added, “As the motions [to quash] detail, and as I said two weeks ago, we have filed these motions in order to vindicate my client.” He added, “We have already shown that the D.A.’s office has been colluding with Planned Parenthood and this needs to stop.” 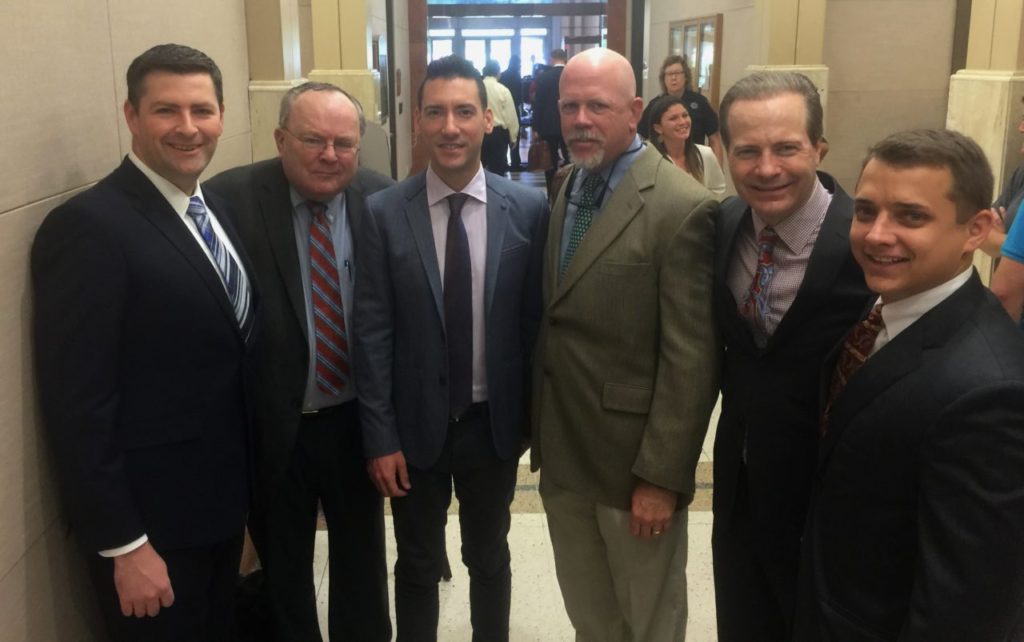 Although lawyers were in Harris County court on Friday, and their motions to quash the indictments were filed weeks ago, the case was delayed. The court appearance ended up being more of a status hearing the lawyers said. They were told to come back to court at the end of May.

As reported by Breitbart Texas on April 14th, lawyers for Daleiden filed motions to quash his indictments in both the misdemeanor and felony cases. The article discusses in detail the legal arguments made, and attaches one of the motions and the exhibits filed with the motion. The motion in the misdemeanor court case makes substantially the same legal arguments as those in the felony case. Prosecutors have not filed a written response at this time but will be doing so per Judge Brock Thomas’ request.

Lawyer and legislator Peter Breen told Breitbart Texas he was looking forward to how prosecutors were going to resolve the issue and was “looking forward to seeing what their answer is.” He continued, “I don’t know how they are going to rebut the arguments, including factual statements about how they have been colluding with Planned Parenthood. The truth will be established.”

Breen told Breitbart Texas that “The people of Harris County need to know what happened between prosecutors and Planned Parenthood, and how an investigation into Planned Parenthood ended up with an indictment [against Daleiden and Merritt].” Breen left a lucrative private law practice in Chicago to enter full-time public service. He serves as an Illinois state representative and is a lawyer for the Thomas More Society.

Breitbart Texas reported in early February that Harris County District Attorney Devon Anderson was at a political event where she told Republicans that she had offered the undercover journalists a plea deal. Peter Breen, one of the lawyers for Daleiden told Breitbart Texas at the time that what his client expected was an apology.

Woodfill, who is also the former Harris County Republican Party Chairman explained, “The lawyer for Planned Parenthood worked with the D.A. to indict, and he knew that the grand jury never voted on whether to indict Planned Parenthood Gulf Coast in Houston, something that is supposed to be confidential.”

Woodfill and Daleiden’s other lawyer, Terry Yates, said Josh Schaffer, the Planned Parenthood lawyer, has been very outspoken about these issues with the press and have called it “A public-speaking tour.”

As reported by Breitbart Texas, State public officials in Texas, including Governor Greg Abbott, Lt. Gov. Dan Patrick, and Attorney General Ken Paxton, are engaging in investigations, or have called for investigations, into Planned Parenthood Gulf Coast. The Lt. Gov. had specifically called upon Harris County D.A. Devon Anderson to conduct an investigation.

The indictments of David Daleiden and Sandra (Susan) Merritt by a Harris County grand jury surprised pro-life advocates who were expecting that an investigation of Planned Parenthood Gulf Coast would result in criminal action against Planned Parenthood executives for selling baby body parts, as reported by Breitbart Texas.

Planned Parenthood Gulf Coast is a mega-abortion facility located in Houston, Texas, and was one of the facilities stung by the undercover videos produced by Daleiden and Merritt, as reported by Breitbart News.  The video released by the Center for Medical Progress taken undercover at Planned Parenthood Gulf Coast shows the research director discussing the sale of baby body parts from aborted babies.

Both Daleiden and Merritt are well-known for the series of undercover videos with Planned Parenthood executives and employees. Daleiden is the president and founder of the Center for Medical Progress (CMP).

The substance of the felony and misdemeanor charges have been reported in detail by Breitbart Texas.