Mexican Sinaloa Cartel smugglers failed in their efforts to move a large shipment of cocaine from Ecuador into Mexico. The shipment was hidden in 217 drums that were supposed to have been filed with the popular condiment known as Salsa.

The seizure recent seizure took place in the Port of Manzanillo, Colima, when members of the Mexican Navy along with members of Mexico’s Customs Police inspected the large shipping container that had the 217 drums. The drums had come from Guayaquil, Ecuador.

According to information provided by the Mexican Navy, information gathered from intelligence operations led authorities to take a closer look at the shipping container. After scanning equipment pointed to a possible anomaly inside of the drums, authorities then carried out a manual inspection. 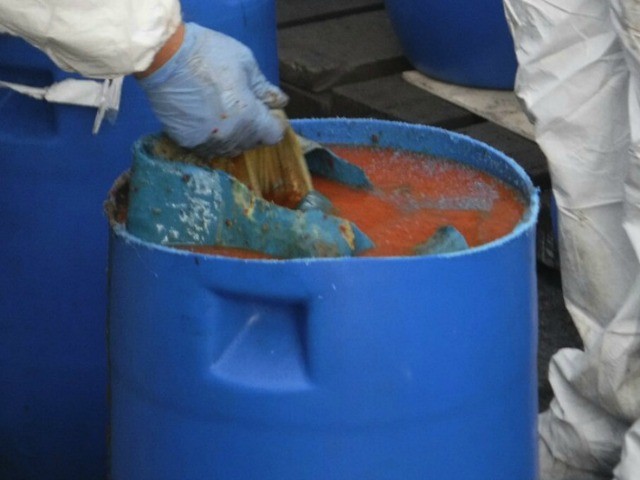 Inside the drums, authorities not only found gallons of Salsa, they also found packages of cocaine that had been submerged in the cocaine in an effort to hide them. Authorities have not publicly identified the cartel responsible for the shipment, but law enforcement sources have confirmed to Breitbart Texas that the Sinaloa Cartel is behind it. 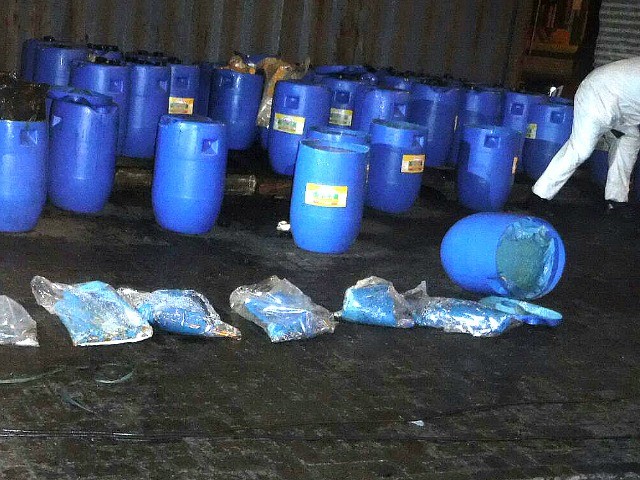 The final destination of the shipment was the Mexican port city of Mazatlan, Sinaloa, an area under the control of the Sinaloa Cartel. As Breitbart Texas has reported in the past, the Sinaloa Cartel is considered the most powerful criminal organization in Mexico. Under the leadership of Joaquin “El Chapo” Guzman, the cartel revolutionized the various methods used to smuggle drugs and launder money. Currently Guzman remains in a Mexican federal prison in Ciudad Juarez, Chihuahua, where he is fighting attempts by the U.S. Department of Justice to extradite him.

Editor’s Note: Breitbart Texas traveled to the Mexican States of Tamaulipas, Coahuila and Nuevo León to recruit citizen journalists willing to risk their lives and expose the cartels silencing their communities.  The writers would face certain death at the hands of the various cartels that operate in those areas including the Gulf Cartel and Los Zetas if a pseudonym were not used. Breitbart Texas’ Cartel Chronicles are published in both English and in their original Spanish. This article was written by “Tony Aranda” from Monterrey, Nuevo Leon.