The beauty queen praised by Democratic Presidential Candidate Hillary Clinton during this week’s debate appears to have birthed a love child with one of Mexico’s most dangerous drug lords.

“Donald she has a name, her name is Alicia Machado,” Clinton said during one of the heated exchanges. Clinton used Machado, a former Miss Universe winner, in an effort to paint Trump as a sexist claiming he had shamed her weight gain. Clinton said Machado, who was born in Venezuela has since become a U.S. citizen and is planning on voting in the November election.

What Clinton and apparently the U.S. Citizenship and Immigration Service appear to have missed is that numerous news reports in Mexico point to Machado having had a lovechild with a top lieutenant of the Beltran Leyva Drug Cartel. 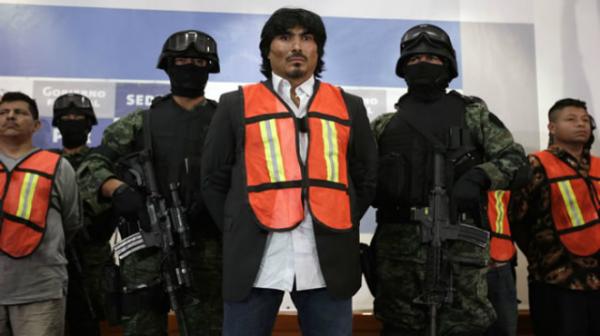 According to various Mexican news articles, Machado had a love affair with Jose Gerardo “El Indio” Alvarez, a currently jailed capo who is believed to have fathered the beauty queen’s daughter.

News about the love affair set off a scandal in Mexico in April 2010 when authorities captured Alvarez. At the time, multiple major news outlets in Mexico quoted court records, witness testimonies and sources within Mexico’s law enforcement to assert that Machado’s daughter was fathered by the fearsome capo.

Machado has denied the allegations that she had a daughter with El Indio and has claimed that the father is a Mexican businessman by the name of Rafael Hernandez. This year, Machado claimed that the Mexican government was going to release an official document clearing her name and legally proving that her daughter was not El Indio’s. So far the Mexican government has not released any documents.