A previously deported illegal alien accused of a hit-and-run accident that left a renowned, pediatric cancer doctor dead is in a Phoenix jail after surrendering at the U.S. border. The man returned from Mexico after allegedly fleeing the scene on foot in 2015.

Ruben Santiago-Lopez, 26, is currently being held in the Maricopa County jail in Phoenix on an immigration detainer after having been previously deported on multiple occasions. He has also been charged in the death of Dr. Robert Arceci, a renowned cancer research doctor following a hit-and-run accident, AZCentral reported on Wednesday. Santiago-Lopez allegedly ran off on foot after a landscaping truck and trailer he was reportedly driving pulled in front of Dr. Arceci’s motorcycle causing the crash on June 8, 2015. Dr. Arceci died at the scene from his injuries. 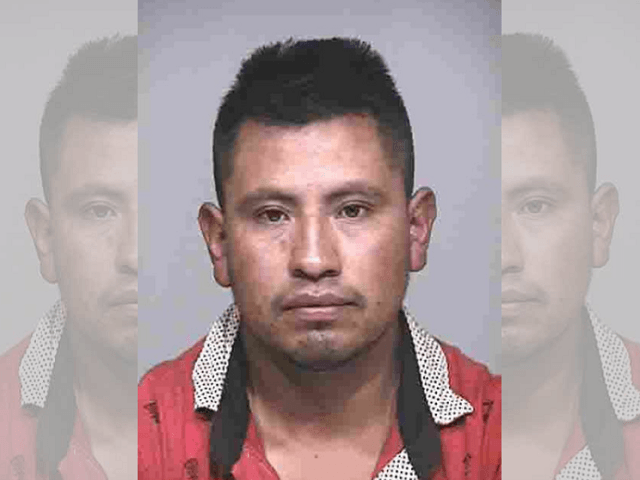 Breitbart Texas learned from Scottsdale Police Department Sergeant Ben Hoster that Santiago-Lopez is an illegal alien Mexican national who has a criminal history and has been deported multiple times.

Police have been working with Santiago-Lopez’s family and Mexican authorities to get him to return to the United States after he allegedly fled to avoid prosecution. Santiago-Lopez turned himself in to U.S. Customs and Border Protection officers at the Nogales Port of Entry, Scottsdale police told the local news outlet.

“Bob was known around the world as a brilliant cancer researcher and a skilled and compassionate pediatric oncologist. We will miss him. But the loss is felt most deeply by his dear family. We extend our heartfelt condolences to Bob’s wife Jean, who is also a member of the Phoenix Children’s family, his two sons, and his extended family and network of friends and colleagues,” Phoenix Children’s Hospital President and CEO Robert L. Meyer told Medscape. The medical news organization called Arceci a “renowned scholar, researcher, and clinician.”

A physician/scientist, Dr Arceci concentrated his work on basic and translational research in pediatric hematology and oncology.

He was particularly involved in the development of novel therapeutic targets and immunotherapies to improve outcomes while reducing adverse side effects in patients with cancer. “A large part of his focus was to bring together teams of multidisciplinary groups of investigators to develop scientifically robust and interactive environments for molecularly based, individualized treatment,” according to his biography on the Phoenix Children’s Hospital website

Since his return to the U.S. on Monday, Santiago-Lopez has been turned over to the Maricopa County Sheriff’s Office where he faces charges of failing to remain at the scene of a fatal collision and causing death by use of a vehicle.

Officials with the Maricopa County jail confirmed to Breitbart Texas on Thursday that an immigration detainer was placed on Santiago-Lopez by Immigration and Customs Enforcement’s Enforcement Removal Operations. In addition, he is being held on a $500,000 bond.

Editor’s Note: This article has been updated with additional information provided to Breitbart Texas by the Scottsdale Police Department