Conservatives, gun store owners, and Second Amendment activists are receiving “Christmas Cards” from anti-gun advocates that include graphic photos of victims who have received gunshots to the face.

The Christmas card includes the Bible verse, “The Lord tests the righteous and the wicked. And the one who loves violence His soul hates.” 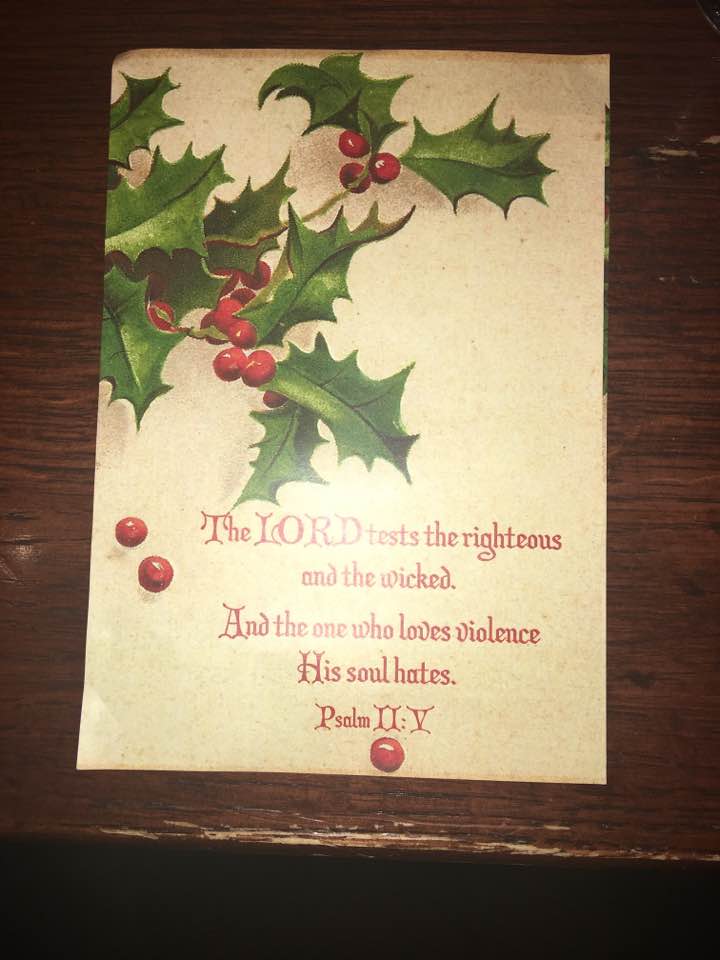 The card also bears the inscription:

The NRA gives the gift of nonfatal gunshot wounds like these to 100,000 Americans per year. Your continued support of ‘guns everywhere’ legislation is directly responsible for this health epidemic. In your heart, do you honestly believe this is what Jesus wants? Shame on you for dishonoring Jesus Christ with your support of gun-pushing legislation. 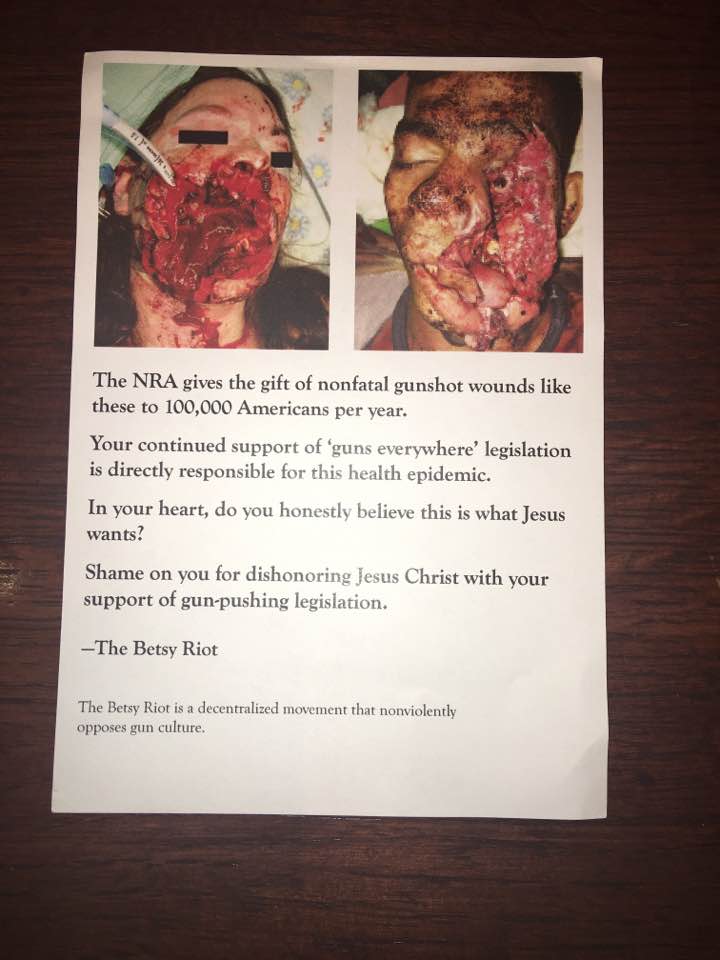 The Christmas card is signed from “The Betsy Riot” which describes itself on the card as “a decentralized movement that nonviolently opposes gun culture.”

The post on Facebook bears a graphic warning that must be clicked on before the photos can be seen.

The photos can also be found on the U.S. National Library of Medicine National Institutes of Health and the National Journal of Maxillofacial Surgery, Official Publication of Maxillofacial Society of India. These sources do not tell how both of these victims sustained their wounds. The male victim can be found under a case report for “self-inflicting gunshot injury.”

Michael Cargill, the owner of Central Texas Gun Works and a radio host of “Come and Talk It,” posted a photo of the “Christmas card” on his Facebook page. So did Texas State Representative Jonathan Stickland. Cargill is also the executive director for Texans for Accountable Government and a board member of the Log Cabin Republicans of Austin.

Texas Rep. Stickland posted on his Facebook page, “We just received this unmarked ‘Christmas Card’ to our home address. Thank God my young children did not open it first. What kind of sick liberal would send such a thing? Disgusting.”

Second Amendment activist CJ Grisham, founder of Open Carry Texas, told Breitbart Texas, “These cards being sent by the anti-gun lobby are one of a growing list of reasons why their agenda is failing and will continue to fail. This disgusting campaign using grotesque images to make a political point will only serve to further undermine their efforts and alienate supporters.”

The Open Carry Texas founder asked, “I want to know who these victims are. Are they non-CHL (concealed handgun license) holders who did not have guns to protect themselves from criminal thugs? Criminals will get themselves armed no matter what.”