Trump Supporters Kick Off Independence Day with March in Texas

Supporters for Republican President Donald Trump started Independence Day weekend with a march at the Texas Capitol – the “1776 Freedom March.” 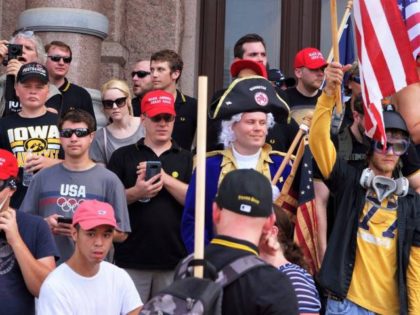 Conservatives, gun store owners, and Second Amendment activists are receiving “Christmas Cards” from anti-gun advocates that include graphic photos of victims who have received gunshots to the face. The Christmas card includes the Bible verse, “The Lord tests the righteous and the wicked. And the one who loves violence His soul hates.” 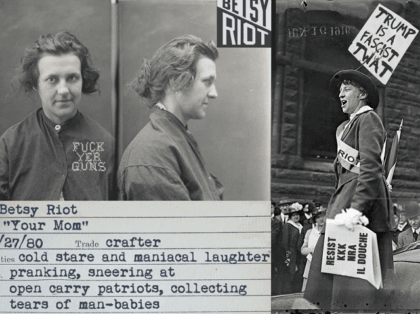 The Texas Attorney General has fired off a brief in the litigation over the right to bear arms in the Waller County Courthouse complex. AG Ken Paxton urges that “Both the law and sound public policy against the chilling of protected speech demand dismissal of Waller County’s claim. He also urges that the Waller County court is without jurisdiction to determine the issue. 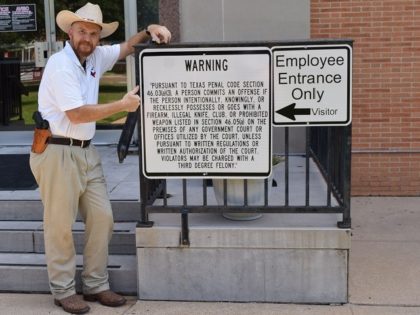 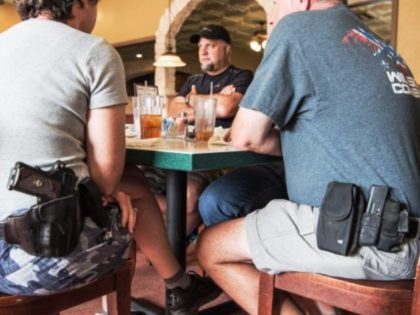 HOUSTON, Texas — A pizza restaurant owner in Houston is taking heat for telling gun owners and advocates to “f**k off.” 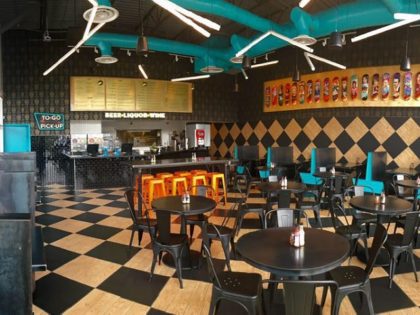 Texas Attorney General Ken Paxton has sued Waller County, Texas, over the right to bear arms in the Waller County Courthouse complex. Advocates have protested the County’s actions in preventing lawful carrying pursuant to the protection of a new state law. 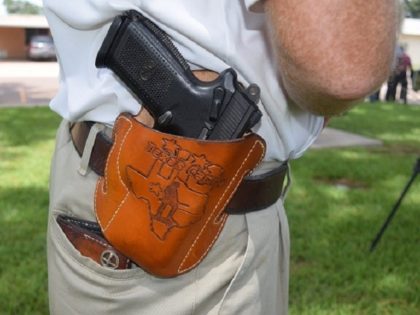 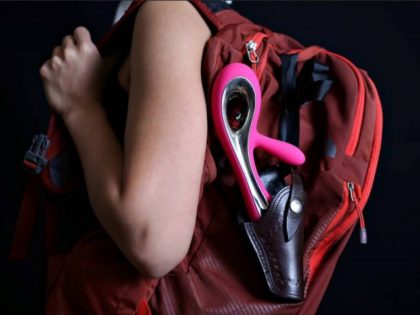 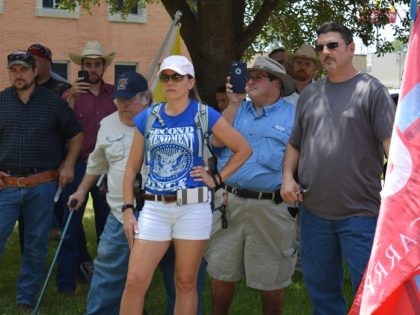 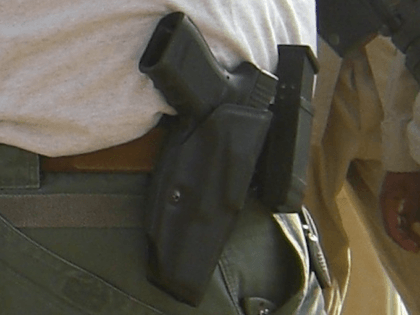 Pro-gun advocates worked throughout the 84th Texas Legislative Session to pass campus and open carry bills. The campus carry law went into effect on August 1, the anniversary of the first mass-shooting in the nation. 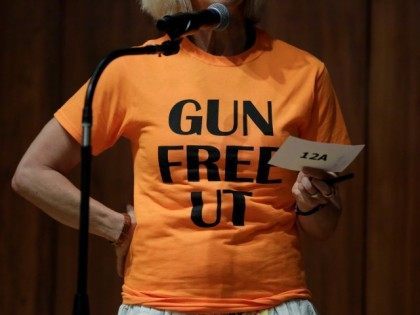 Texans are tough but they are also big-hearted souls, and those in the gun community are no exception. They have reached out to the LGBT community by offering free CHL classes and escorts to Gay Pride events in Texas. 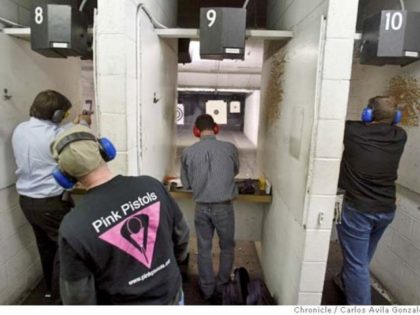 Over 1 million Texans are now licensed to carry a handgun. Harris County (Houston) leads the state with nearly 150,000 licensees. 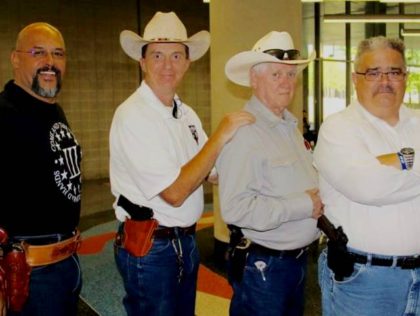 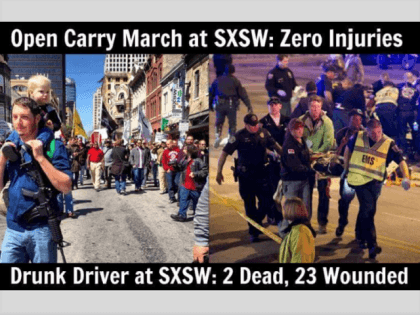 Open Carry in Effect for Texans

Texans with a “Concealed Handgun License” or the new “License to Carry” can openly carry a handgun in accordance with the new law that went into effect at midnight on Friday. Other new laws expanding protections of law abiding gun owners also went into effect. The Campus Carry law has not yet taken effect. 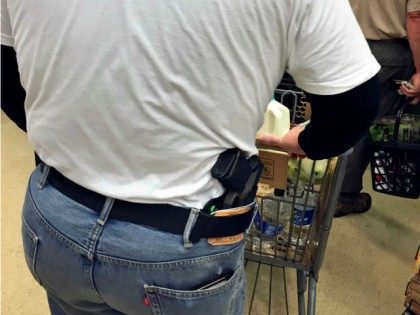 Gun rights groups have planned a mass shooting “dramatization” in Texas this Saturday. The intent is to show the danger of gun free zones. The dramatization, originally planned by The Come and Take It Austin group and their affiliated groups to 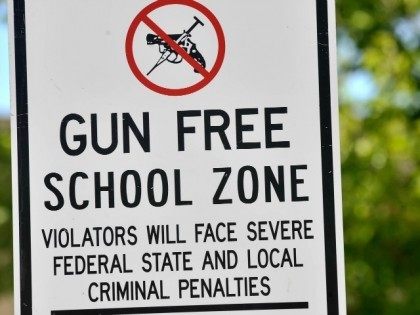 A woman testifying for Moms Demand Action has been called on the carpet for misleading the Texas Senate in that the tragic killing of her husband by her son resulted from the use of a firearm. In reality, her son killed his father with a pipe wrench and a knife. 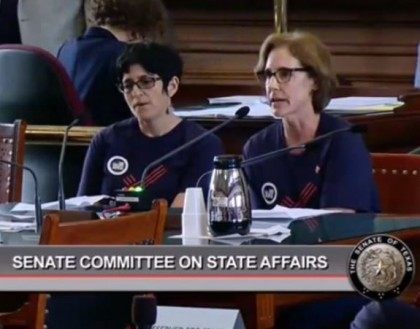 Women from Moms Demand Action, an anti-gun organization funded by Michael Bloomberg, lined up at the Texas Capitol this week to hypnotize legislators by reading from a prepared script. 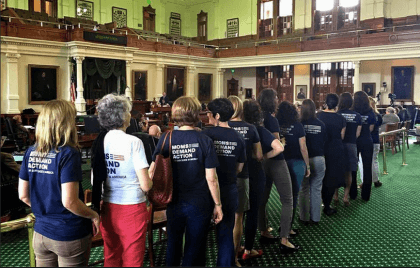 Leaders of open carry groups were confident that House Bill 910 would proceed through the Senate State Affairs committee on Monday; however, leaders of these groups vary as to their confidence of the open carry bill’s eventual passage. The leaders 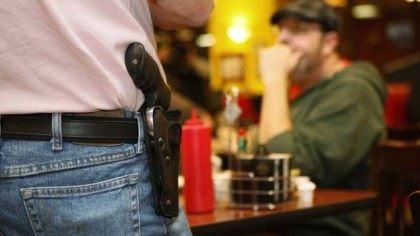 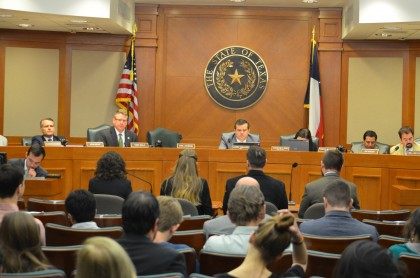 The Texas Senate is expected to a bring pro-gun open carry bill to the floor for a vote as early as Monday. The move comes after the 60-day bill filing period ended on Friday. The Texas Legislature may now vote on and pass any bills. Before the first sixty days has passed, the Legislature may only approve bills on issues designated as “emergency items” by the Governor. 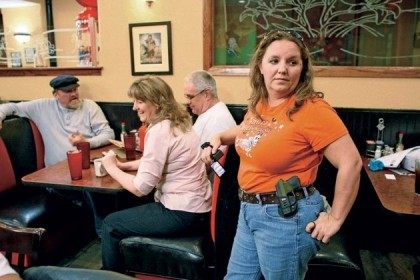 Guns Across America Austin Rally: Gun Rights are not About Guns, They are About Liberty 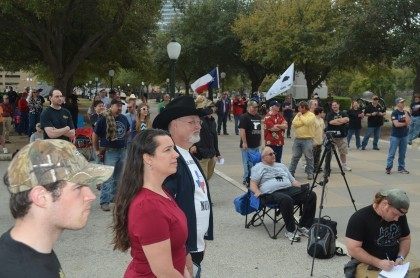 On February 17, Breitbart News reported that Moms Demand Action for Gun Sense in America lost when Texas Governor Greg Abbot used his State of the State Address to make clear that Texas will be the 45th state in the country to allow the open carry of handguns. 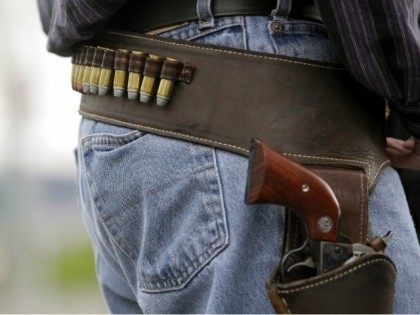 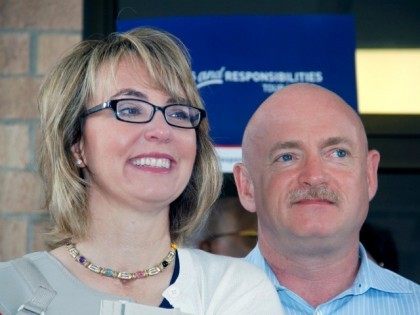 Open Carry Texas has denounced the activities of a North Texas group that has been reportedly stalking police officers while being openly armed. The group is known by Open Carry Tarrant County and received publicity lately for their activities that allegedly included confronting police officers in the performance of their duty. The group members are openly carrying weapons during these encounters. 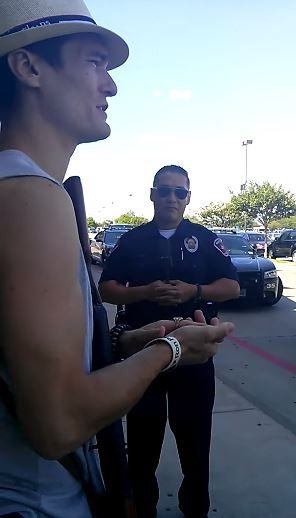