Pennsylvania police arrested a previously deported criminal alien from Connecticut suspected in the murder of his wife, assault of another woman, and kidnapping his daughter. The entire State of Connecticut has been certified by the Department of Justice (DOJ) as a sanctuary jurisdiction.

Police in the Keystone State arrested Oscar Obedio Hernandez, 39, after Bridgeport police issued an amber alert for his daughter, 6-year-old Aylin Hernandez. Police in his resident town of Bridgeport issued the alert after being called to his home. Upon arriving at the scene, police discovered the body of the child’s mother, Nidia Gonzalez. Police suspect Hernandez for stabbing Gonzalez to death, the Hartford Courant reported. Another woman, said to be a friend, was also stabbed repeatedly. She is expected to survive her wounds, Fox News reported. 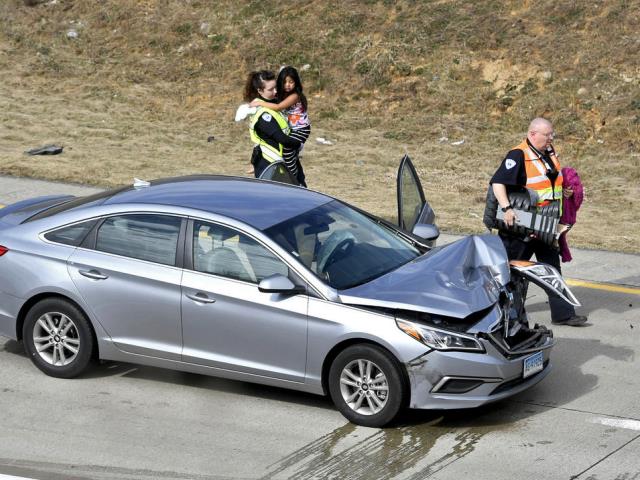 “He was removed from the United States by ICE officers in Hartford on Nov. 27, 2013,” Shawn Neudauer, an Immigration and Customs Enforcement (ICE) spokesman, said in a statement reported by the Courant. “He has prior felony convictions from 2002 for assault and threatening, as well as several misdemeanor convictions. ICE has placed an immigration detainer with the Bridgeport Police Department.”

Following a months’ long effort by Congressman John Culberson (R-TX), the DOJ certified the entire state of Connecticut as a sanctuary jurisdiction – making them ineligible to receive federal law enforcement grants. He said jurisdictions like Connecticut, California, and the other eight jurisdictions certified not to be in compliance with federal law, must “choose between protecting criminal aliens and receiving federal funds.”

Just two days ago, Breitbart News’ Warner Todd Huston reported Connecticut Governor Dannel Maloy sent a memo to law enforcement agencies advising them not to detain a criminal alien based on their immigration status. The sanctuary state governor insisted police should not treat immigration detainers as an official order or warrant. He continued, advising law enforcement officials to deny federal immigration authorities access to criminal aliens in their custody.

Hernandez was not unknown to local police. He had previously been served with a protective order from involving another woman who was not involved in this week’s case.

Bridgeport Mayor Joe Ganim, a convicted felon who was re-elected to his job after serving seven years in a federal prison after a 16-count corruption conviction, thanked the police for their rapid action to secure the missing girl.

Police in Pennsylvania spotted Hernandez’ Hyundai about 300 miles from his Connecticut home. A state police trooper initiated a traffic stop, but Hernandez reportedly refused to yield. Other troopers soon joined the pursuit, according to the Courant.

Hernandez eventually lost control and crashed his car into a tractor trailer. The pursuing trooper crashed his vehicle into the rear of Hernandez’ car, and another police vehicle struck the trooper’s car. Aylin Hernandez suffered minor injuries in the crash, Fox News reported.

Immigration officials placed an immigration hold on Hernandez. Bridgeport officials have not indicated if they will honor the detainer. Bridgeport spokesperson Rowena White said Hernandez’ immigration status “was not part of the conversation today.” She called it a separate issue from the current investigation.